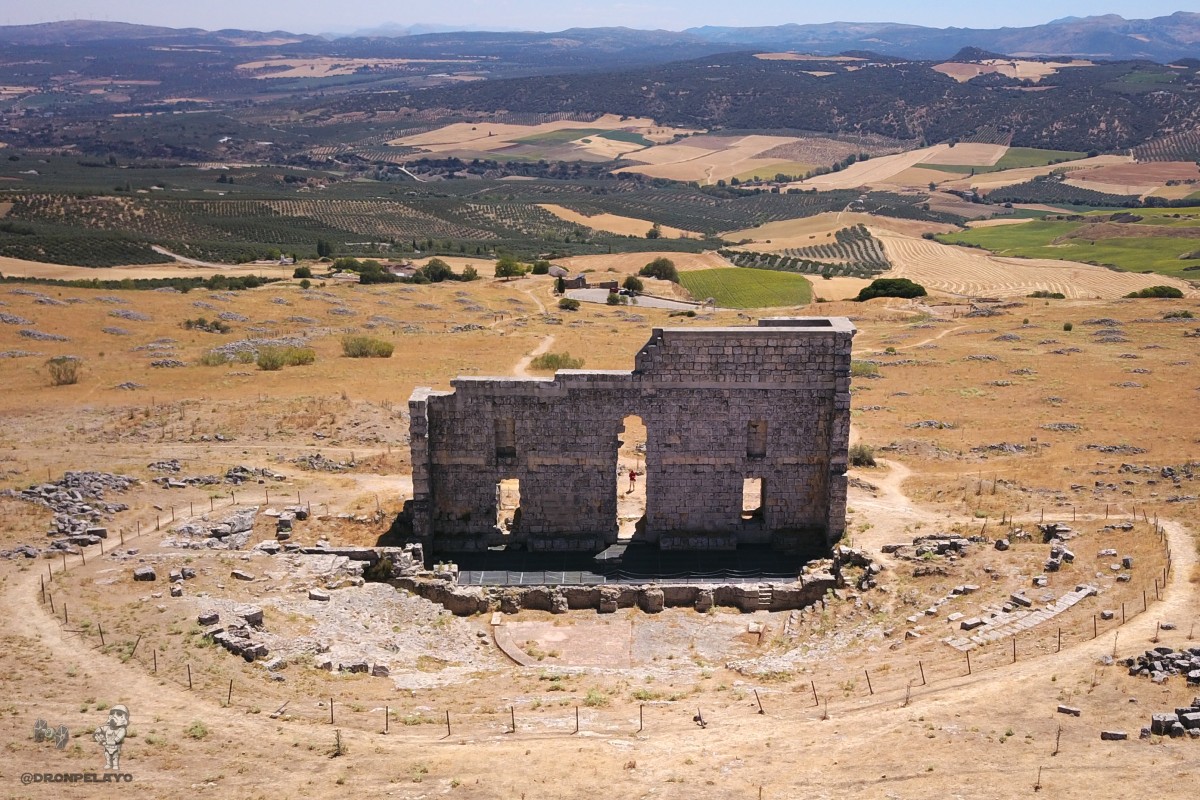 Acinipo was a city about 20 kilometers from Ronda, near Seville, Southern Spain, believed to have been founded by retired soldiers from the Roman legions more than 2,000 years ago. The remaining ruins include a Roman theater still in use today. It is known locally as Ronda la Vieja, Arunda or Old Ronda; though it has a separate origin and history from Ronda