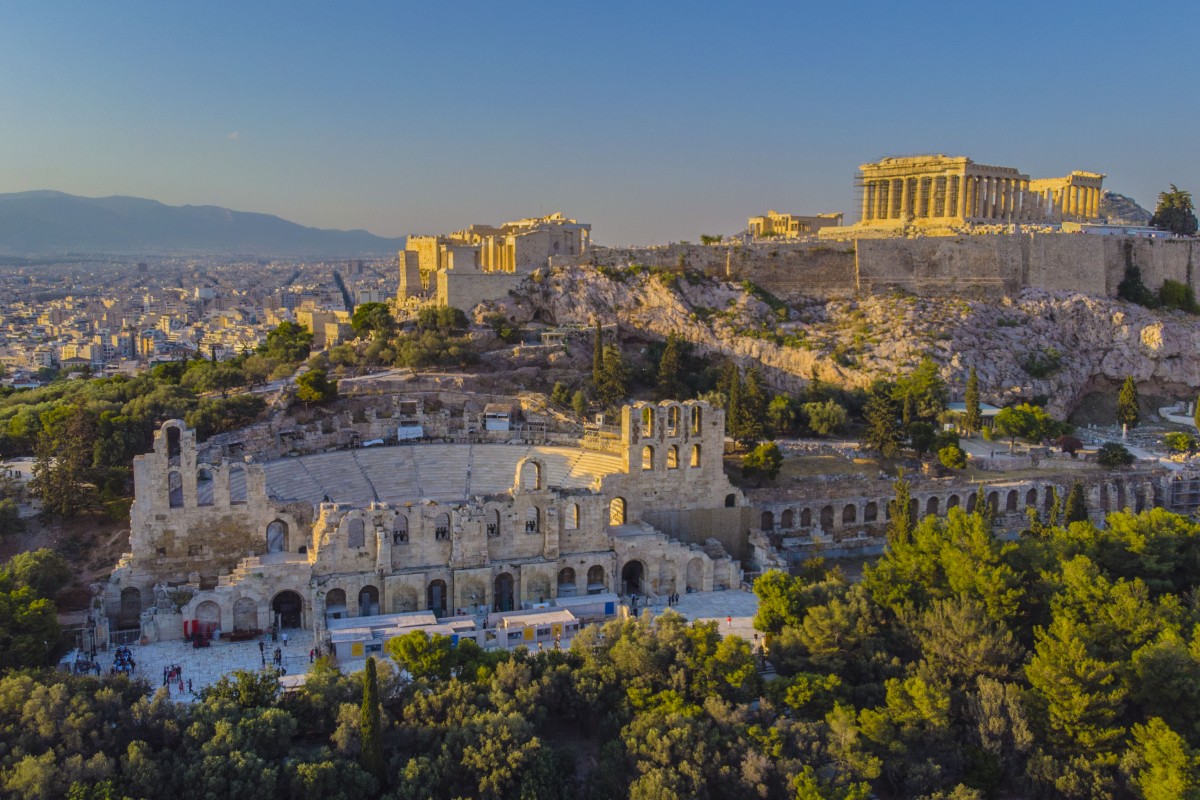 The Acropolis of Athens is an ancient citadel located on a rocky outcrop above the city of Athens and contains the remains of several ancient buildings of great architectural and historic significance, the most famous being the Parthenon. The word acropolis is from the Greek words ἄκρον (akron, “highest point, extremity”) and πόλις (polis, “city”).[1] Although the term acropolis is generic and there are many other acropoleis in Greece, the significance of the Acropolis of Athens is such that it is commonly known as “The Acropolis” without qualification. During ancient times it was known also more properly as Cecropia, after the legendary serpent-man, Cecrops, the first Athenian king.