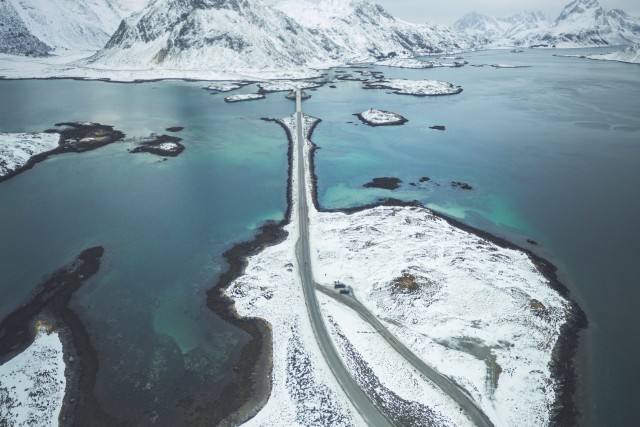 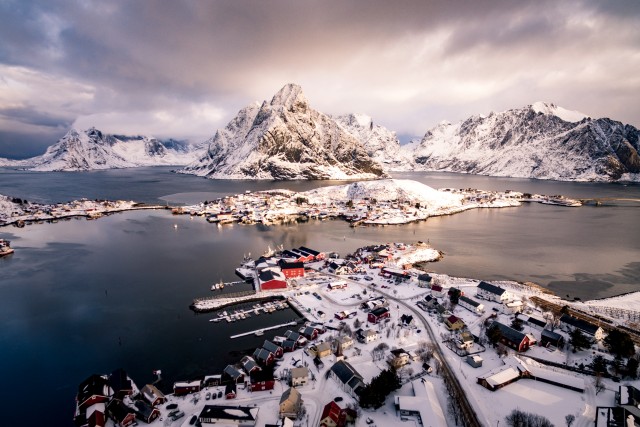 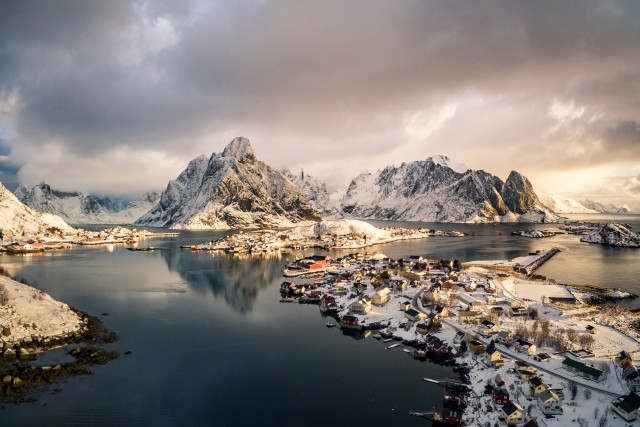 the beautiful town of Reine, in the remote Lofoten Islands, norther the Arctic Circle. Norway 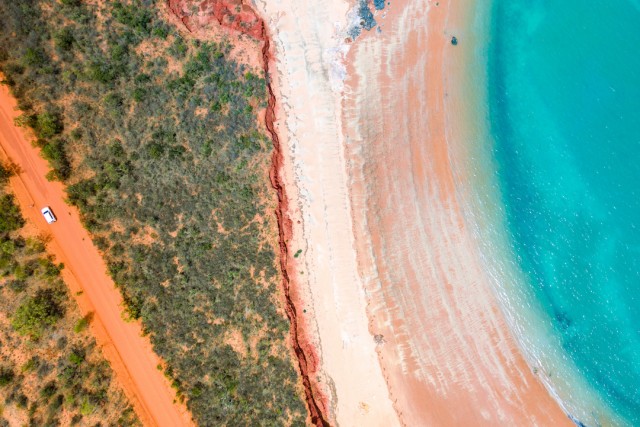 Top-Down view of the remote Australian West Coast, with a lonely red unpaved road near the turquoise Indian Ocean. 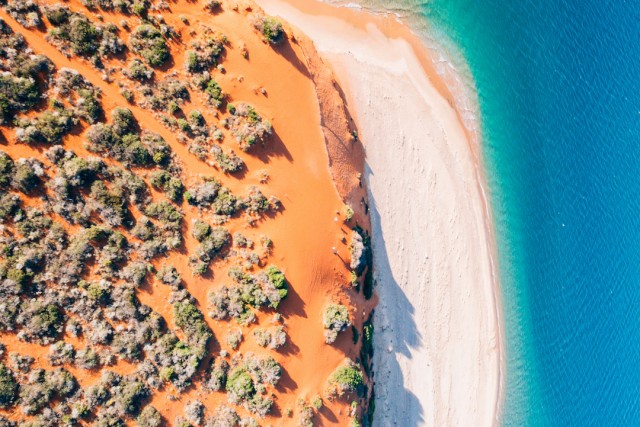 Reacing the remote Cape Peron, in Western Australia, is an adventure itself, as you have to drive in a sandy desert for lot of miles. But at the end you'll reach a stunning and pristine coastline, while the torquoise ...