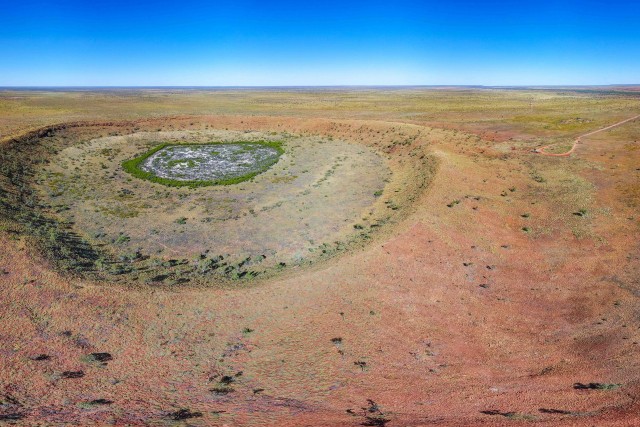 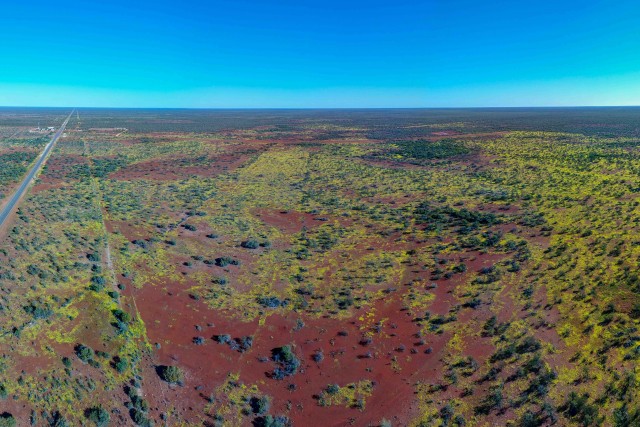 The semi arid landscape near Denham, becomes a sea of yellow during the wildflower season. 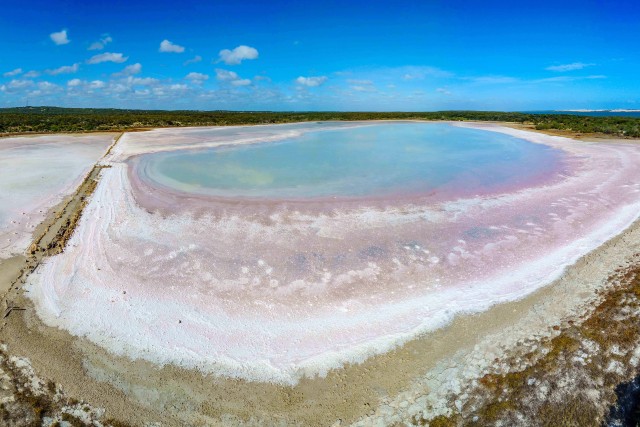 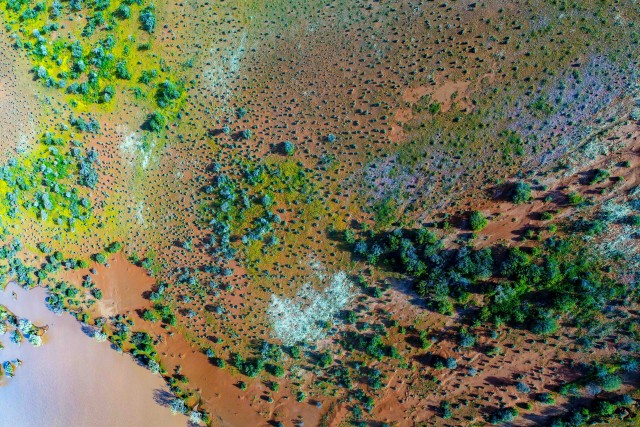 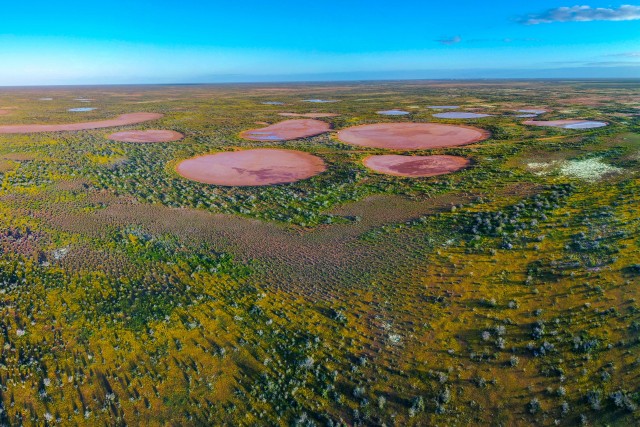 Large clay pans intersperse the fields of yellow and white everlasting Daisies. Photograph was taken when the sun was low in the sky, so that the surrounding vegetation cast long shadows on the landscape. 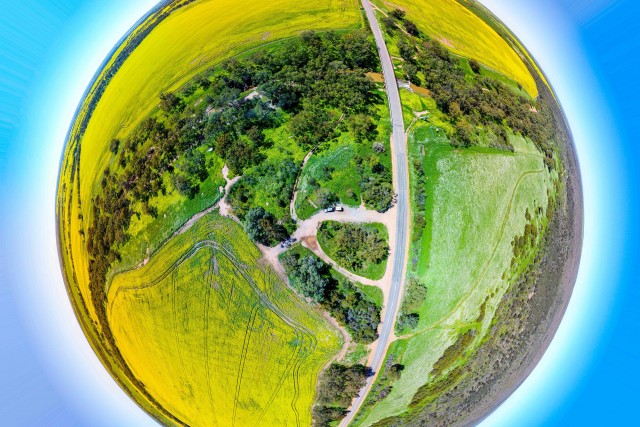 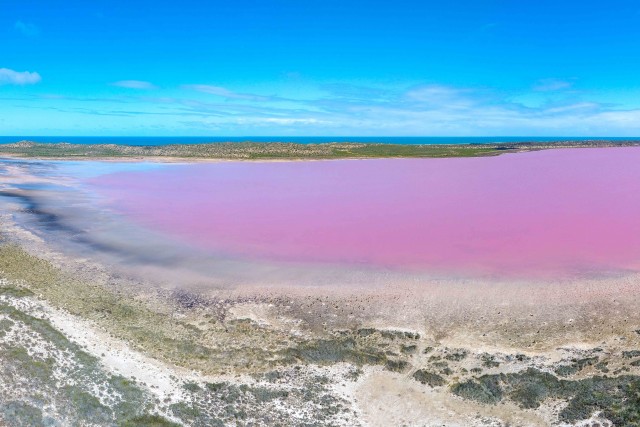 Port Gregory pink lake, also known as Hutt Lagoon. The pink colouration is due to the presence of carotenoid-producing algae Dunaliella salina. Port Gregory is a small fishing village in Western Australia 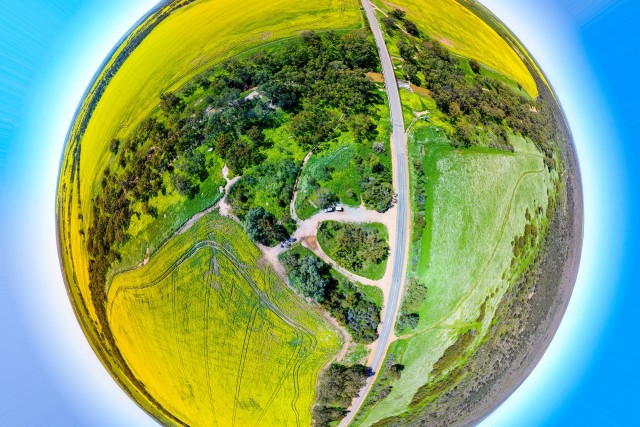 A sea of gold