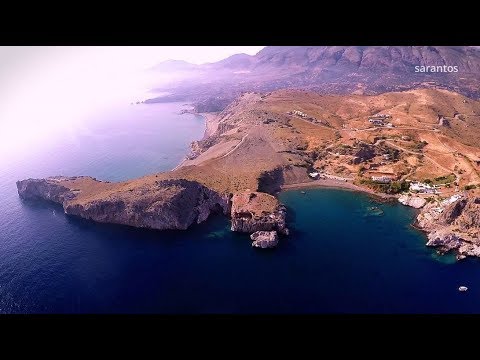 The beach with the imposing sand dunes of Agios Pavlos

When nature has a mood for creating! An imposing and at the same time unique creature of Cretan nature is located sixty kilometers from Rethymnon on the south coast of the island. Next to the beach of Agios Pavlos, ... 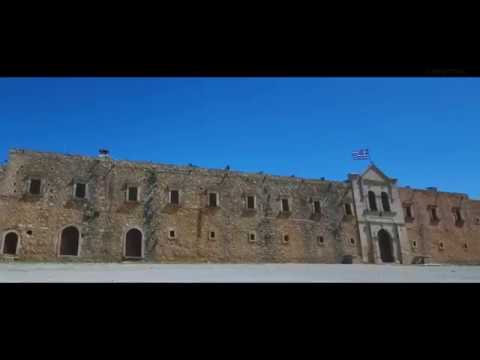 Arkadi … the world symbols of self-sacrifices and freedom

Arkadi .. the name that became a legend and synonym of self-sacrifice and freedom. The Cretans who preferred to blow up rather than fall into the hands of the Turks wrote another golden page in the book of our glorio... 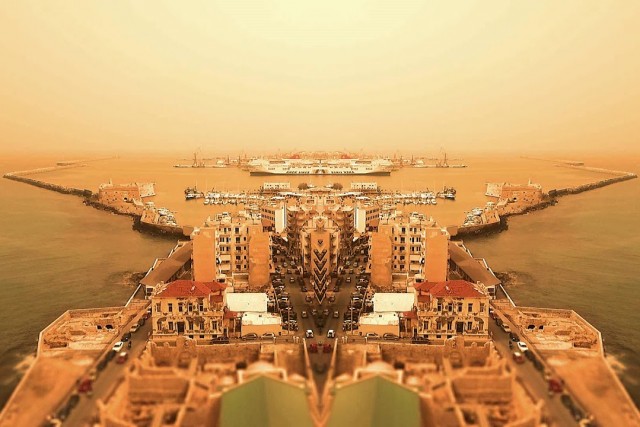 The dusty city, otherwise ... A different look at the dusty city .. Heraklion and all of Crete have been covered by the African veil of dust that has been "up and down" in the atmosphere of the island. You enjoyed ... 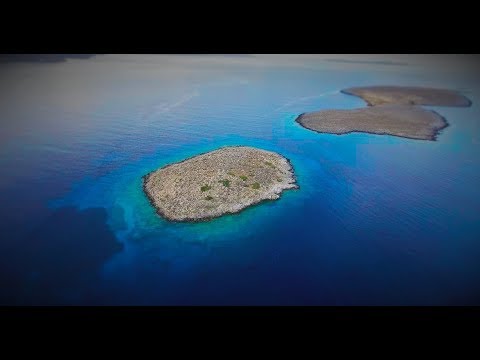 The Grandes islands and Hiona beach

When the top destination for good fresh fish is combined with beautiful landscapes and the filming of the drone, then we are talking about "magic" in the eastern part of Crete. In the middle of the summer a video to ... 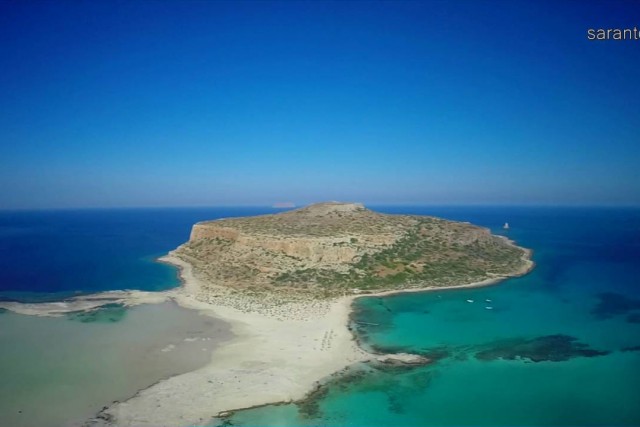 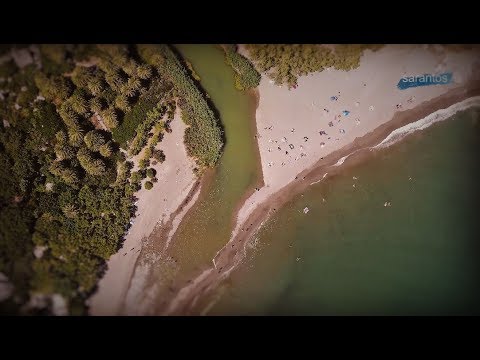 Αn earthly paradise! The palm forest with the lake / river, the steep rocks and the beach of Preveli, create a rare beauty landscape in the south of Rethymno that will charm forever any lucky traveler found in the pl... 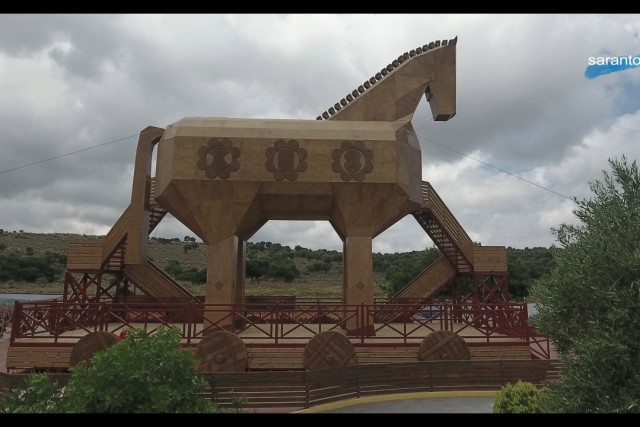 THE TROJAN HORSE IN CRETE

A Trojan Horse like the one that Odysseus inspired to conquer Troy of the Ancient Greeks, was built and is still on Crete for a while. Surprising is the impressiveness and awe of those who find themselves in front of... 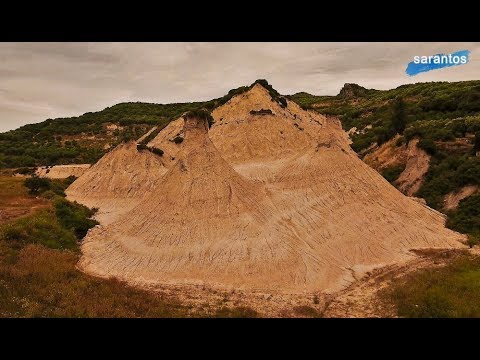 The impressive pyramid comolithi of Crete

Τhe video you see is shot in Crete! They are the Comolithi, the strange and highly impressive pyramid formations in Kissamos, Chania. They are almost entirely made of soft clay that over time and weather have been sc... 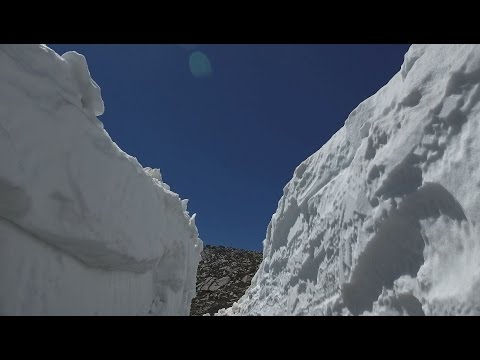 When the Psiloritis resembles Antarctica…

Psiloritis does not stop to surprise us and impress us with its wild beauty. A phenomenon reminiscent of the Antarctic landscape has been observed in the last few days on the ridges of Psiloritis. At an altitude of 1... 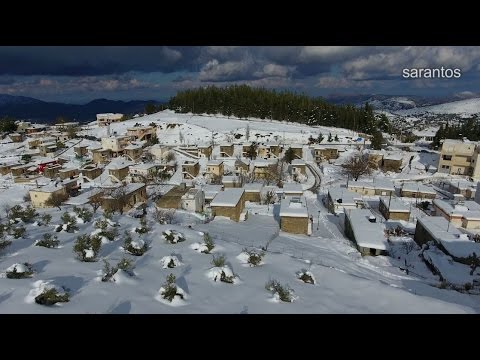 The white top of Psiloritis, the village of Anogia and the visitors have fun with snow. 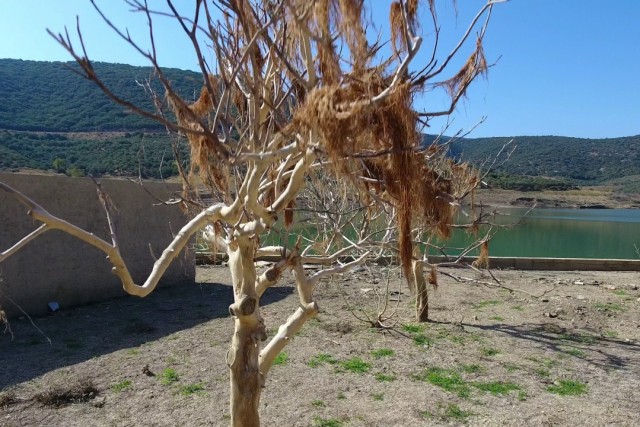 The village emerges instead of sinking.

Not sinking, but emerges !! The Sfentyli that stubbornly refuses to stay in the bottom of the reservoir of the dam Aposelemis, a few kilometers from Hersonissos. The village is located within the boundaries of the r... 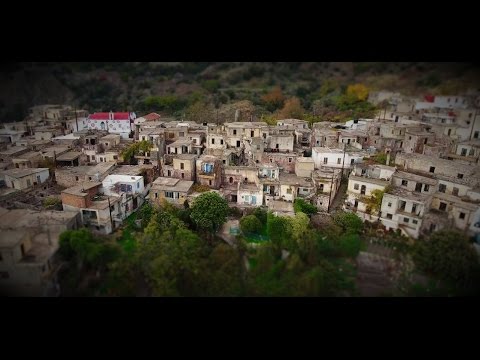 The face of abandonment… Kalami village in Creta.

It could be a village of embattled Syrian residents of the left in one night to save. A populous beautiful village residents of the given up. Open doors and windows in homes with corpses scattered objects on the flo... 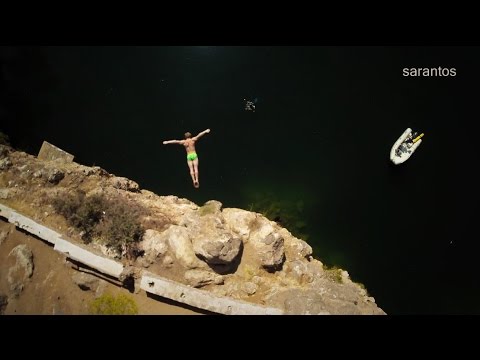 ‘’Cliff diving’’ in the lake of Agios Nikolaos

‘’Cliff diving’’ Dive from the high cliffs to the lake of Aghios Nikolaos. Jumping Breathtaking by Jan Wilko Heinzel, who prepares for the competition ''Cliff diving 2016’’ to be held on 26 and 27 August in the beauti... 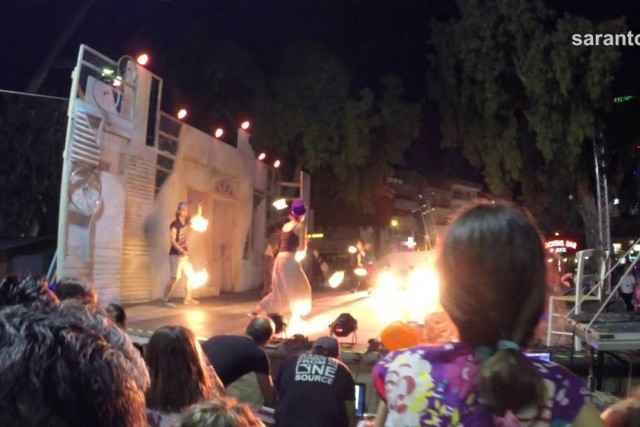 Night flight over the ”Street ART Festival” in Heraklion 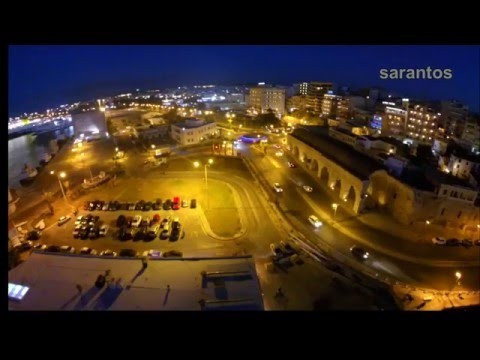 Night flight over the city lights

A night flight over the beautiful Venetian port of Heraklion. The coastal road with heavy traffic, the old dockyards, the square 18 English, the Koules fortress that dominates imposingly without scaffolding and covers... 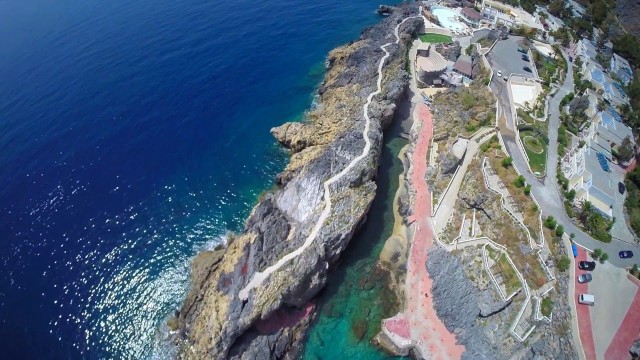 An incredibly magical landscape reminiscent of Norwegian fjords, but with the sun colors the rocks and the wild beauty of Crete is well hidden in the Libyan Sea. South Rethymnon, between Plakias and Preveli is the 'K... 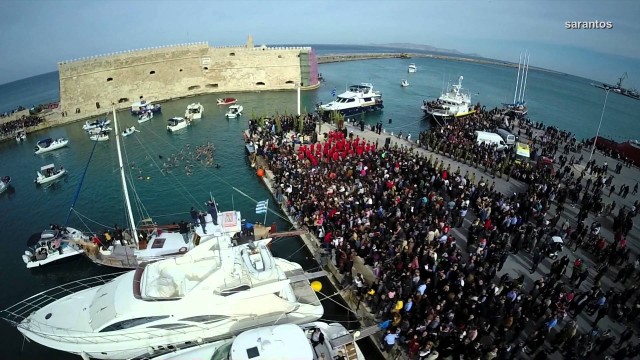 The Blessing of the Waters 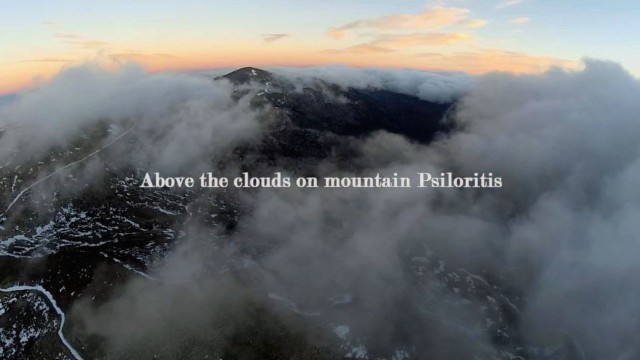 Αbove the clouds in mountain Psiloritis

Flying above the clouds on Psiloritis peaks. The imposing mountain embraced the clouds just before the sun sets and gives us a unique atmospheric air ride. It required no more than 80m from the ground to record the d... 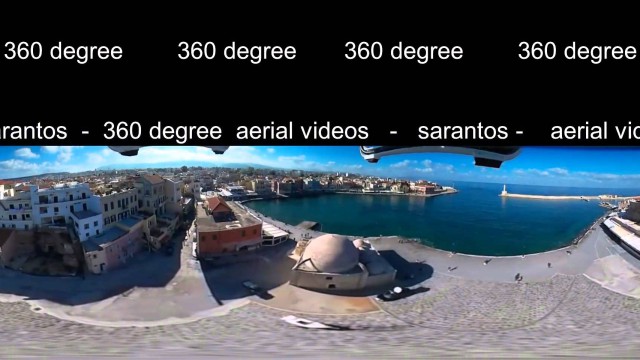 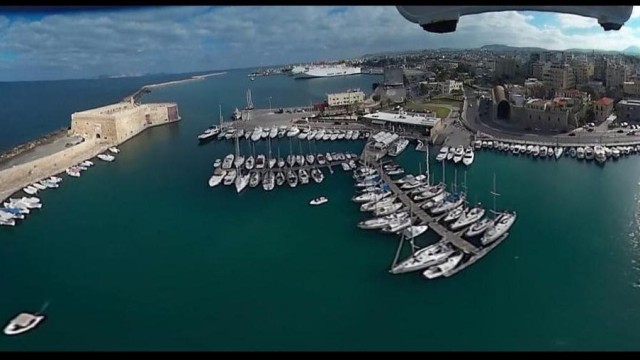 The Venetian port of Heraklion from above with special camera for 360 ° shooting positioned in drone. Browse the beautiful Venetian harbor, the fortress Koules and live the feeling of virtual reality flying and turni... 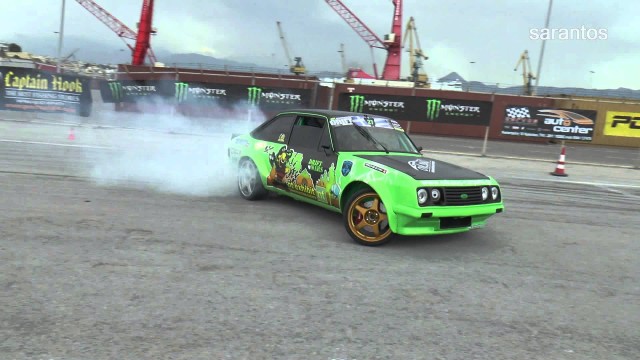 Drift Challenge in Heraklion port impressed many fans of sports car found the port of Heraklion on the weekend we went. A glimpse of the spectacle in a video full throttle spectacle and melted tires !!! 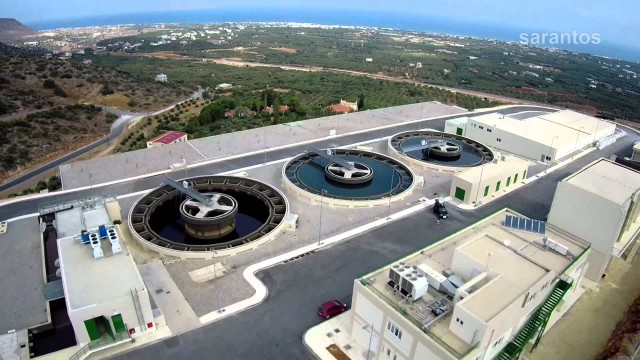 The dam that will quench a thirsty city …

In Heraklion Crete the water... is a problem! It is assumed that each house has its tank and each tank of the building, so the days cut the water supply from the mains of the municipality, not left without water.  ... 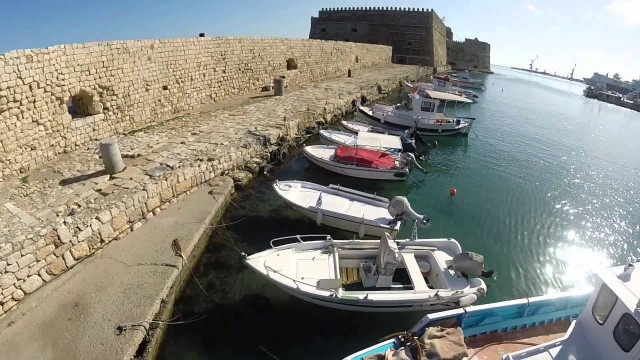 The Venetian port and fortress Koules in Heraklion Crete. 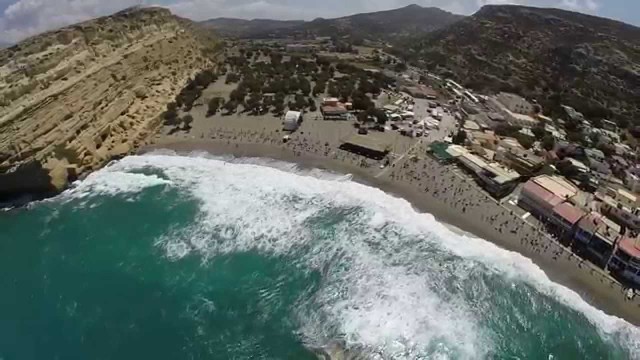 Matala…the place of hippies in the 70’s

The charming village of Crete with caves. Became famous all over the world the decade of the 70's with its hippies.