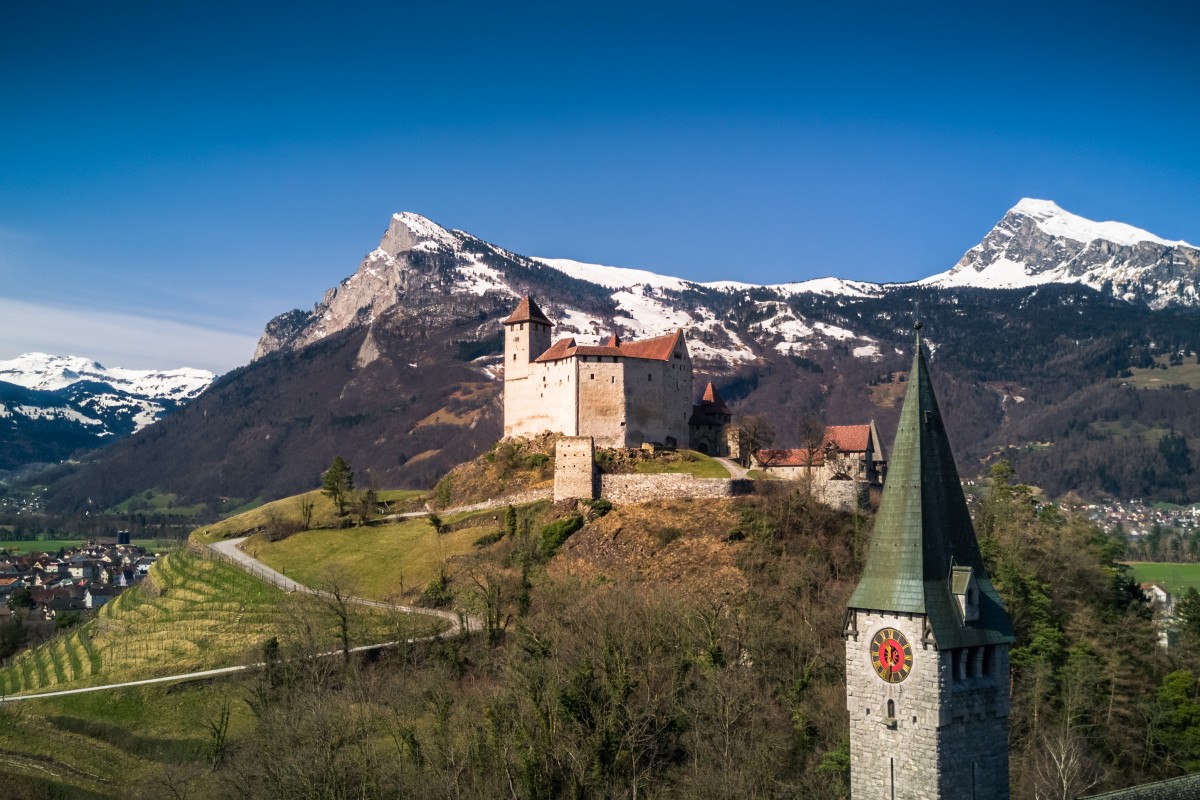 Gutenberg Castle began its existence as a medieval church and cemetery on a hilltop. In the early 12th century, the cemetery was cancelled and the fortification of the former church structure had slowly began with the addition of a ring wall, forming a simple, roughly circular keep. During the 12th century, several additions followed, in particular the creation of the main tower as a vertical extension of the existing keep. Later on, the tower was outfited with merlons. The first written record of the castle’s name comes from 1296.