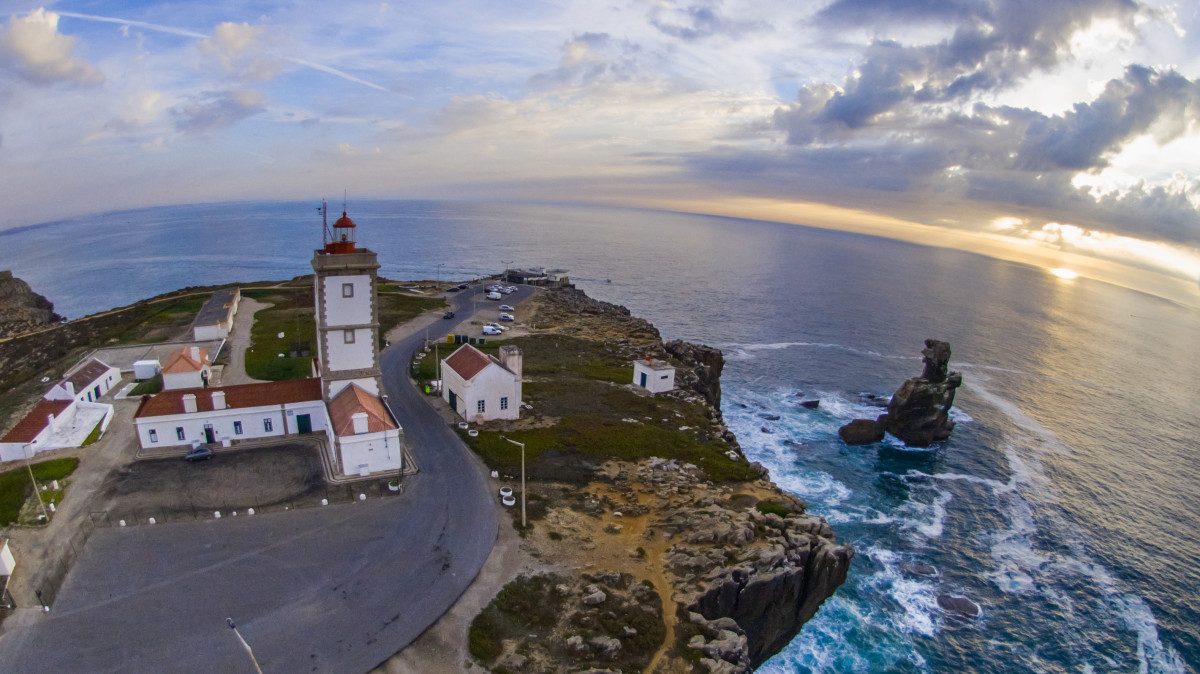 The Cape Carvoeiro is a cape that is located on the edge of Peniche Peninsula, on the Atlantic Ocean, in the municipality of Peniche, District of Leiria, Portugal. It’s a great local asset value (geological and landscape) [1], with a variety of heavily eroded limestone cliffs and Lapiás fields.

It is the most western cape of the Portuguese mainland coast north of Cabo da Roca. The west can sight up the small archipelago of Berlengas, part of a natural terrestrial and marine reserve.

In this place was built the lighthouse at Cape Carvoeiro, 25 m high, due to the numerous shipwrecks that occurred on that stretch of coastline.

The small Chapel of Our Lady of Remedies, about the cape, is the target of a busy pilgrimage. Has the inside coated valuable tiles of the eighteenth century, the workshop master Antonio de Oliveira Bernardes.

In the Grotto of Furninha neighbor, they found traces of human occupation dating back to prehistory.