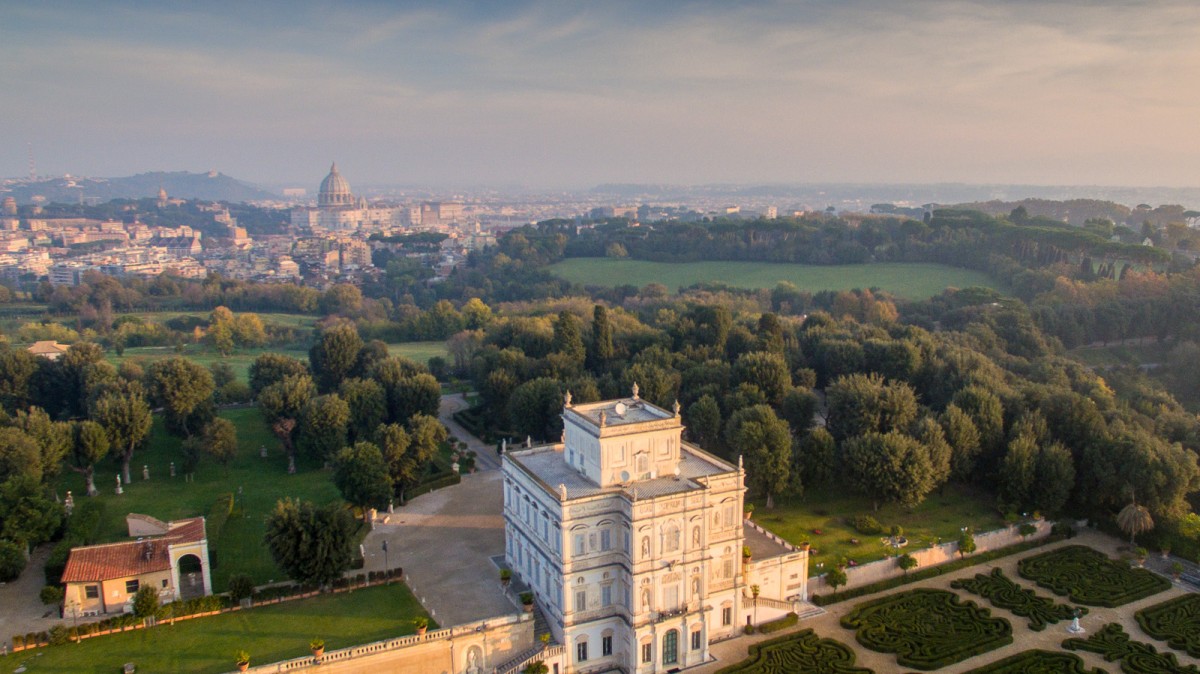 The Villa Doria Pamphili is a seventeenth-century villa with what is today the largest landscaped public park in Rome, Italy. It is located in the quarter of Monteverde, on the Gianicolo (or the Roman Janiculum), just outside the Porta San Pancrazio in the ancient walls of Rome where the ancient road of the Via Aurelia commences.
It began as a villa for the Pamphili [1] family and when the line died out in the eighteenth century, it passed to Prince Giovanni Andrea IV Doria from which time it has been known as the Villa Doria Pamphili.