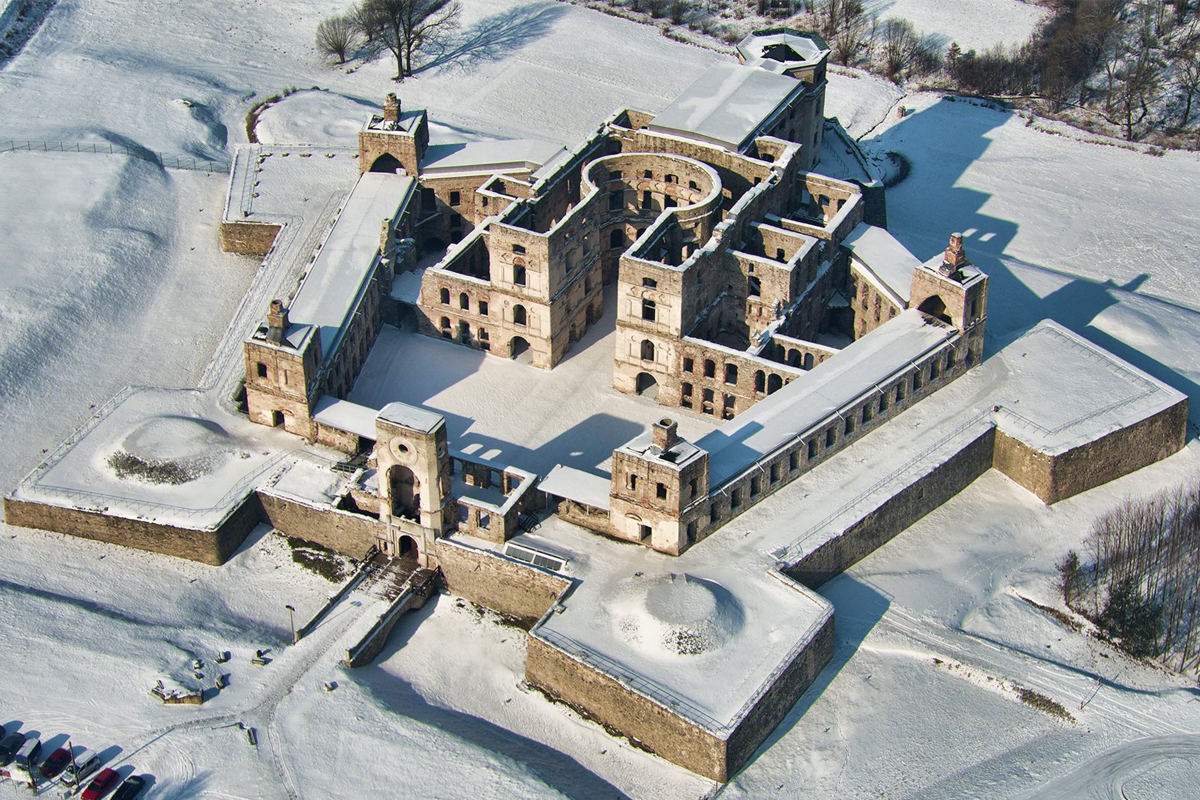 The castle in Ujazd arose in the XVIIth cent. and was one of the biggest and most magnificent lordly castles in Poland. It is the typical example of so called ‘palazzo in fortezza’, that is the representative residence adjusted to defense. In spite of numerous explorations of the castle, which ended up with publications, till now it has not been exactly known when Krzysztof Ossoliński began building the castle in Ujazd