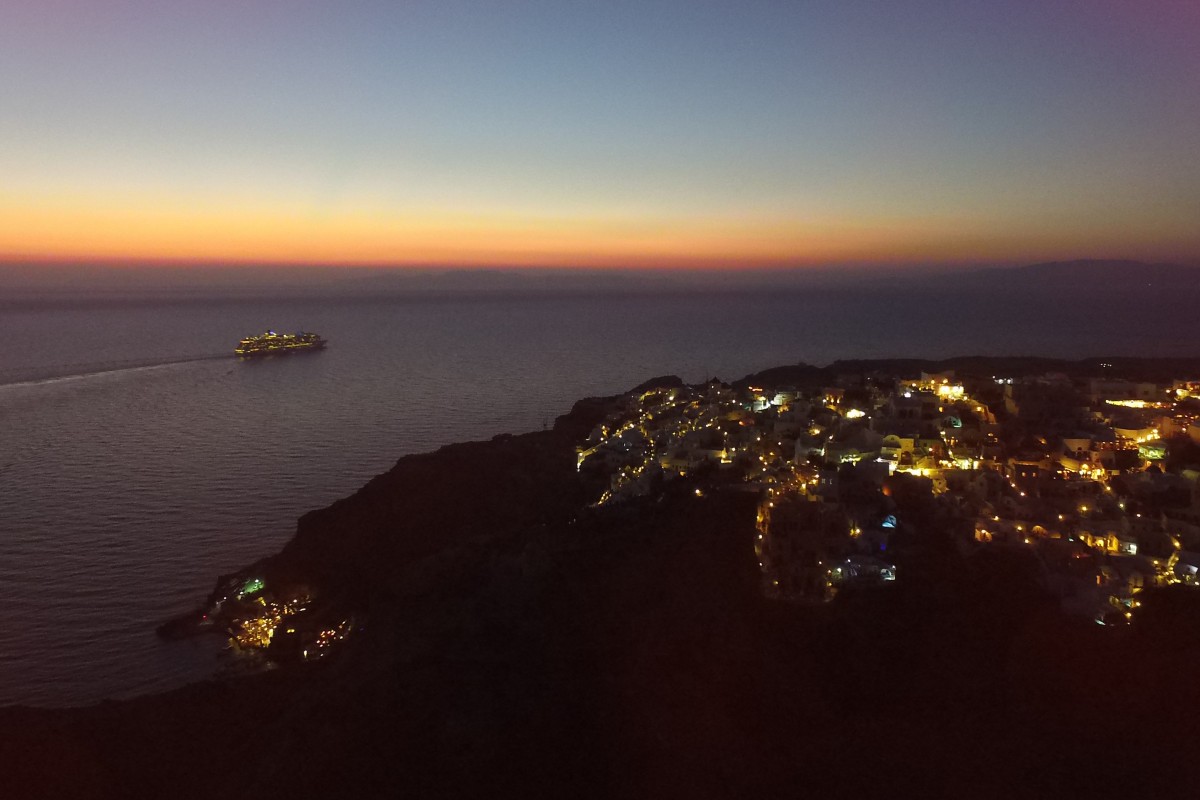 Oia or Ia is a small town and former community in the South Aegean on the islands of Thira (Santorini) and Therasia, in the Cyclades, Greece. Since the 2011 local government reform it has been part of the municipality of Santorini, of which it is a municipal unit.It covers the whole island of Therasia and the northwesternmost part of Santorini, which it shares with the municipal unit of Santorini. The main street is named Nikolaou Nomikou. The population was 3376 inhabitants at the 2001 census, and the land area is 19.449 km2.
Oia was previously known as Apano Meria, a name which still occurs locally as Pano Meria,and the inhabitants are still called Apanomerites. The Ancient Greek Oia was one of the two harbours of ancient Thera and was located in the southeast of the island, where Kamari is now.
Oia reached the peak of prosperity in the late 19th and early 20th centuries. Its economic prosperity was based on its merchant fleet, which plied trade in the Eastern Mediterranean, especially from Alexandria to Russia. The two-story captains’ houses built on the highest part of the village are a reminder of the village’s former affluence. Part of the town was destroyed by the 1956 earthquake.