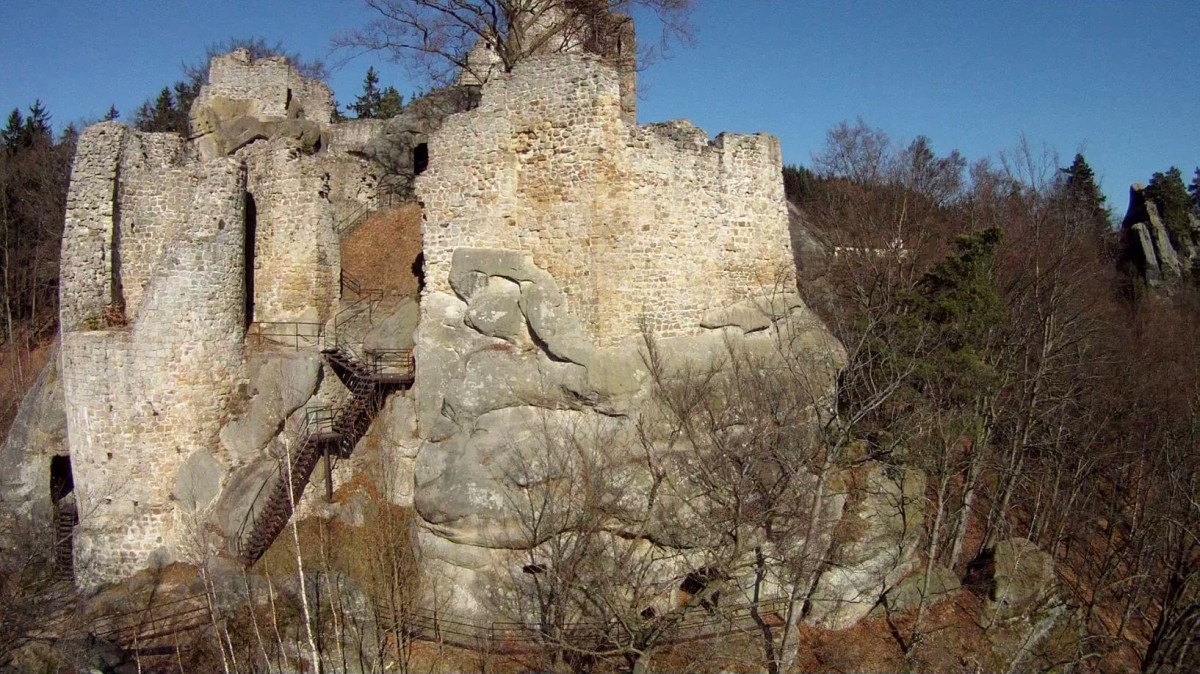 Frydstejn castle was constructed during 14th century (exact date is not known). It is mentioned for the first time in a church source from 1385. Being owned by a Catholic it was besieged by Hussites in August 1432 but its lord had agreed to cease hostilities and later joined the Hussites. The castle had changed owners several times. After a sale in 1556 it lost its function as a watchtower and at the end of 16th century it was no longer inhabited. During the Thirty Years’ War marauders, deserters, and fugitives of every kind found shelter here.