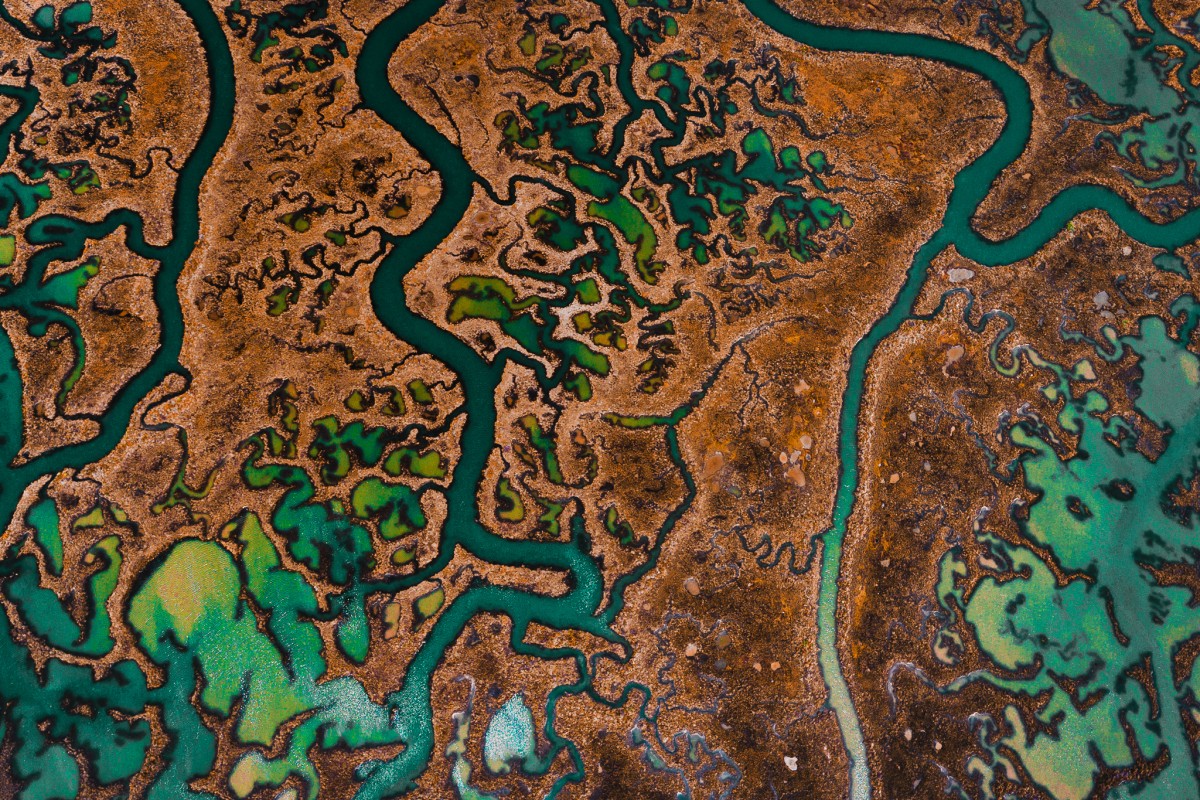 The tides are provided by means of the attraction of the Sun and the Moon over the waters of the sea. The forces acting on the tides occur because the Earth is an extensive body and the gravitational field that is produced by the Sun or the Moon is not identical as a whole because there are some points on Earth that are closer and others more distant Of these stars. Such gravitational fields promote accelerations that act with different intensities in the terrestrial surface causing that the masses of water that are closer to the Moon or the Sun have as consequence the acceleration with a greater intensity level, in relation to those that are more distant. This is the divergence of points closer and further away from the Sun and Moon that explain the occurrence of the tides. The incoming and outgoing water changes the landscape constantly. I was inspired by the texture changes in the landscape after a change in the sea level. I try to photograph unique places. I am very frequently amazed by the result of the pictures, the colors, the shapes. Truly fascinating. You see the landscape from a totally different perspective and can see much more from the sky then from the ground.