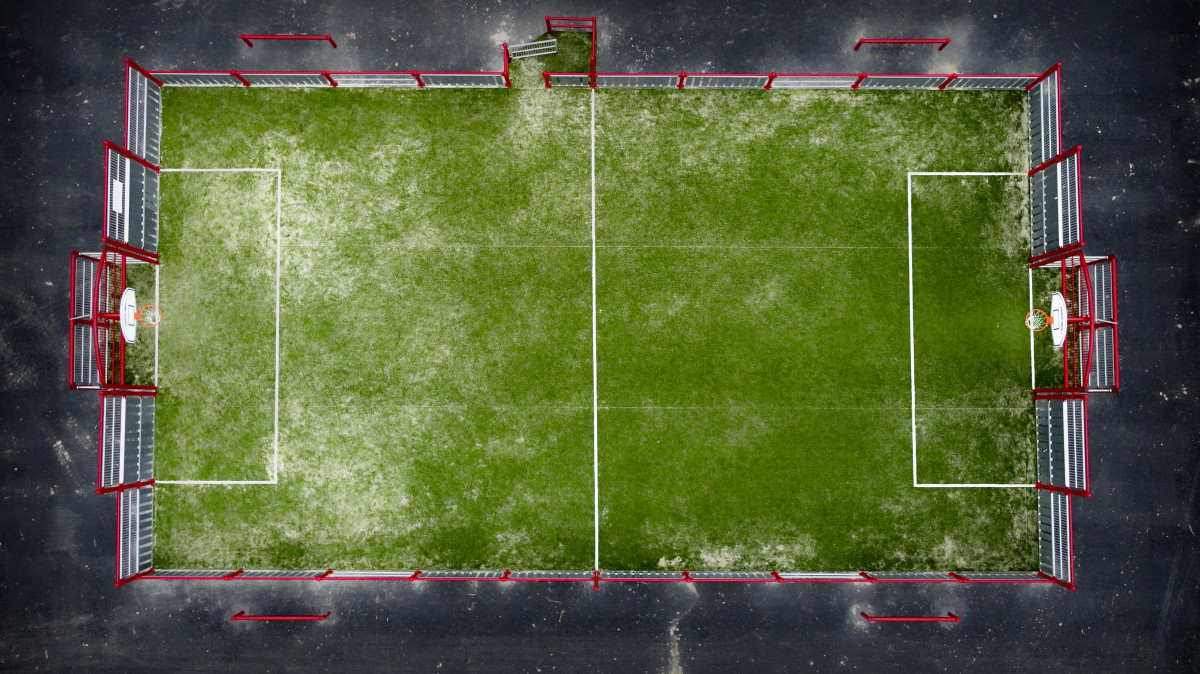 This picture has been shoot in a raining day of winter in the brittany village of La Noë Blanche. The mayor wants to communicate in the village newspaper about the new sportfield built in 2015. I shoot some classical pictures of this field, with a big one and the cultural center, and at the end of the shooting I decided to make this graphical and geometrical picture, an original and funny point of view of the sport in rural cities.
An helicopter couldn’t take the same picture, because the height is only of few meters above the stadium, no way in French to fly like that witth an helico !