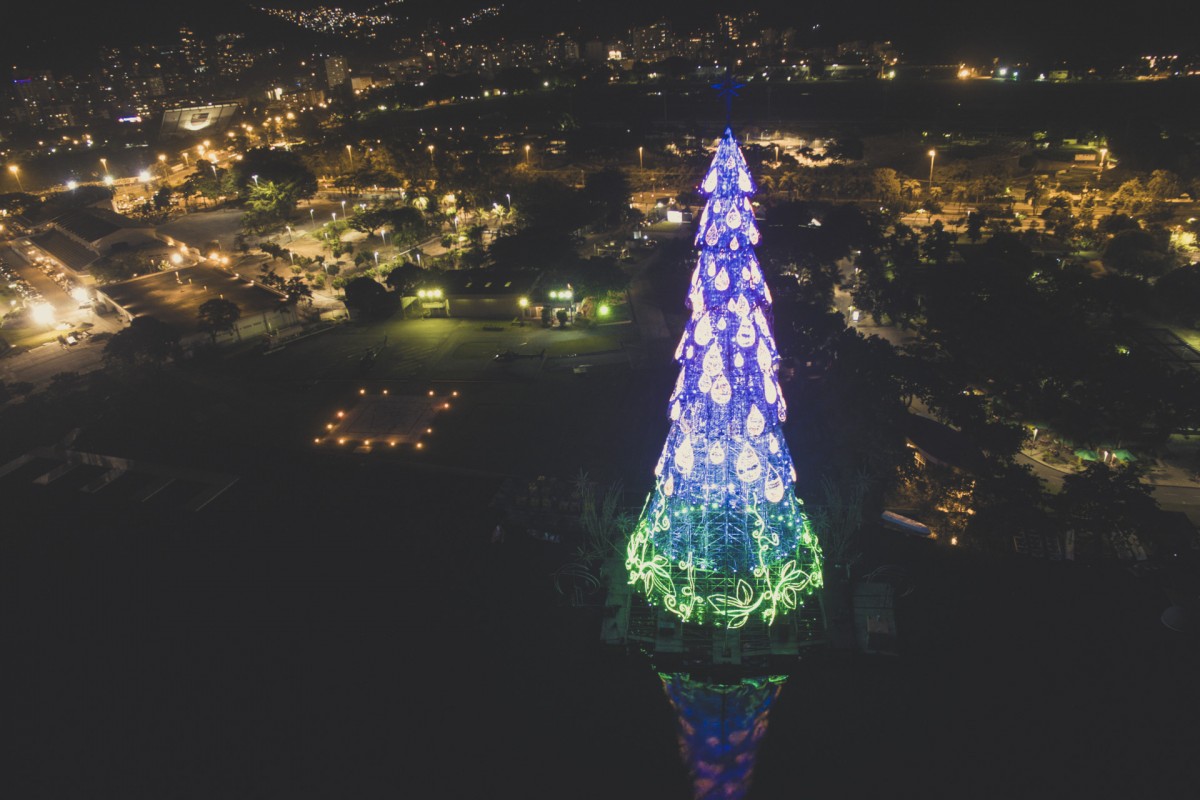 The Rodrigo de Freitas Lagoon Christmas Tree is a mega-structure, which since 1996 has been set up on Lagoa Rodrigo de Freitas, in the city of Rio de Janeiro. In 2013 it reaches 85 meters high, equivalent to a 28-storey building.
The inauguration usually takes place between November 25 and December 2 of each year. In 2007, it was broadcast on television for the first time, the inauguration of the tree, which marks the beginning of the Christmas season in the city.
The Christmas symbol is the third most important event of the official calendar of the city of Rio de Janeiro, being just behind the Carnival and the Turn of the Year.