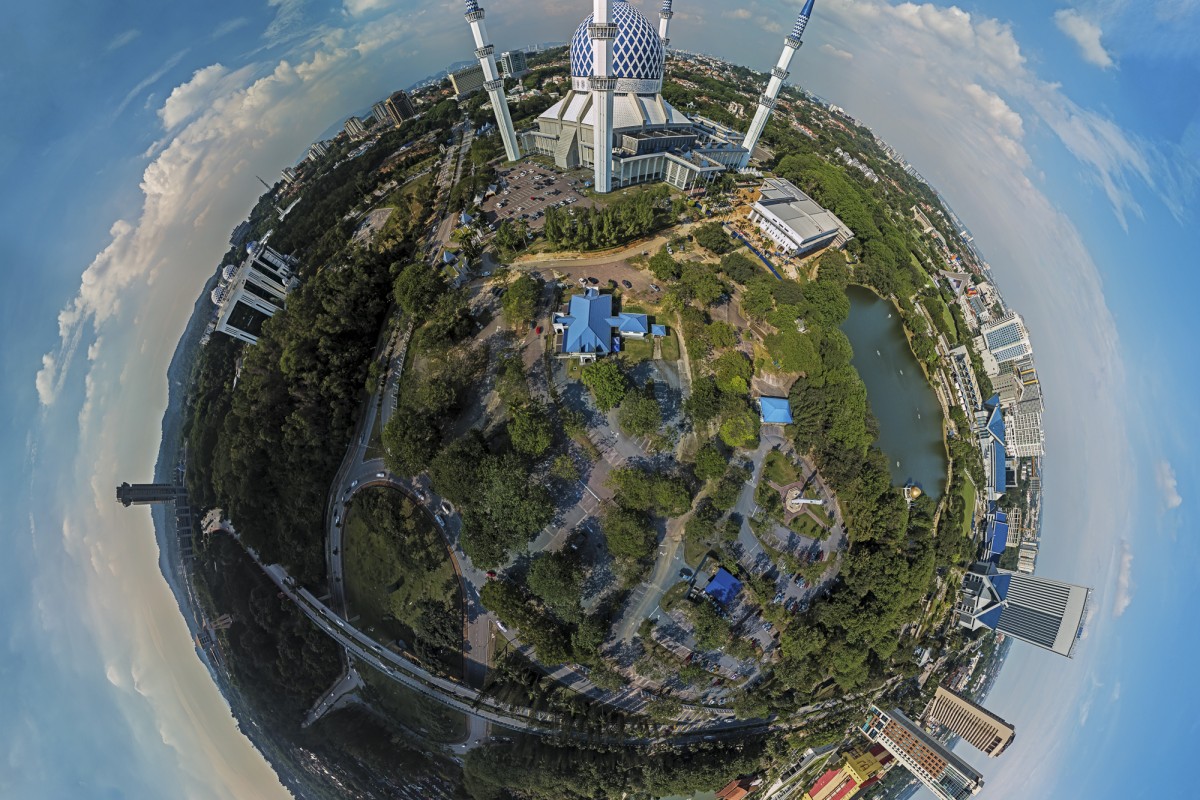 The Sultan Salahuddin Abdul Aziz Shah Mosque (Malay: Masjid Sultan Salahuddin Abdul Aziz) is the state mosque of Selangor, Malaysia. It is located in Shah Alam. It is the country’s largest mosque and also the second largest mosque in Southeast Asia after Istiqlal Mosque, Jakarta in Indonesia. Its most distinguishing feature is its large blue and silver dome. The mosque has four minarets, one erected at each of the corners.

A 360 panoramic drone consisting of 38 different images captured with Mavic Pro and stitched together with PTGui.