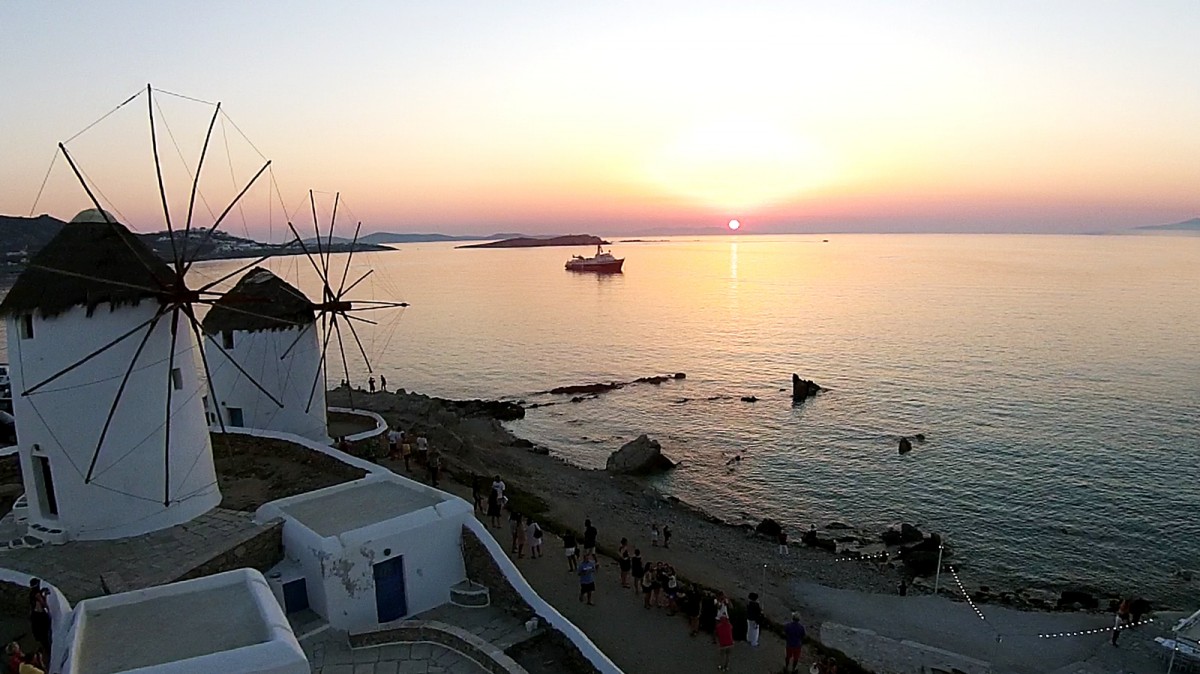 Aerial video of Mykonos island Chora
Mykonos is a Greek island, part of the Cyclades, lying between Tinos, Syros, Paros and Naxos.The island was one of the first Greek islands that developed tourism from the 60’s .Today the nightlife of Mykonos is considered the most vibrant and active in Europe. The most famous part of the island is called Little Venice because of its similarity to Venice.