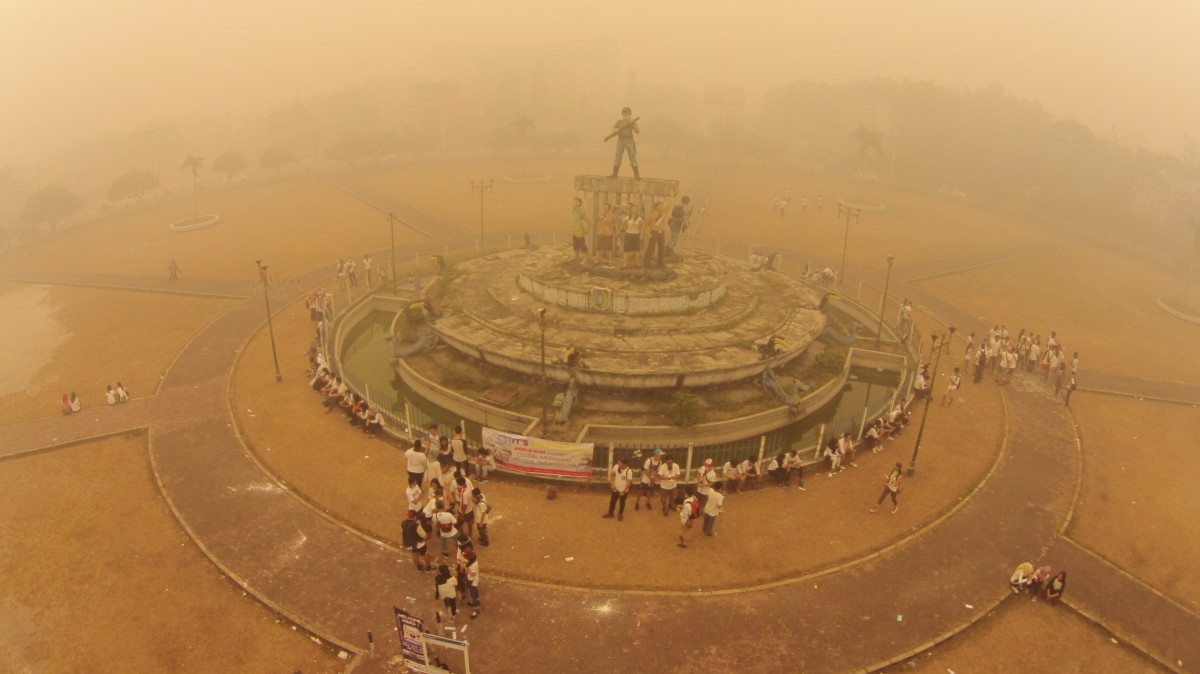 Palangkaraya – The most polluted place on earth!
This photo was taken on October 4th, 2015 when my friends and I did a campaign called “Kalteng with Love” where we gave free masks, milk and vitamin for the people in the city of Palangkaraya, Central Kalimantan, Indonesia. Thick smoke was hovering over where we live. The particulate meter that day showed that the air was so poluted and reached over 2000 psi. The smoke was caused by the fires in Borneo peatlands that was started from the end of July. For almost three months the people in Borneo had to breathe such toxicating air. There are lots of people who suffered from respiratory problems. Schools off. Flights could not operate. Economic system became paralyzed.
Borneo is known as the lungs of the world and the fifth largest greenhouse gas emitter in the world, and these fires are not helping. We were even labelled as the most polluted place on earth.
Through this photo, I would like to raise the world’s awareness that this matter is a huge problem for all of us. This challenge is addressed not only to people in Borneo and Indonesia, but also to the entire world.
Could you imagine if all of the forests in Borneo disappear and there is limitied source of oxygen left for over 7 billion people?