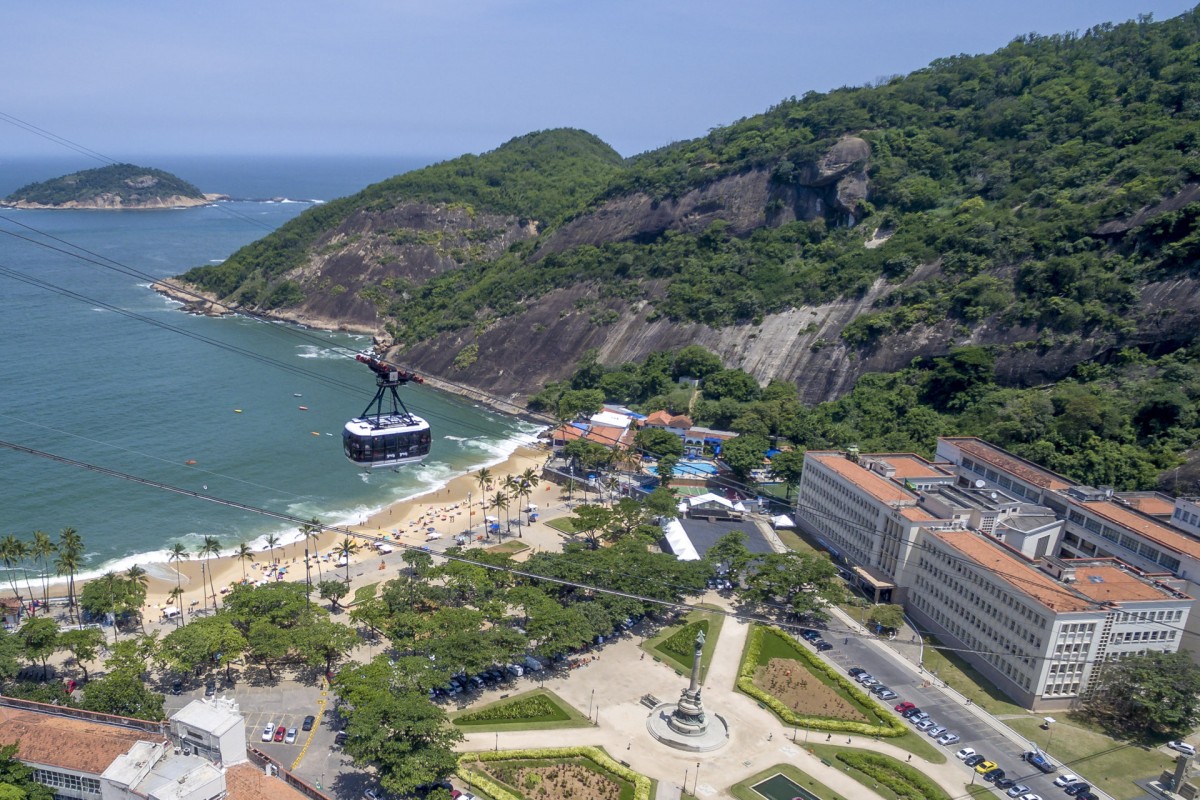 The Sugarloaf Cable Car; Portuguese: Bondinho do Pão de Açúcar) is a cableway in Rio de Janeiro, Brazil. Moving between Praia Vermelha and the Sugarloaf Mountain, it stops at Morro da Urca (at 722 feet (220 m)) on its way up and down, and reaches the summit of the 1,299-foot (396 m) mountain.

The cableway was envisioned by the engineer Augusto Ferreira Ramos in 1908 who sought support from well-known figures of Rio’s high society to promote its construction. Opened in 1912, it was only the third cableway to be built in the world. In 1972 the cars were updated, growing from a capacity of 22 to 75, and in 1979 it featured in an action scene for the James Bond film Moonraker. Today it is used by approximately 2,500 visitors every day. The cable cars run every 30 minutes, between 8 am and 10 pm.