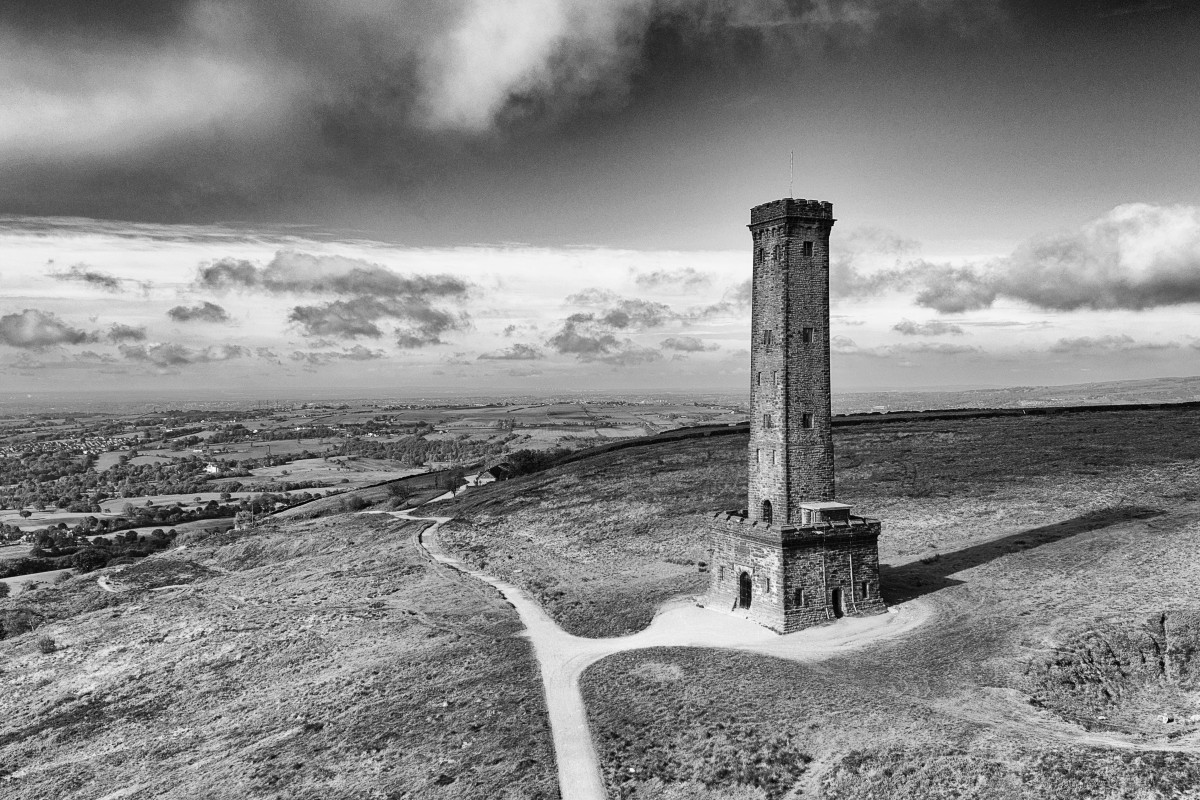 The memorial tower to Sir Robert Peel, also known as “Holcombe Tower”, high above Ramsbottom was planned and erected at the same time as Bury was preparing its statue to the then recently deceased statesman who was born in Bury.

The tower occupies a prominent position on Harcles Hill, (known locally as “Holcombe Hill” due to its location next to Holcombe village) 1100 feet (335 m) above sea level. The monument is believed to have been designed by members of the memorial committee who included the local textile entrepreneur and philanthropist William Grant. Grant was said to have been responsible for the site. which was in a direct line from his own house, Nuttall Hall, and St Andrew’s church.