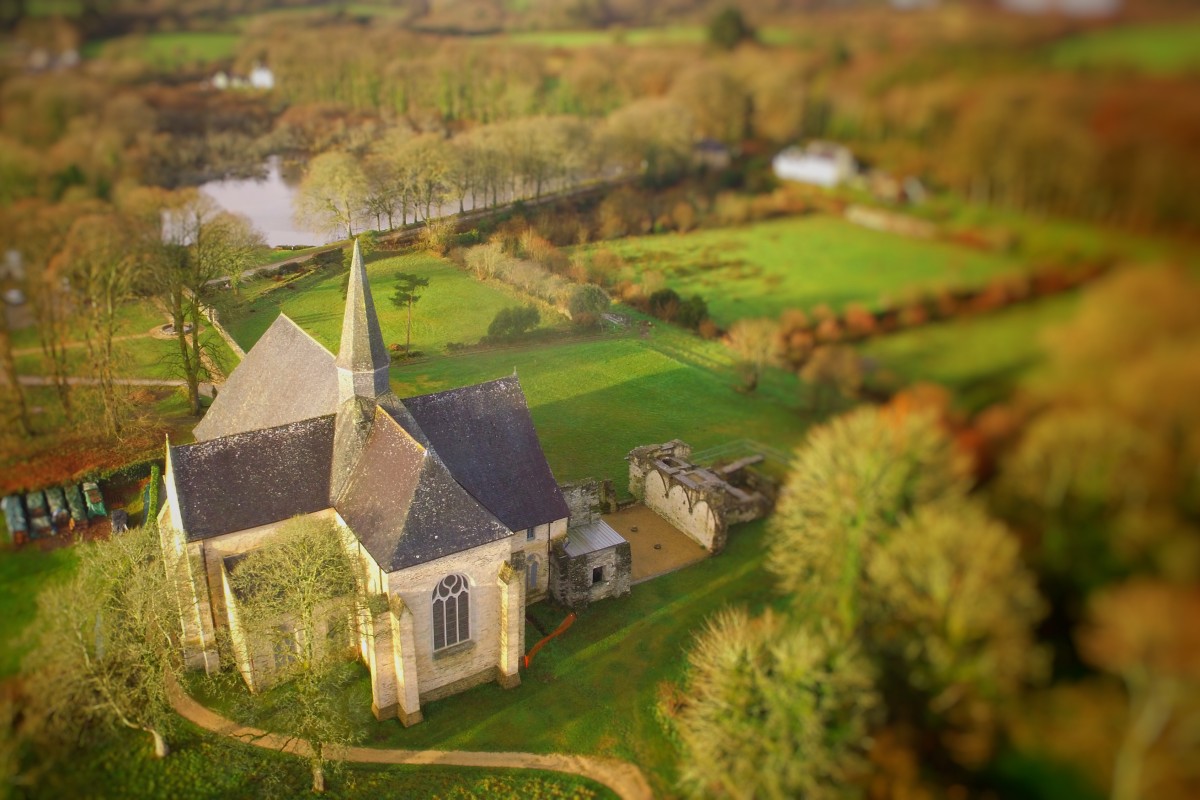 In 1132, Cistercian monks settled in this spot that came close to their quest for perfection: the base of a secluded valley with plenty of surrounding land to exploit. This was the second Cistercian abbey established in Brittany and it developed quickly. During the Revolution, the Abbaye du Relec was sold as a Bien National [the possessions of the Roman Catholic church were considered national property and therefore many churches and abbeys were sold in order to fill the coffers of the state]. By the 20th century, Le Relecq was a bustling village, with a school and businesses and hosted many large fairs. Today the property of the departmental council, the site of the abbey stretches over 7 hectares. The abbey-church – classed a Historic Monument in1914 – the pond, the gardens enclosed by a moat and the square with its 18th century fountain can be visited all year round.