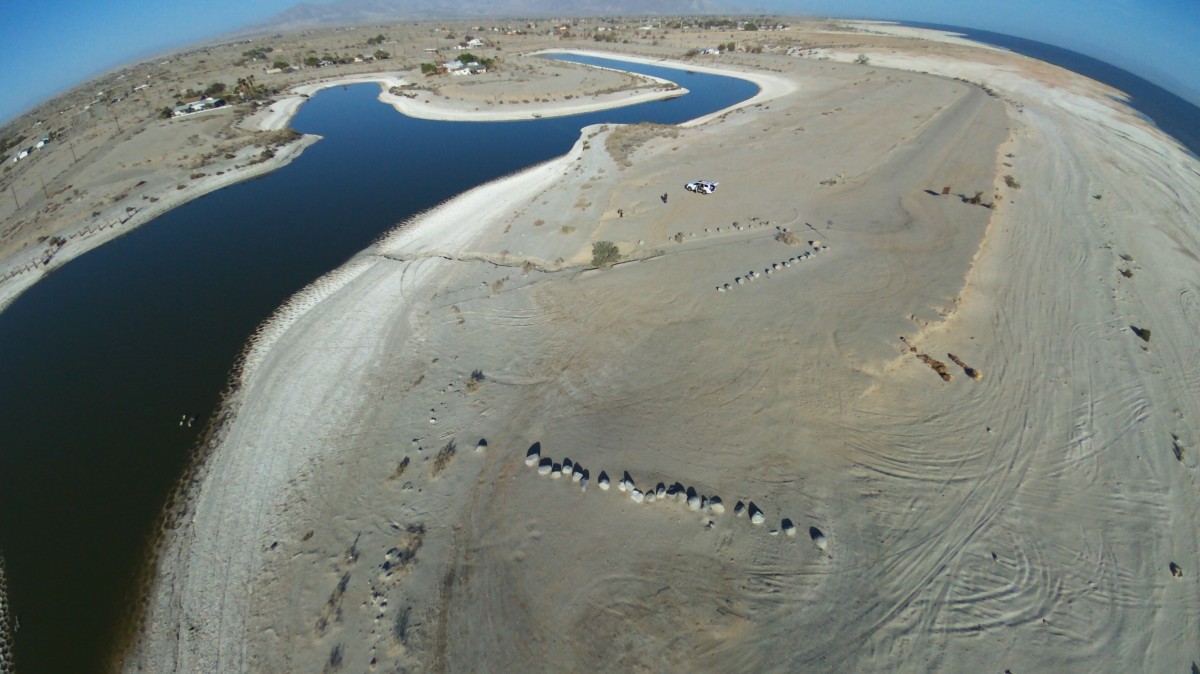 The Salton Sea was formed by accident over 100 years ago, when the Colorado River overflowed its banks and filled a basin in the Imperial Valley. Since it was an enclosed lake without a runoff outlet, the Salton Sea became saltier and saltier over time. Gradually the freshwater fish that had been planted there died out and saltwater fish were brought in to replace them. Within the last several decades, the Salton Sea has become so salty and only one species of fish remains: the tilapia. This tough freshwater cichlid from Africa has managed to adapt to the extremely salty water and now survives in conditions that have killed off all the traditional saltwater game fish species that were planted here. The tilapia build nests in which they lay their eggs. As the Salton Sea recedes further and further, more of these nests are being exposed.