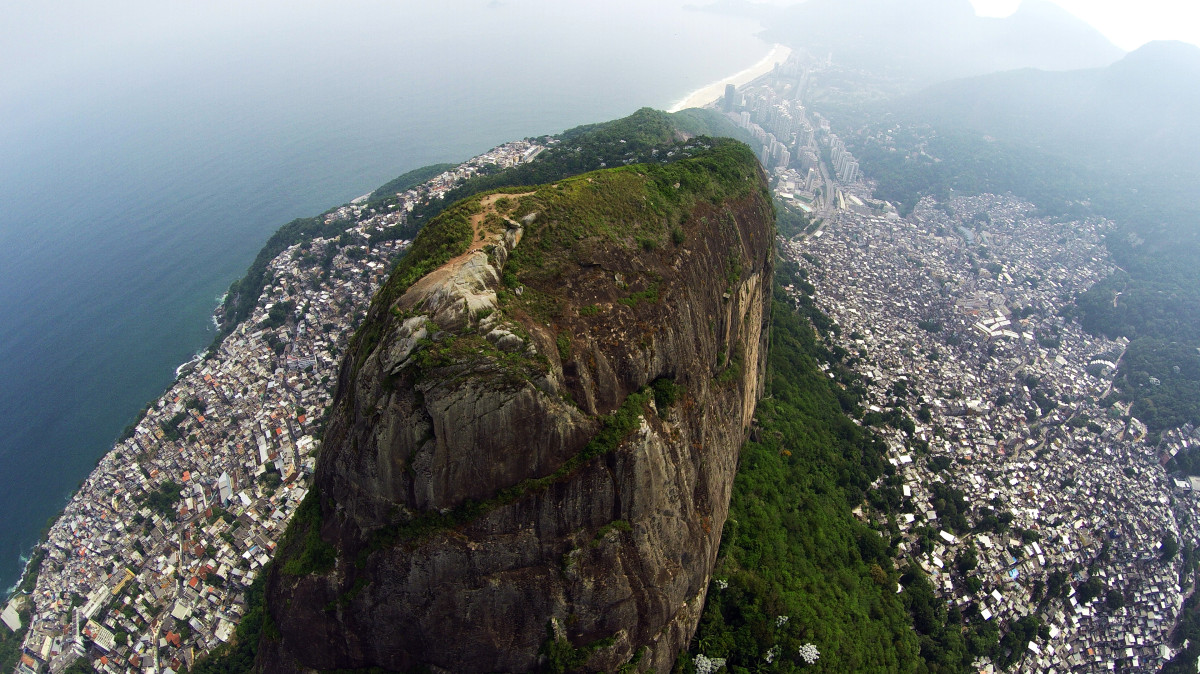 Rocinha and Vidigal are considered two of the main favelas (slums) in Rio de Janeiro.
They are separated by the Two Brothers Hill. Vidigal is on the left, closer to the sea, and Rocinha is on the right side.
Centered on the picture, you can see the ‘Bigger Brother’ hill, which ridge can be achieved after a 1 hour hike.

A few years back, to achieve the top of that hill was a task exclusively for the drug dealers of the area. After the mayor of Rio de Janeiro started the Pacifying Police program, slums became a little bit safer, and the population was allowed to enjoy new places of the city.