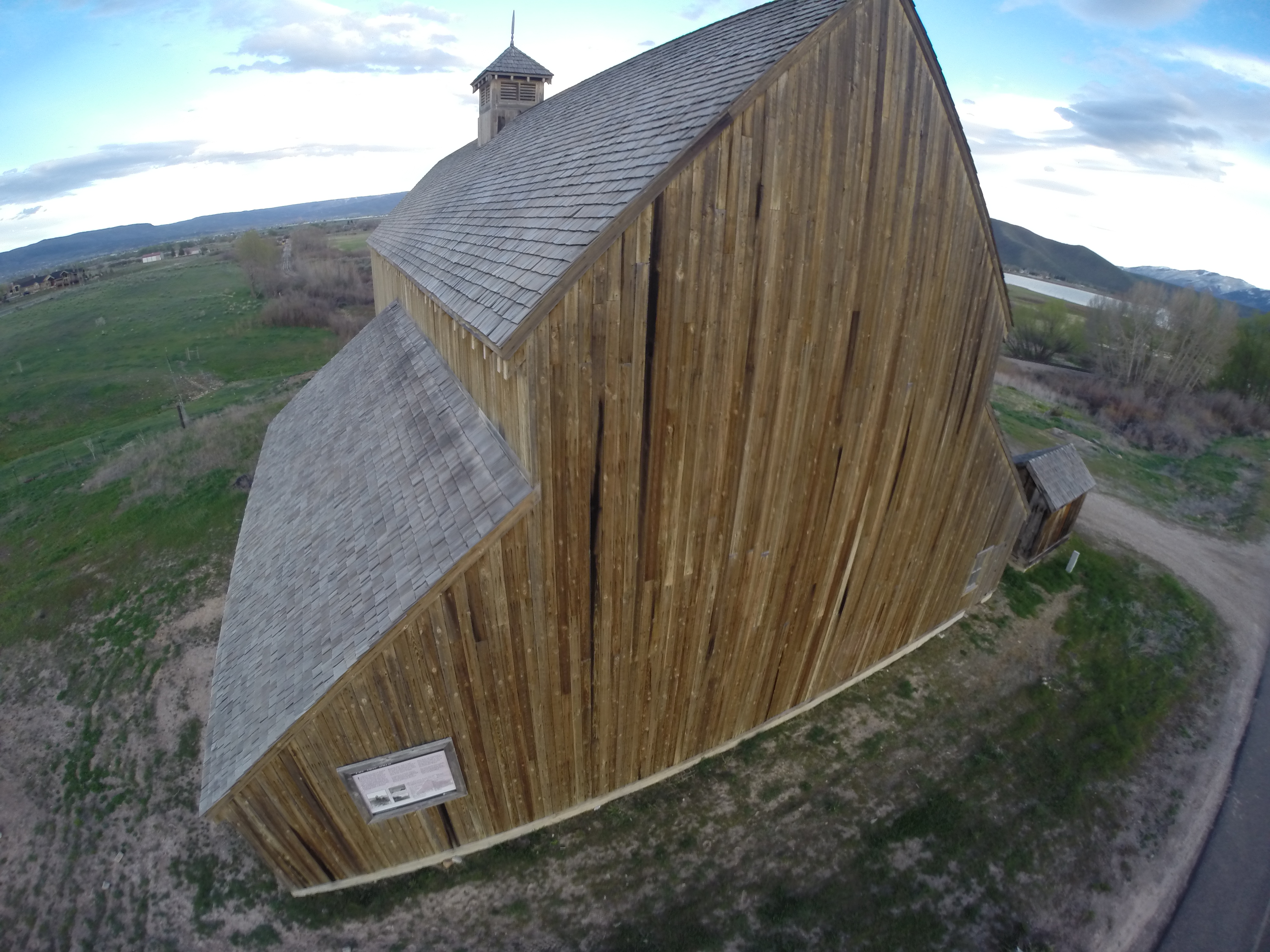 The Tate Barn was originally built by Francis Tate, a dairy farmer. In 1961 it became part of Wasatch Mountain State Park. It fell into disrepair and collapsed during a heavy snow in 1997.

The Friends of Wasatch Mountain State Park, assisted by local citizens, public agencies, contractors, community groups. and philanthropists, reconstructed the barn. It was used as the entrance to the 2002 Olympic venue for the events held at Soldier Hollow.