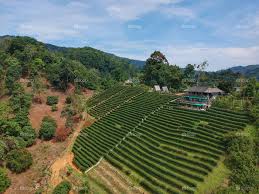 Village in Chiang Mai with rows of rural farming 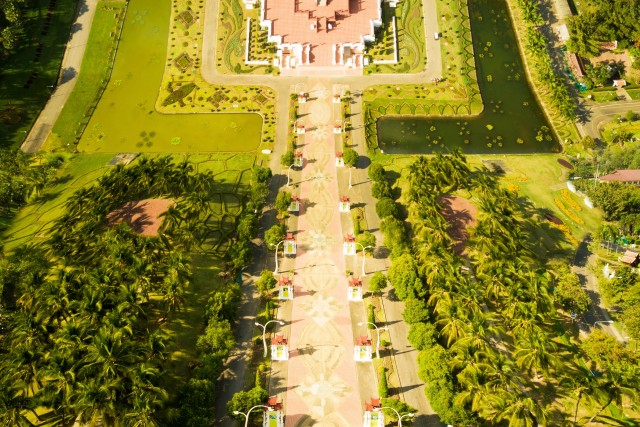 This is what would be if Christopher Nolan shot his movie Inception in Thailand. Park Rajapruek 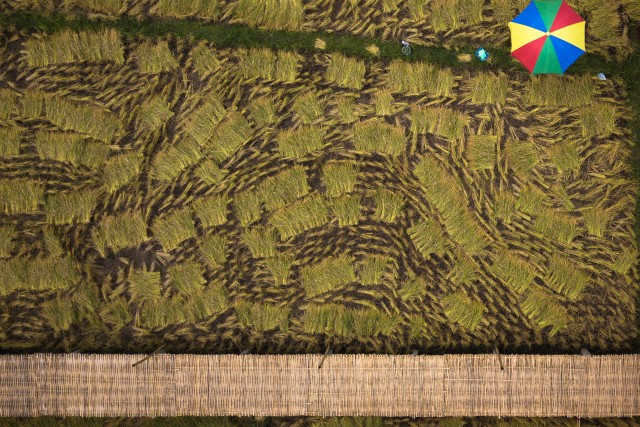 An aerial I took over the rice fields of a recent rice farm harvest in rural part of the northern Thailand Countryside. 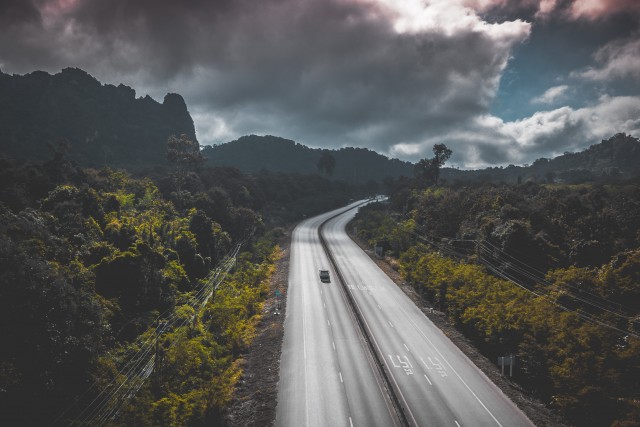 An aerial I took while on a recent motorbike trip across Thailand with friends. 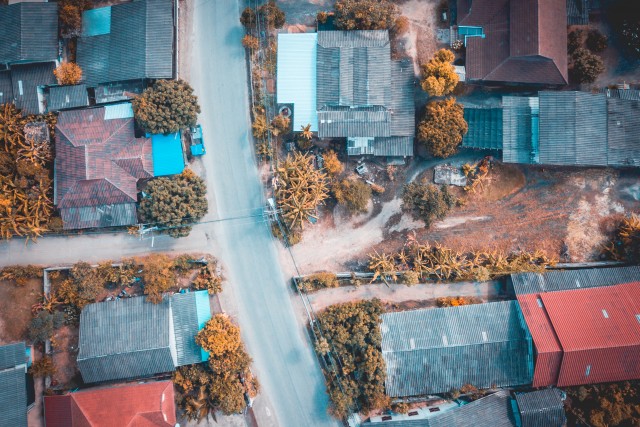 Took this aerial over a village in Northern Thailand. 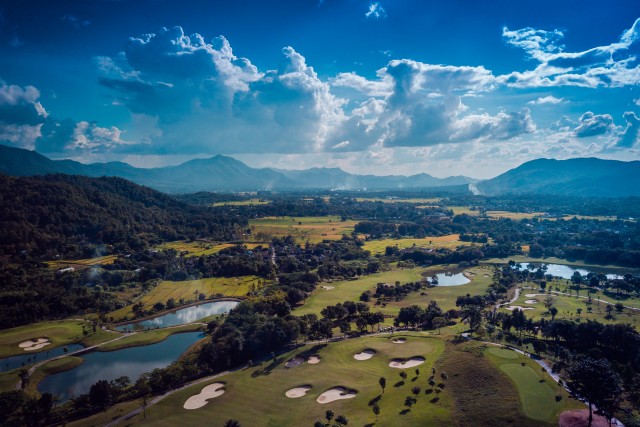 Captured this aerial over the beautiful golf course and nature around Chiang Mai. 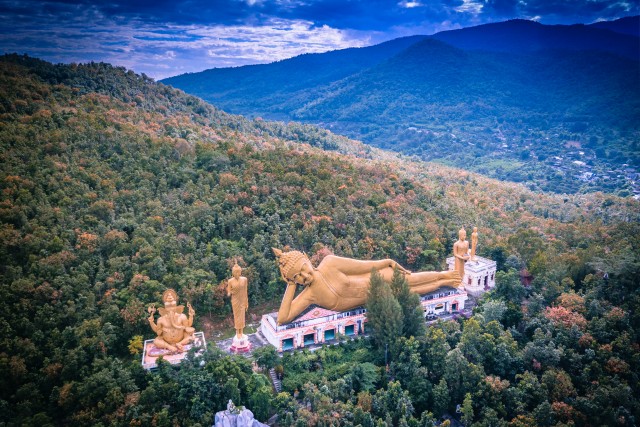 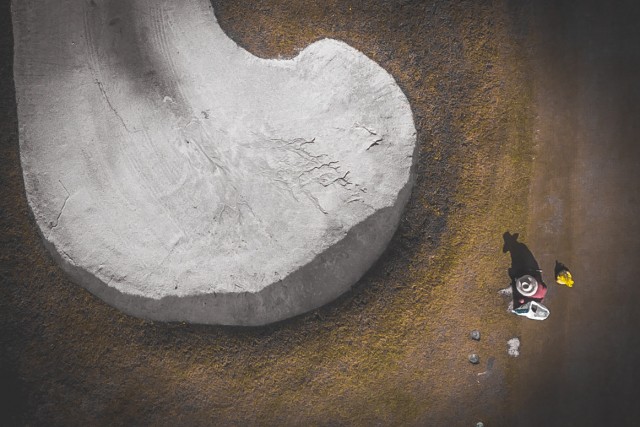 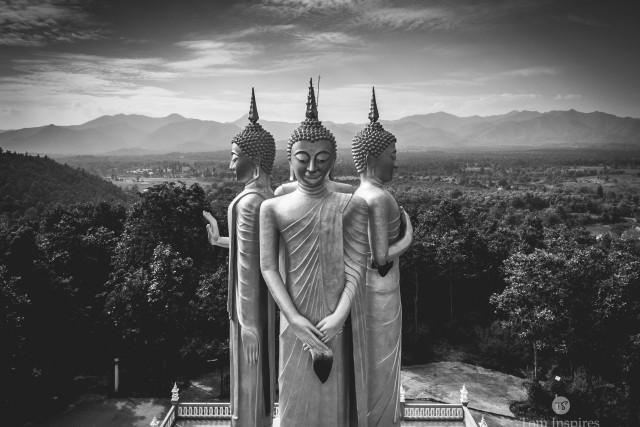 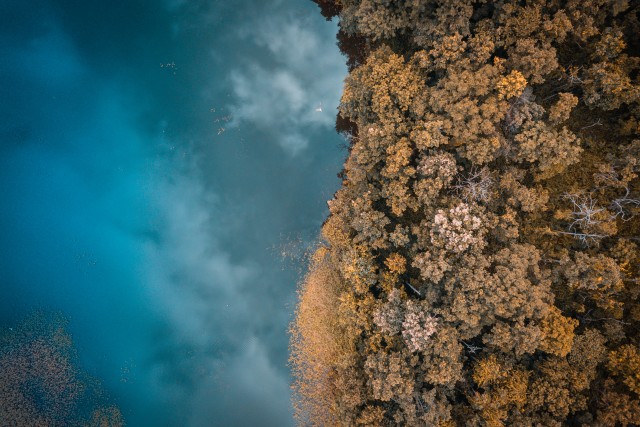 • HIDDEN NATURE • ▫️▫️▫️▫️▫️▫️▫️▫️▫️▫️▫️ The one thing I love about Chiang Mai is the fact you can be in the city one minute then 20 minutes later you can be by a lake and a forest. #northernthailand will always br... 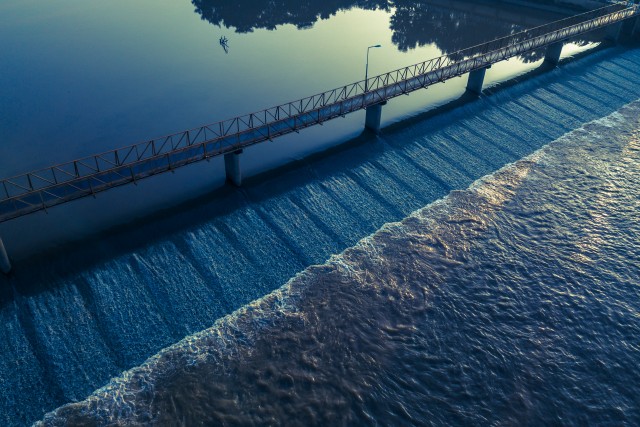 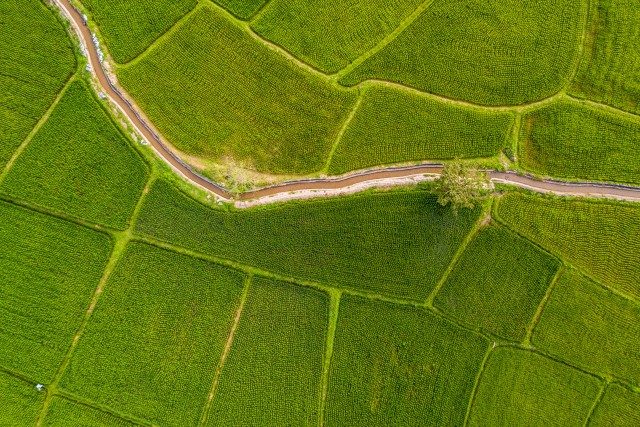 Capture this aerial over Mae Taeng near Chiang Mai in Northern Thailand during the lovely month of October. 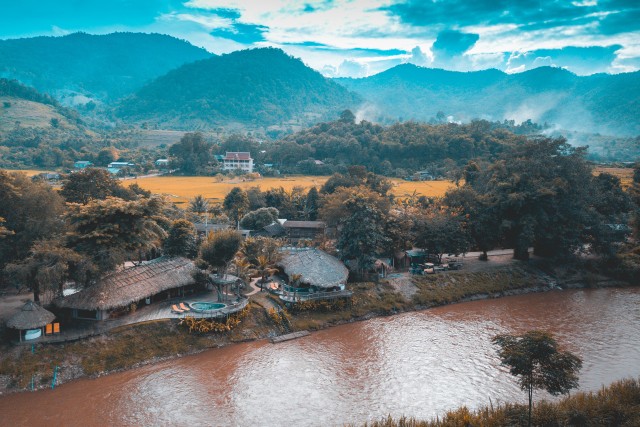 Took this aerial of the beautiful river and countryside outside of Chiang Mai in Thailand. 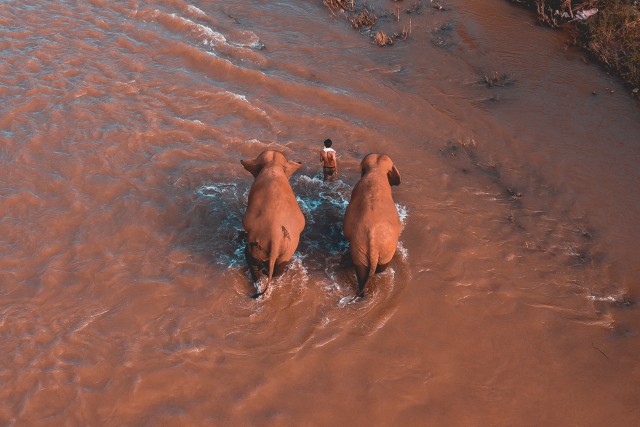 Captured these elephants from above enjoying a river walk 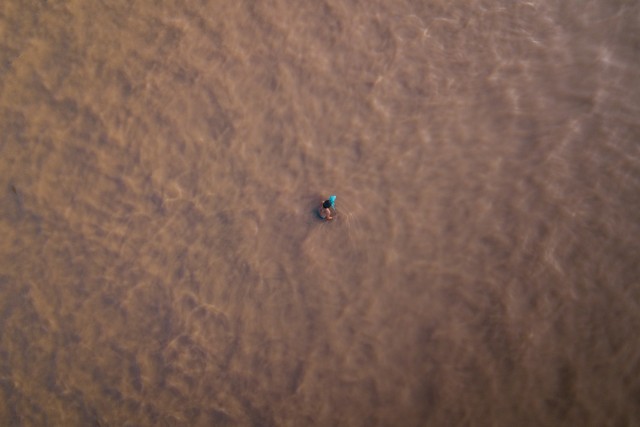 Captured this aerial at sunrise of a lone fisherman who was wading into the river to catch fish with his net. 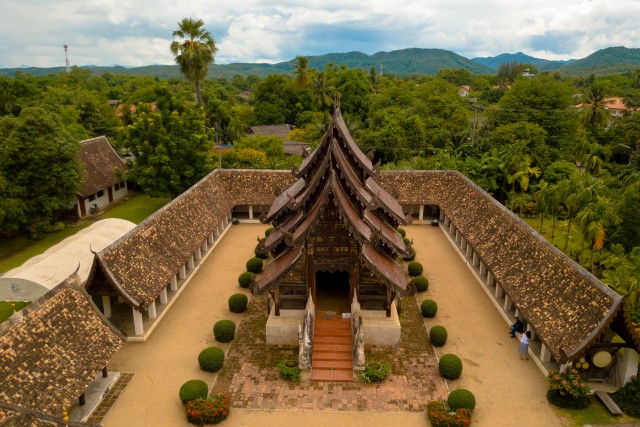 Another day another temple outside the beautiful city of Chiang Mai. 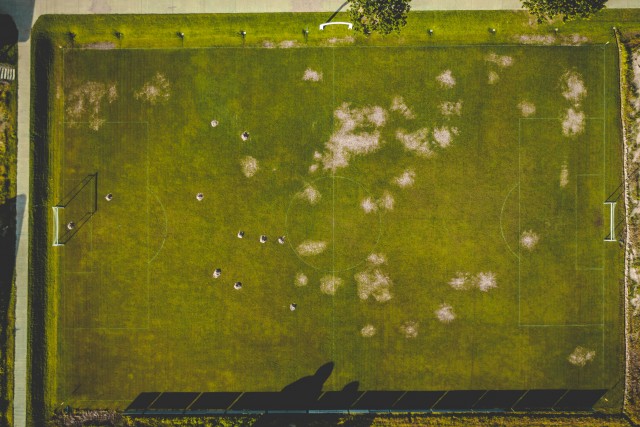 Aerial over Football Pitch in Chiang Mai Thailand. The mole hills have appeared. 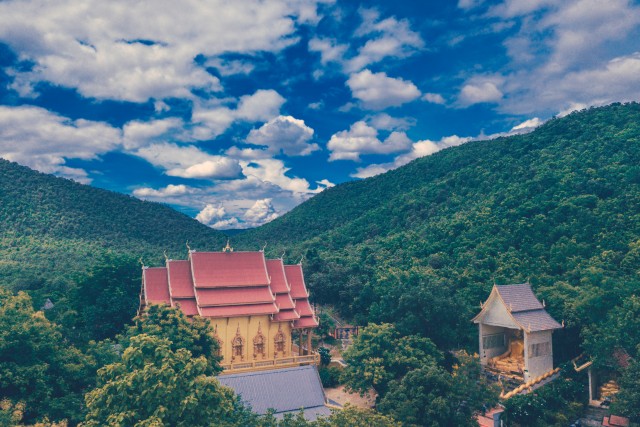 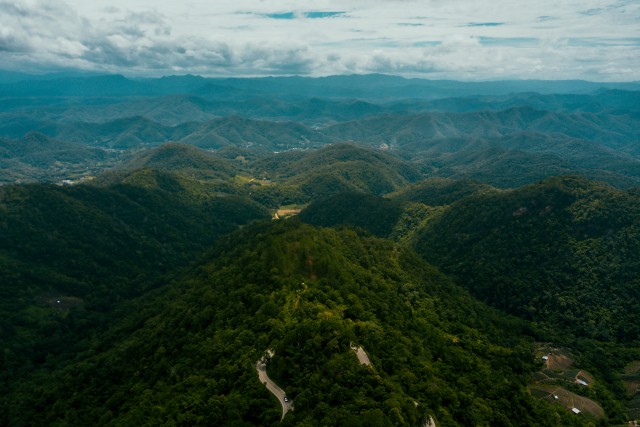 • SAMEONG LOOP • The well known #samoengloop makes for an easy day trip and ride on on a bike or car It passes through Hang Dong, Mae Rim, Mon Cham, Samoeng and Hang Dong. With some stunning view points and food sp... 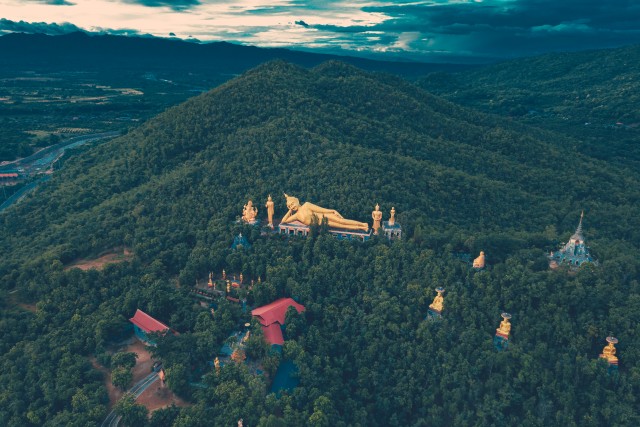 Aerial Of The Beautiful Temple and Lying Buddha in Chom Tong, Northern Thailand. 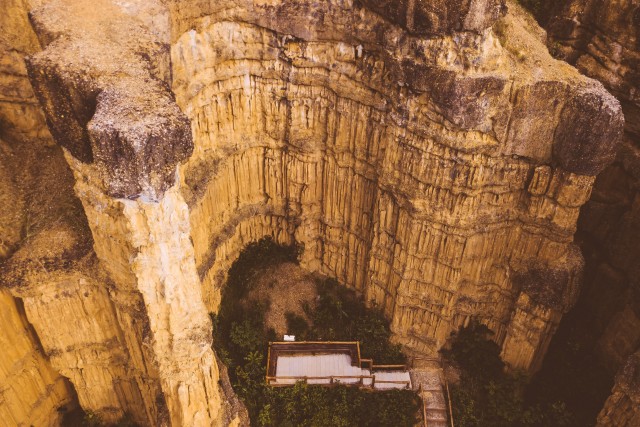 Said to be created naturally by the river shifting this impressive canyon formed high pillars above what once was the bed of the river. The pillars are around 35 metres high. 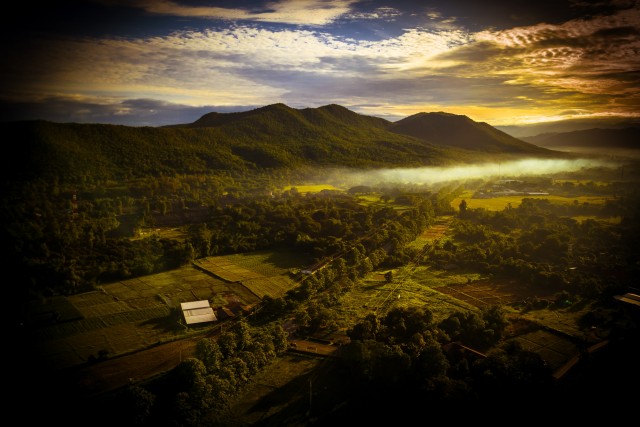 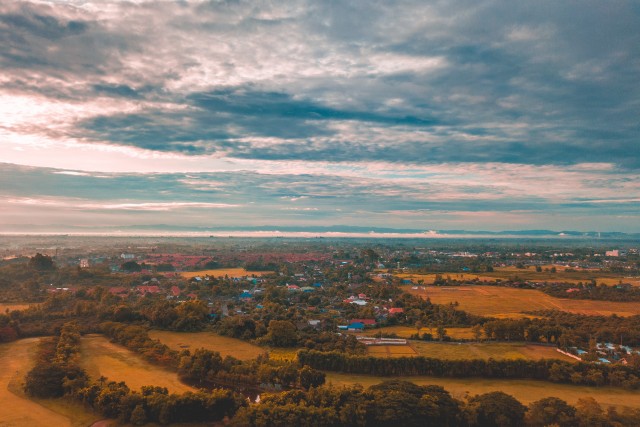 Aerial over the countryside or Chiang Mai 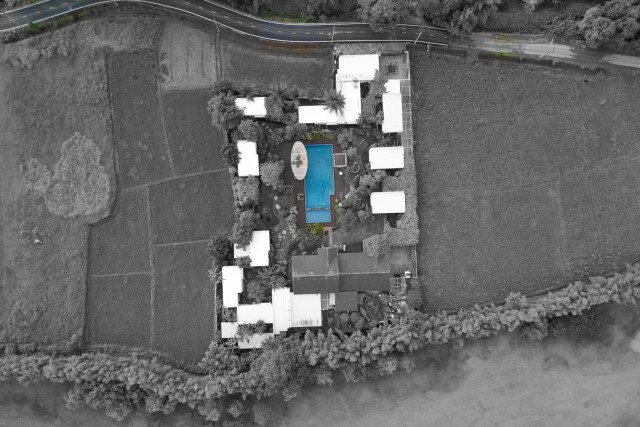 Aerial shot I took over resort was visiting in Chiang Mai Thailand. Changed it black and white and left the pool in original colour. I love swimming and is always my highlight.