An old tube train travelling along Ryde Pier on the Isle of Wight. 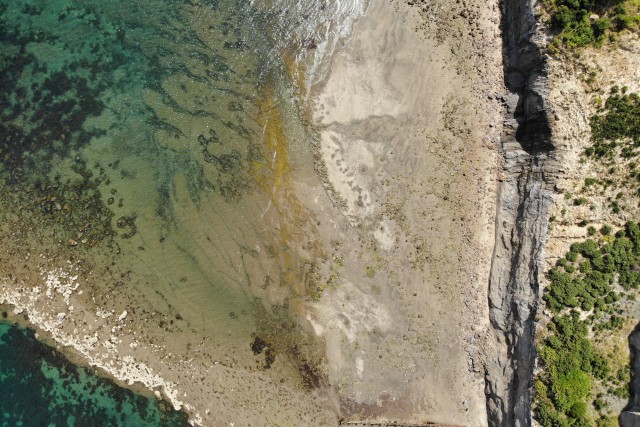 View over cliffs and sea near Sandown, Isle of Wight

Looking down over cliffs into the sea near Sandown, Isle of Wight 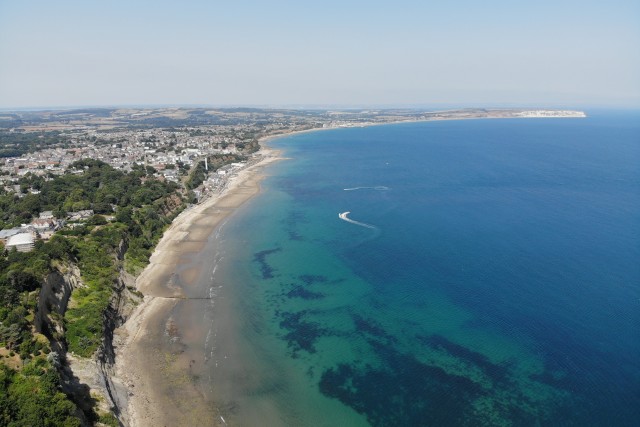 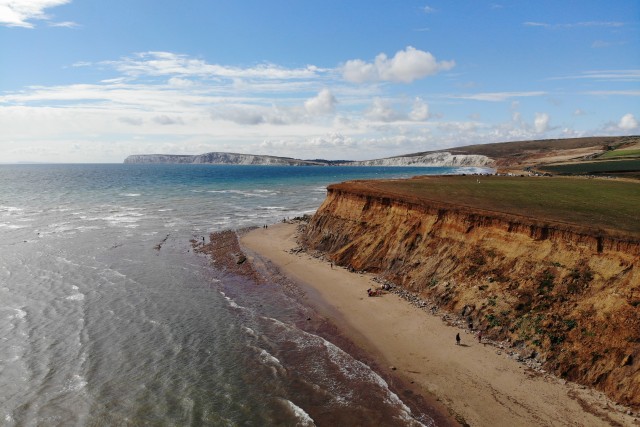 Coastal scene on the Isle of Wight 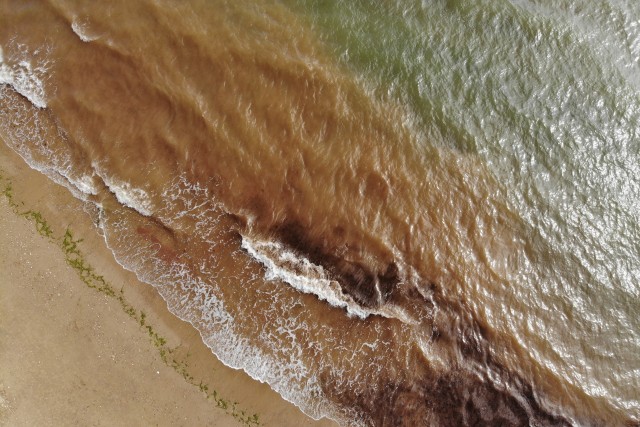 Waves on a sandy beach on the Isle of Wight

Waves on a sandy beach on the Isle of Wight 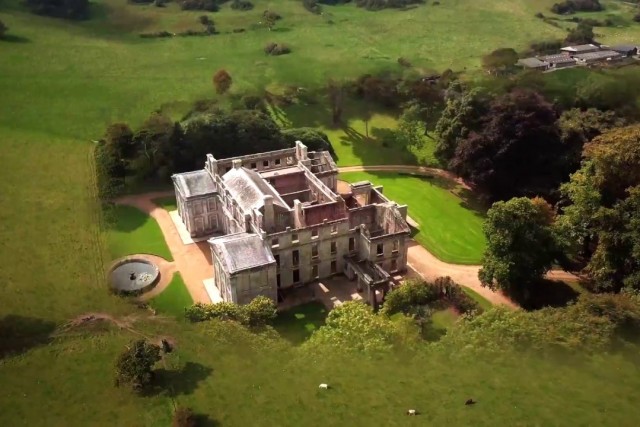 Appuldurcombe House (also spelt Appledorecombe or Appledore Combe) is the shell of a large 18th-century baroque country house of the Worsley family. [1] The house is situated near to Wroxall on the Isle of Wight, Engl... 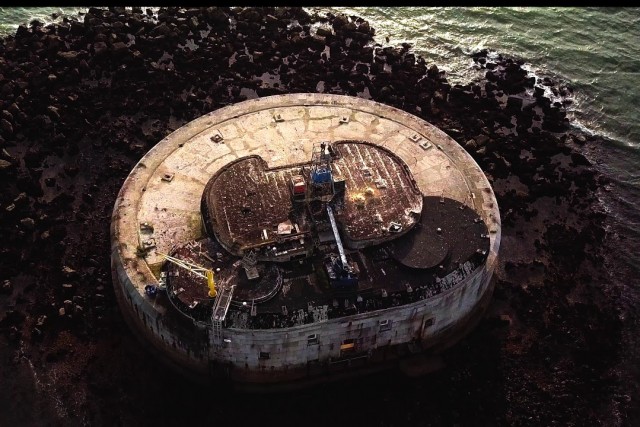 St Helens Fort is a sea fort in the Solent close to the Isle of Wight, one of the Palmerston Forts near Portsmouth. It was built between 1867 and 1880 as a result of the Royal Commission to protect the St Helens ancho... 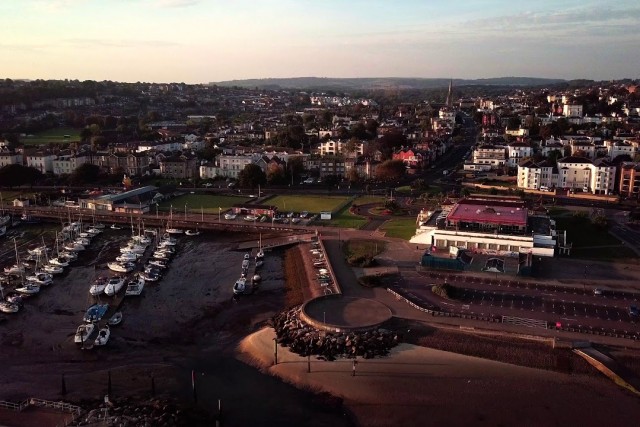 Ryde is an English seaside town and civil parish on the Isle of Wight, with a population of 23,999 at the 2011 Census.[1] It lies on the north-east coast. The town grew in size as a seaside resort after the villages o... 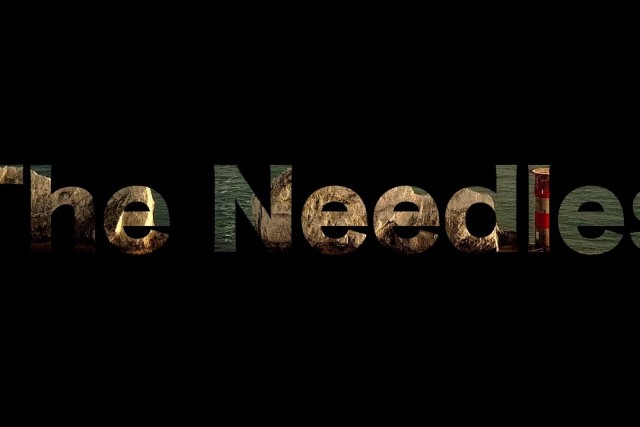 The Needles and the Lighthouse at sunset – Isle of Wight – 4K

The Needles is a row of three distinctive stacks of chalk that rise about 30m out of the sea off the western extremity of the Isle of Wight, United Kingdom, close to Alum Bay, and part of Totland, the westernmost Civi... 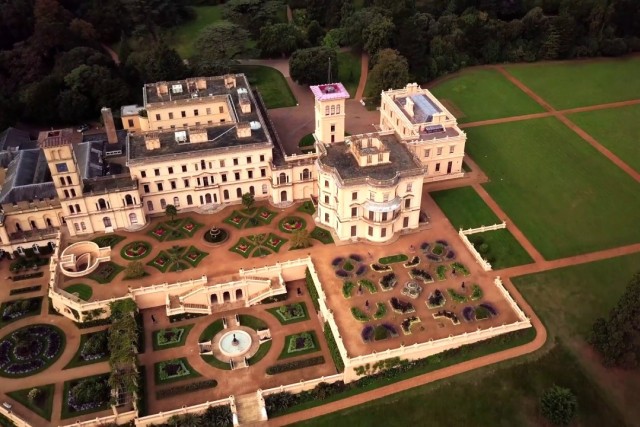 Osborne House is a former royal residence in East Cowes, Isle of Wight, United Kingdom. The house was built between 1845 and 1851 for Queen Victoria and Prince Albert as a summer home and rural retreat. Prince Albert ... 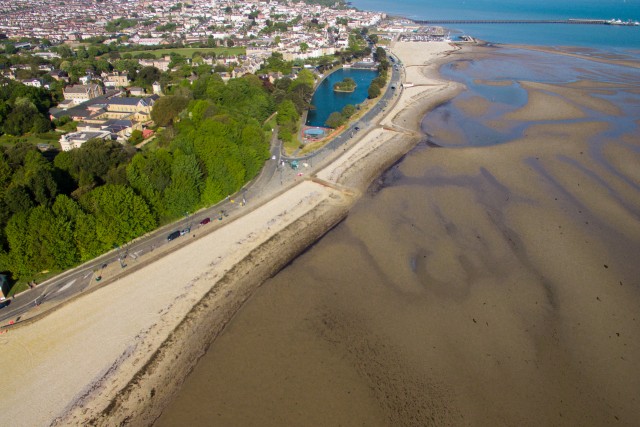 A view looking west along Ryde seafront from the Appley end of town. One of first images 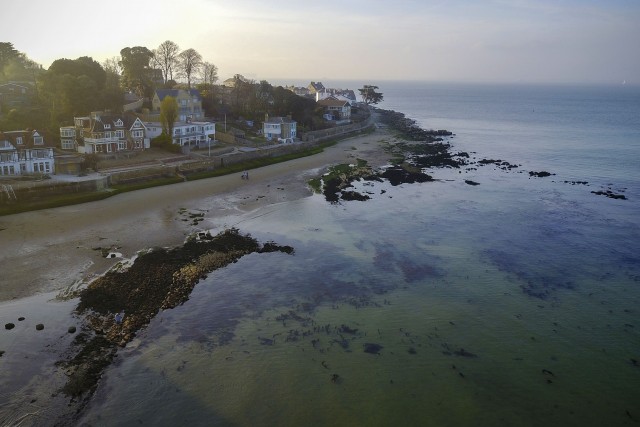 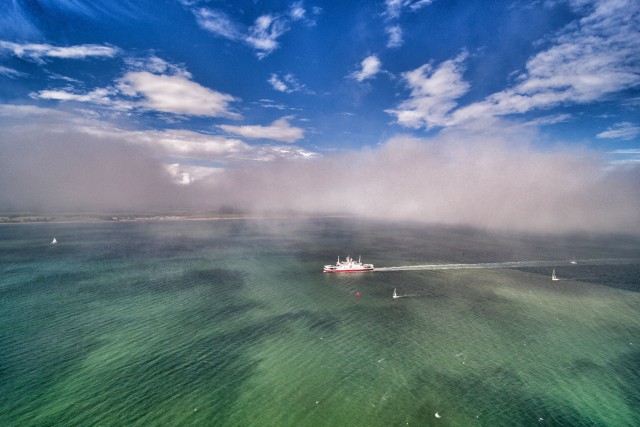 Red Funnel ferry crossing the Solent from Cowes Isle of Wight to Southampton. After a stormy day there were some great cloud shadows and mist over the water. Yuneec Typhoon H with CG03+ camera. 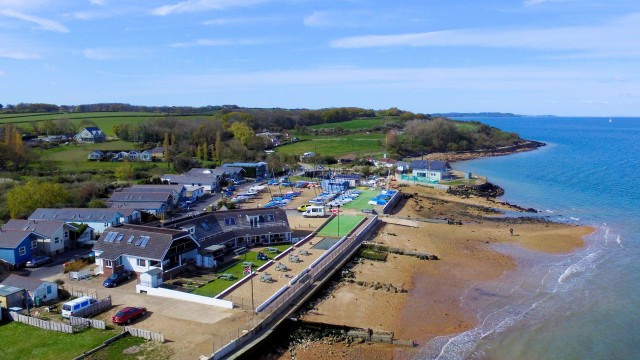 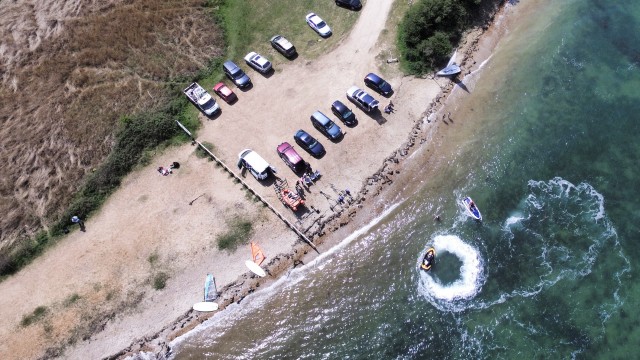 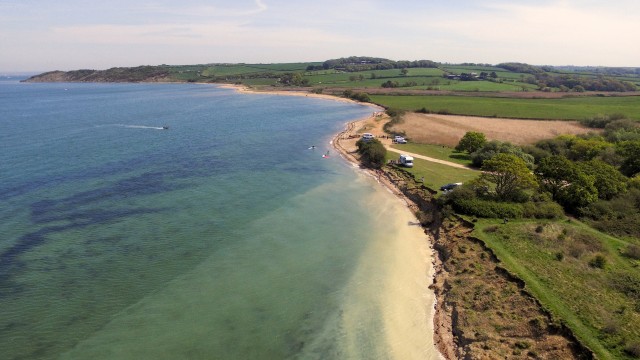 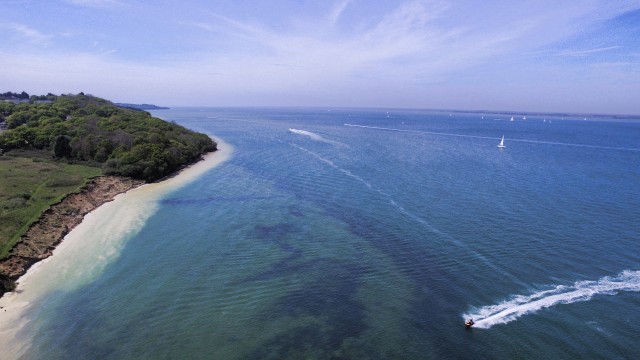 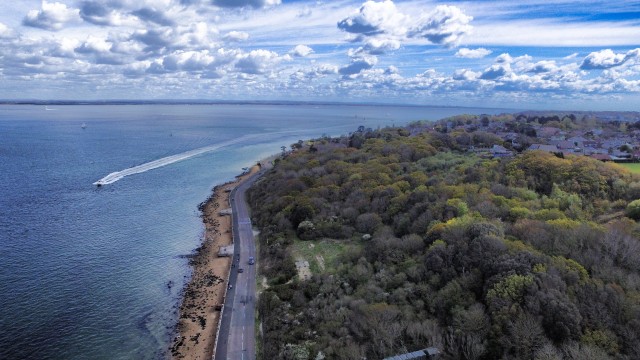 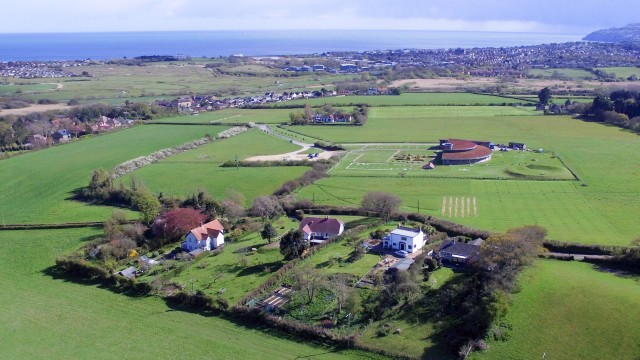 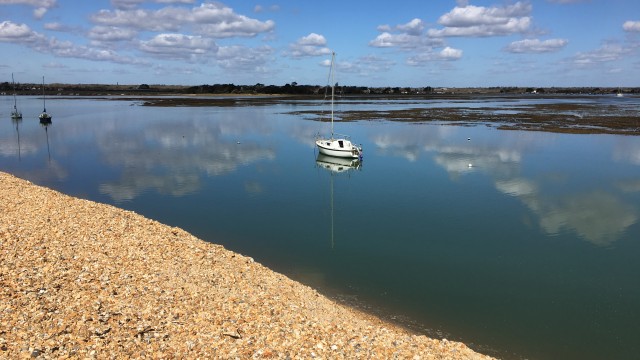 Hurst Spit is a shingle bank at the easternmost point of Christchurch Bay and extends 2.5km from the end of Milford beach out into the Solent. 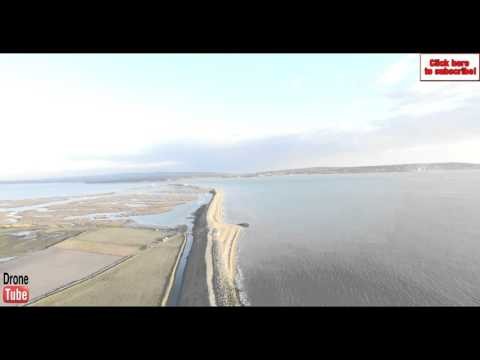 My 2nd time out with my Phantom 3 Pro. ND filters ordered and will be used on next video. 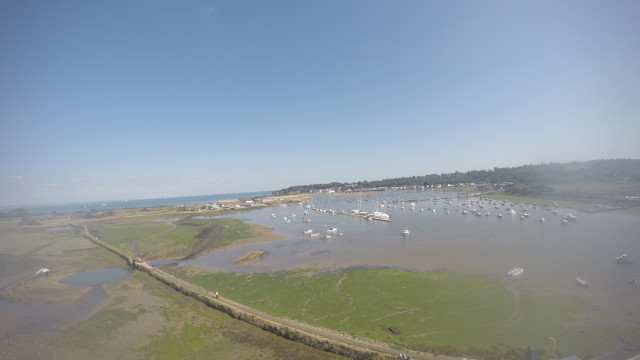 So while on Holiday in the Isle of Wight went up and took a few videos and photos, I liked this one! :) This was taken from a ZMR250 mini racing drone, out of commission now but building a bigger Hexacopter for mo... 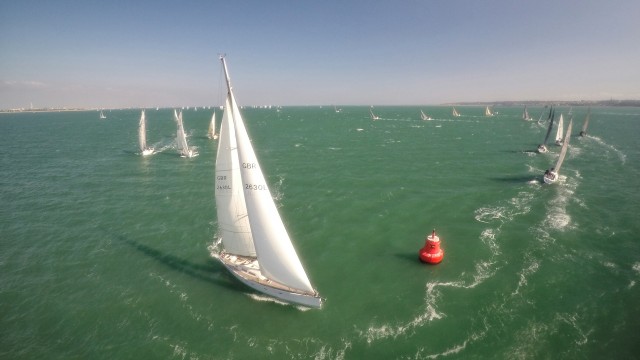 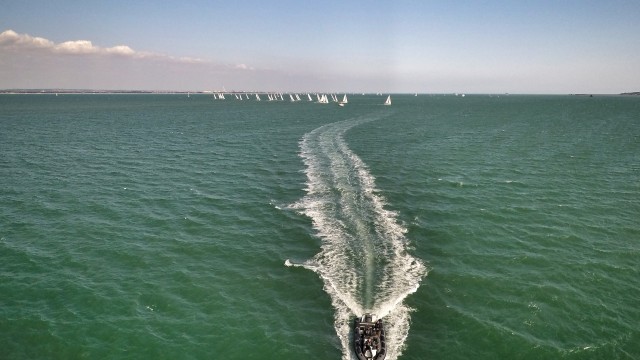 Racing in a chase boat to catch a Phantom 2 which had gone into failsafe mode and was attempting to land itself in the ocean! Battery level after retrieval was <7%