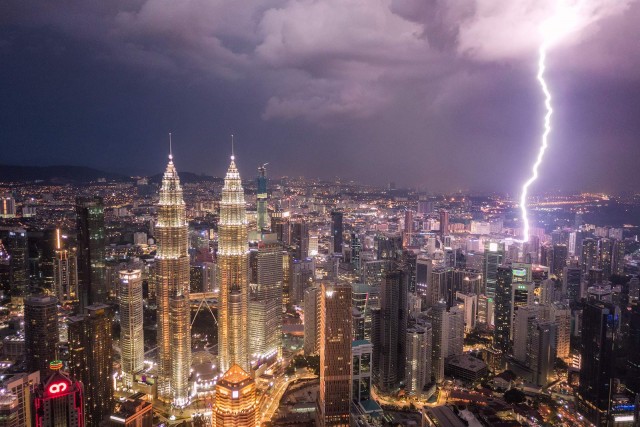 I was flying my drone over Kuala Lumpur when a storm rolled in. I set my shutter speed to 1/4 second, framed my shot with the Petronas Towers in the background, then took over 100 photos to get this one lucky pic with... 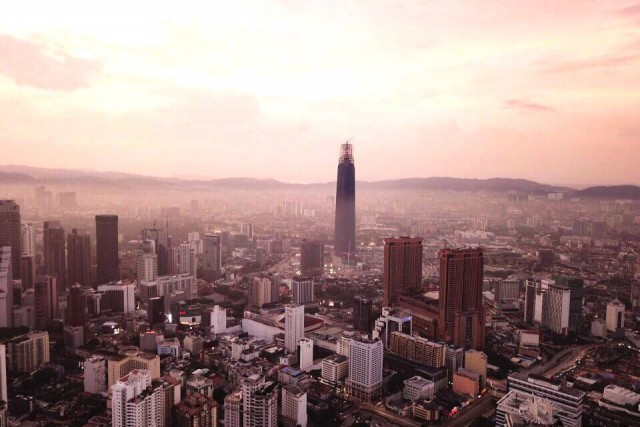 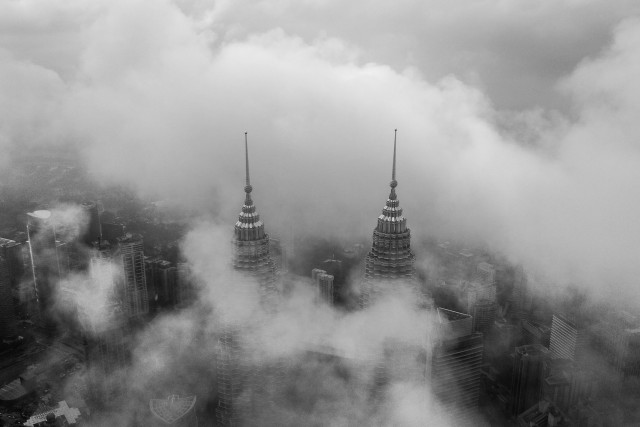 Towering cumulonimbus clouds are typically accompanied by smaller cumulus clouds. The cumulonimbus base may extend several miles across and occupy low to middle altitudes- formed at altitude from approximately 200 to ... 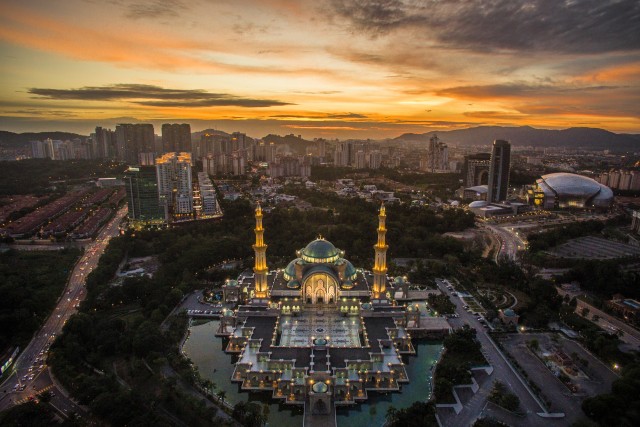 The Kuala Lumpur Mosque was constructed between 1998 to 2000. It is situated on a five hectare site near the Government Office Complex along Jalan Duta. The Wilayah Persekutuan (Federal Territory) Mosque was opened to... 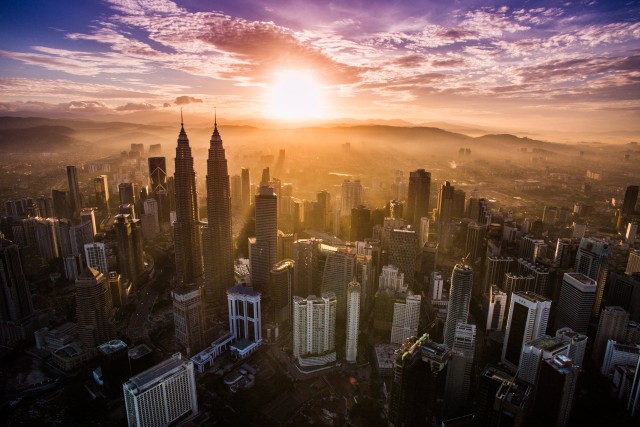 The Shadow of Twin Towers

Kuala Lumpur's iconic Petronas Twin Towers were designed by an Argentine and built by Japanese and Korean contractors, but the structures are staunchly rooted in Malaysian culture. The towers borrow from the Islamic t... 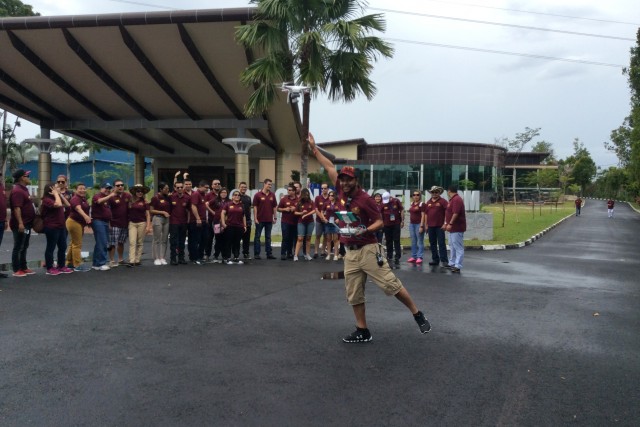 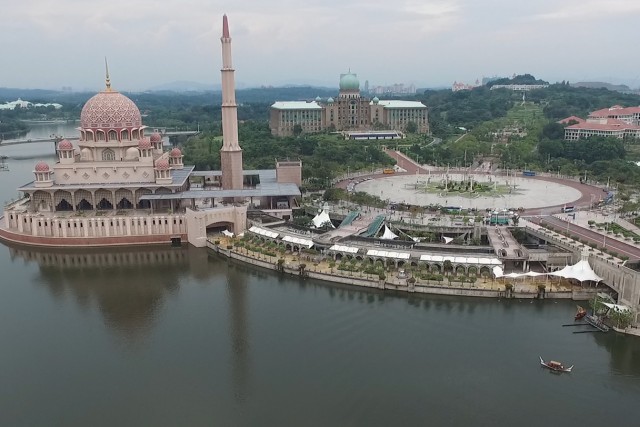 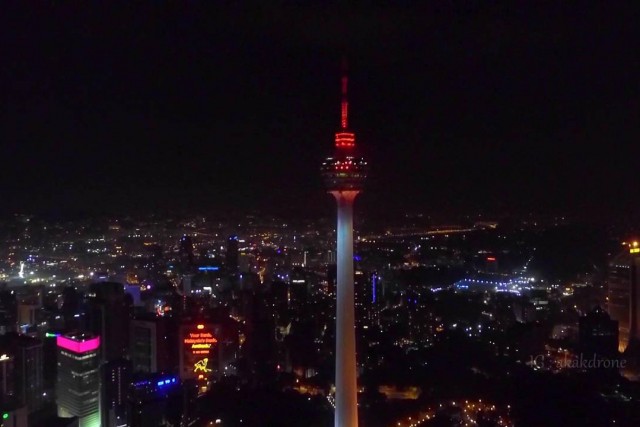 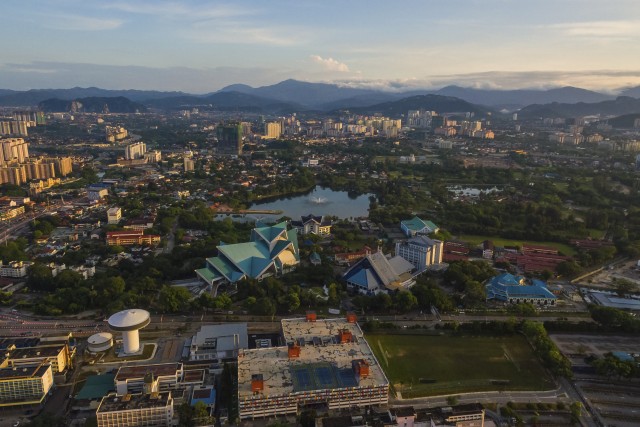 Simple picture of Titiwangsa Lake and its surrounding area from air. 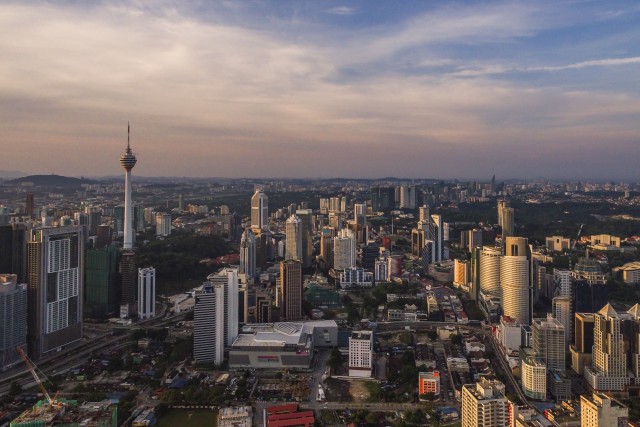 Kuala Lumpur from the air with KL Tower visible at the left of the picture. 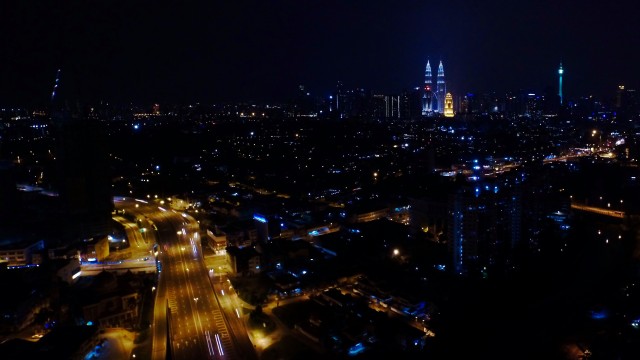 Picking up a friend, i just shout that Kuala Lumpur could look like a backdrop for a Micheal Mann film. The colour hue, the stillness yet pulsing with life. 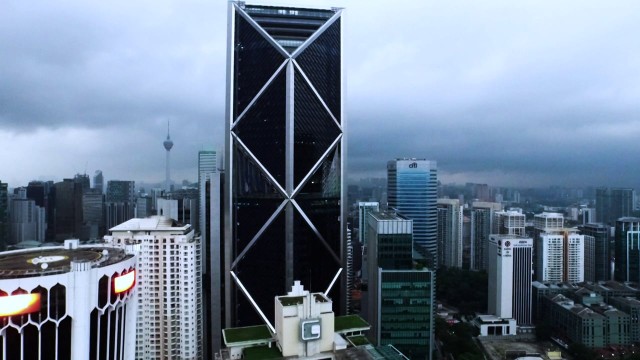 Feeling a little down, i decided to take an aerial flight over the city centre in the morning before everyone got out. The weather didn't cooperate, and it gave a little grey look all morning before the sky decided to...