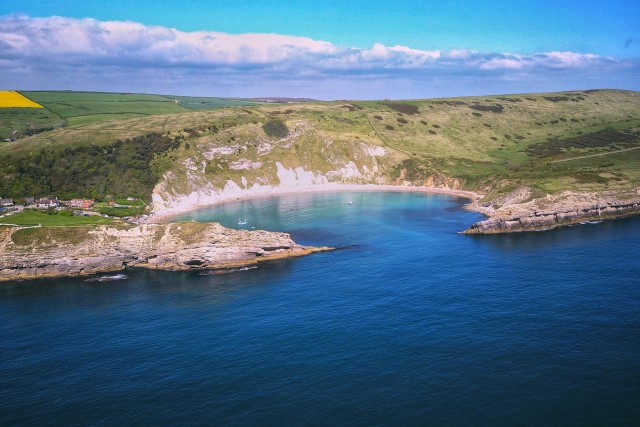 One of the most recognisable landmarks of south coast of UK 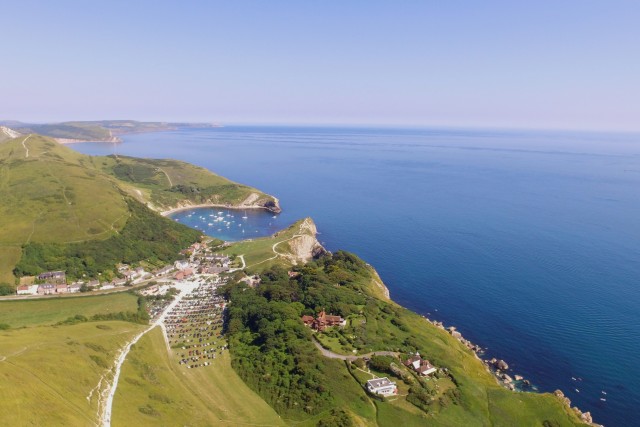 Lulworth Cove located on the Jurassic Coast (Dorset, UK) is a natural "circular" beach that has been naturally shaped over millions of years by combination of sea and river erosion. The cove is no fly zone for drones ... 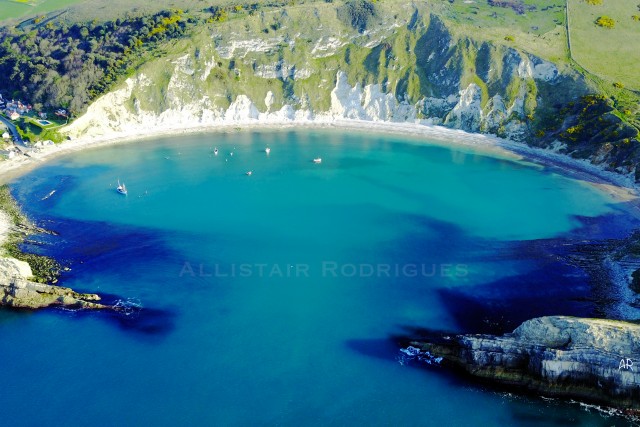 Lulworth Cove is a cove near the village of West Lulworth, on the Jurassic Coast World Heritage Site in Dorset, southern England. 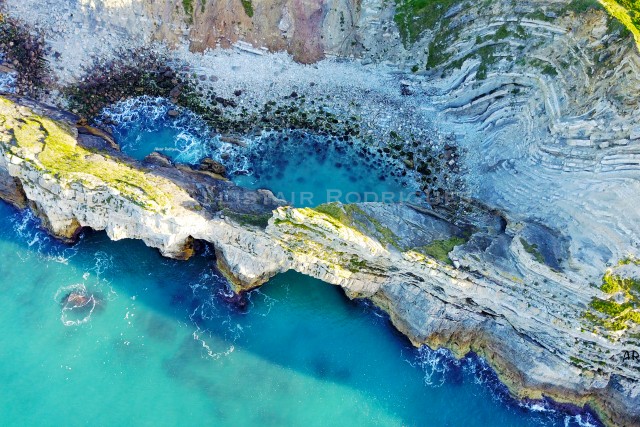 Stair Hole is a small cove that is to the west of Lulworth Cove in Dorset, southern England. The folded limestone strata known as the Lulworth crumple are particularly visible at Stair Hole.