The reflection of Venezuela’s reality
By losmanesdeldrone 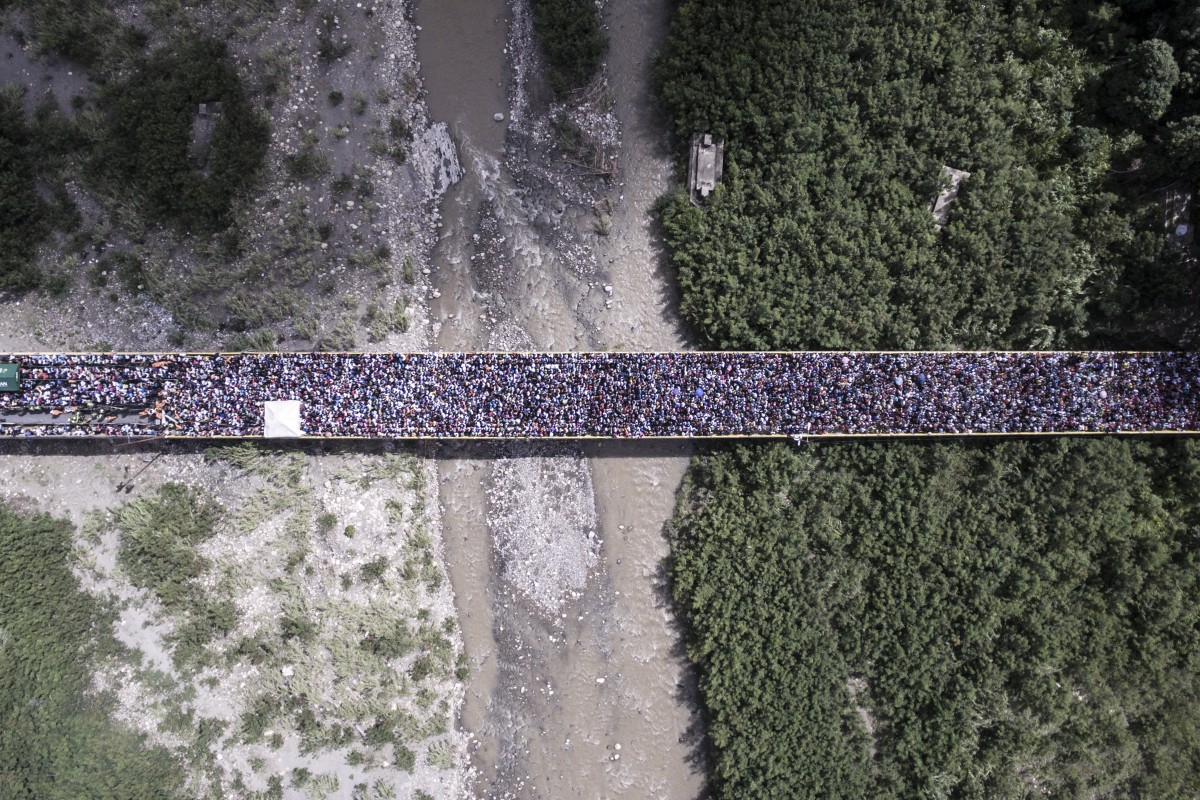 Two years ago the Venezuelan government of the president Nicolás Maduro, ordered to close the border with Colombia, initiating the biggest humanitarian crisis that has never lived Cúcuta, the capital of North of Santander, department that is the most active border of America, since thousands of Colombians, between men, women and children who were living at the border area, were expelled unjustifiably accused of being paramilitary.

This brought a social problem in both countries, since none was prepared for what would come, the humanitarian crisis, since historically, these two countries have exchanged products and this way its inhabitants have lived per years, but on having closed the border, the food began skimping in Venezuela and the people began despairing, up to the point of crossing the river with the risk of being murdered by the smugglers or the Venezuelan military men.

Almost one year later the government of Venezuela decided that it was going to allow a humanitarian step so that the inhabitants of San Antonio, Ureña and St. Cristobal, nearby cities of Cúcuta, could cross the bridge to stock up with food and basic elements of cleanliness, since in Venezuela its inhabitants did not have anything.

This day was so deifying, that the Colombian Government allowed everybody cross the bridge without the necessary papers like the passport, since there were more than 90 thousand persons hoping to cross the bridge, and they wanted to prevent the bridge from filling with the people, But it happened anyway as you can see in the photo.

I decided to take a picture from above with my drone to see how the bridge full of the desperate people was seen, the image was published in La Opinión, the newspaper of the city.

This picture was taken at the International bridge Simón Bolívar, that communicates Colombia with Venezuela, it was taken on July 17, 2016 at 11:30 am, thousands of Venezuelans passing to Cúcuta, Colombia, in search of medicine, food and elements of cleanliness, since in its country, due to the crisis that exists, there is nothing of what they need to live comfortably.

Now the border it’s open, but Venezuela still having the same crisis as monts ago.