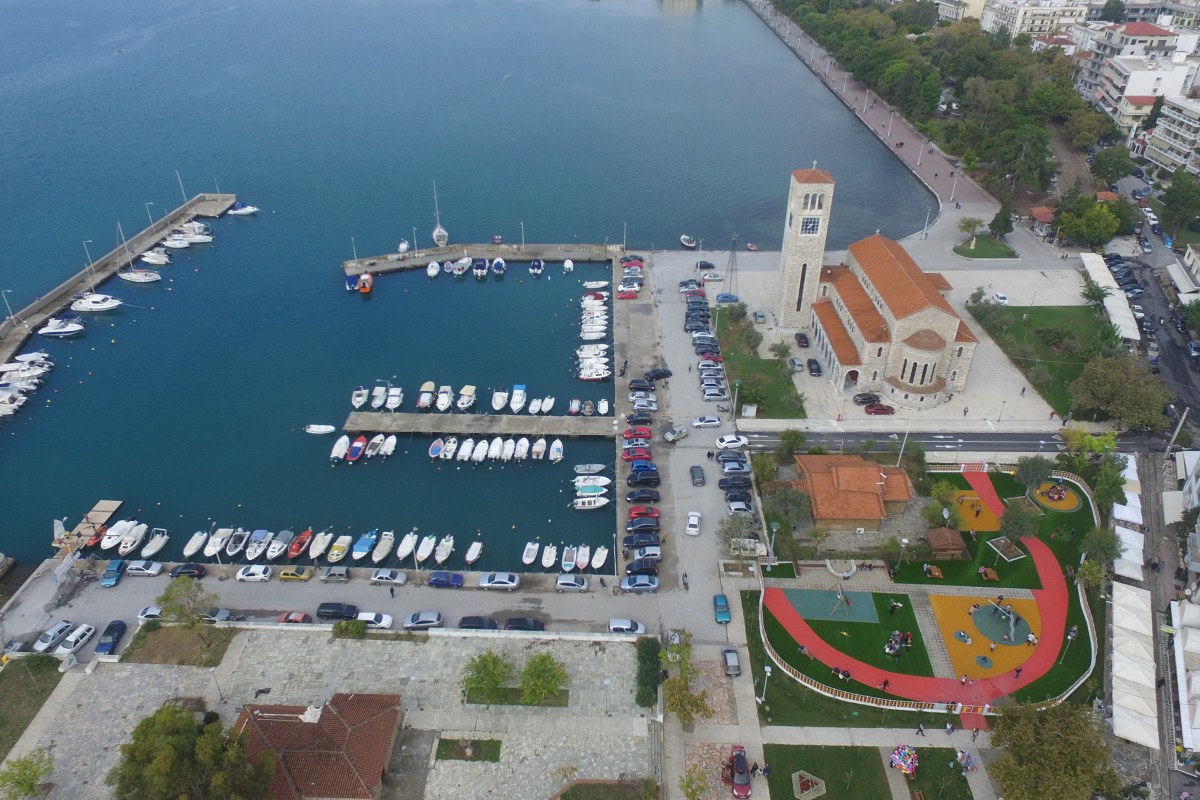 Volos is a coastal port city in Thessaly situated midway on the Greek mainland, about 326 kilometres (203 miles) north of Athens and 215 kilometres (134 miles) south of Thessaloniki. It is the capital of the Magnesia regional unit. Volos is the only outlet to the sea from Thessaly, the country’s largest agricultural region. With a population of 144,449 (2011), it is an important industrial centre, while its port provides a bridge between Europe, the Middle East and Asia.

Portaria is a village and a former municipality in Magnesia, Thessaly, Greece. Since the 2011 local government reform it is part of the municipality Volos, of which it is a municipal unit.The municipal unit has an area of 22.754 km2.It is located on Mt. Pelion, facing the Pagasetic Gulf, north of Volos and its suburbs. The majority of the buildings are typical examples of Pelion architecture with their windows and doors decorated with a variety of colors. The mountaintop of Pelion is to the north.