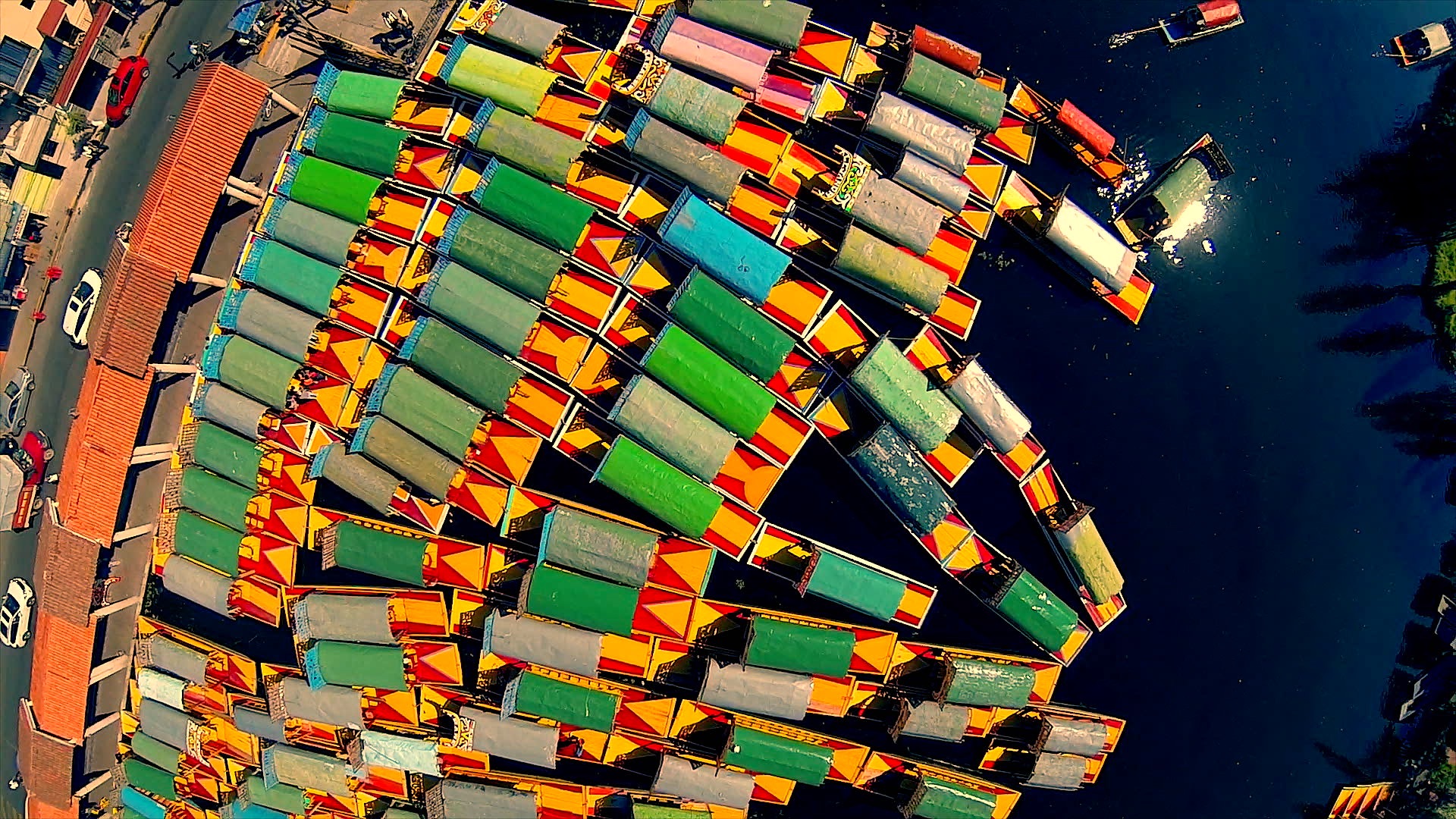 Xochimilco is characterized by the existence of a system of canals, which measure about a total of 170 km2. These canals, and the small colorful boats that float on them among artificially created land called chinampas are internationally famous. These canals are all of what is left of what used to be a vast lake and canal system that extended over most parts of the Valley of Mexico. This system of waterways was the main transportation venue, especially for goods from the pre-Hispanic period until the 20th century.