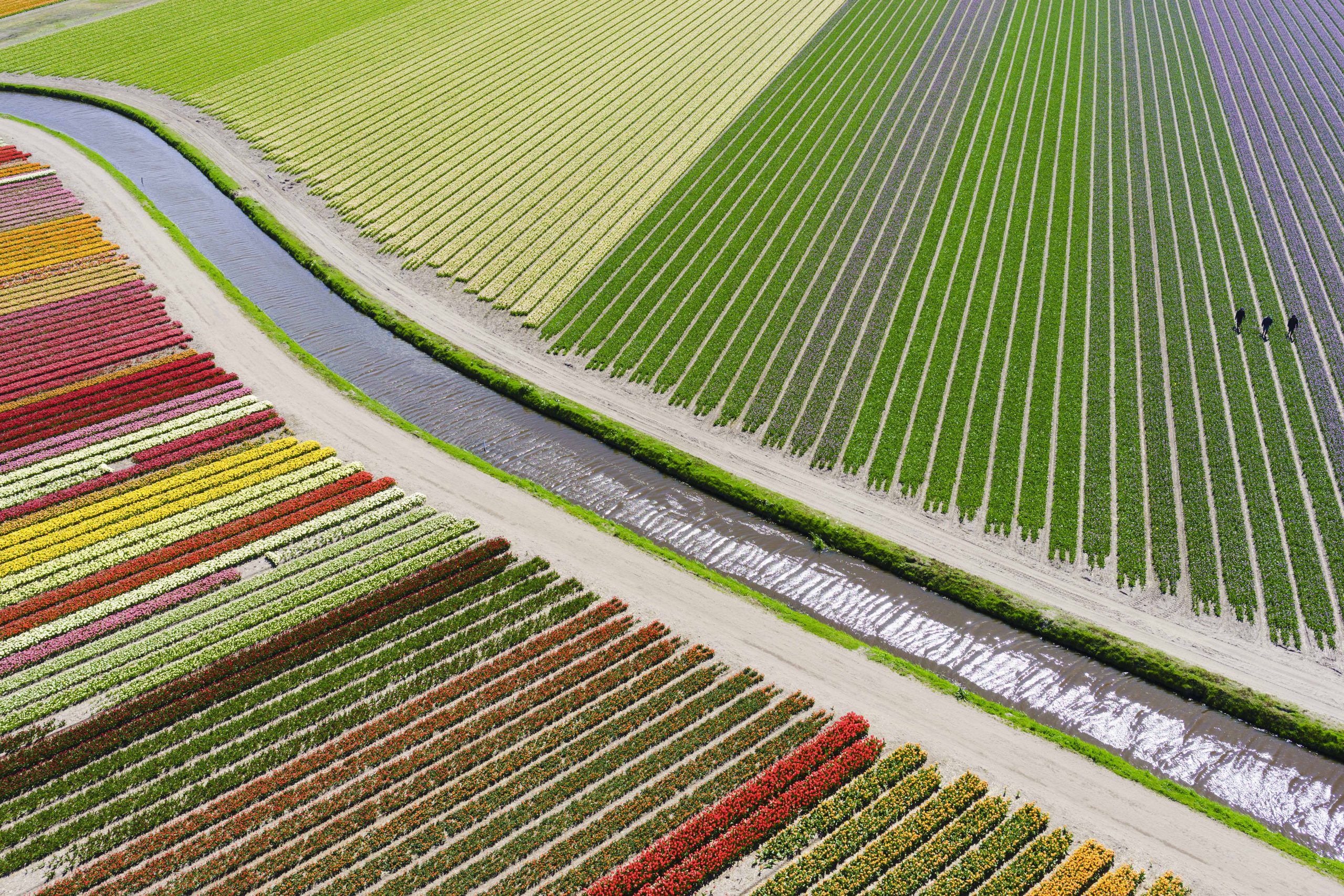 © All rights reserved - by Anders Andersson
Multi colored tulip fields, a canal and men inspecting the fields for virus infected tulips, which the remove when found. The \"tulip mania\" area in Holland is a dream landscape for a drone pilot. I´ve seen aerial images of tulip fields before, but never anything shot from a drone. So I figured that it better get to it before someone else does! A friend of mine, Ulf Hansson (who is a tulip maniac and grows rare spieces from the 1600´s) did some detailed studies of Holland via Google earth in order to find the most interesting shapes and compositions in the landscape. Most fields are square or rectangular, so I was particulary looking for odd geometric forms or fields with "organic" shape. Of course there was no way of knowing if they would be growing tulips or cabbage this particular year... The weather was also a concern, since the unusually cold spring made blooming late. If we came to early, the tulips wouldn´t be in full bloom, and coming too late would mean that they had already been harvested. We anxiouslly followed the forecast, and left Sweden on an early morning in late April, heading for the northern parts of The Netherlands, where most of the tulips are grown. We weren´t disappointed for sure! And when we closed in on the most promising field just north of Sassenheim, we passed a sign saying "tulip mania", and then we knew we were in luck. I did both shots on an angle, like this one, and even more abstract ones shooting straight down.
The drone used is a HAB paparazzo v2, made in Ljungby, Sweden, equipped with a full frame Sony A7 and a Sony zeiss FE 35 2.8 lens.
Adelaide Himeji Garden, Adelaide, South Australia, Australia
Shimanto river, Kochi, Japan
andersandersa-com
165
Born livings in Sweden, full time photographer since 2001 dronist since 2013. Flying x5RAW and HAB Paparazzo v2 with a Sony A7R, shooting mostly editorial stuff on the ground and commercial and artistic things from above. 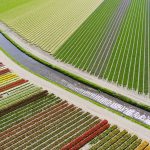