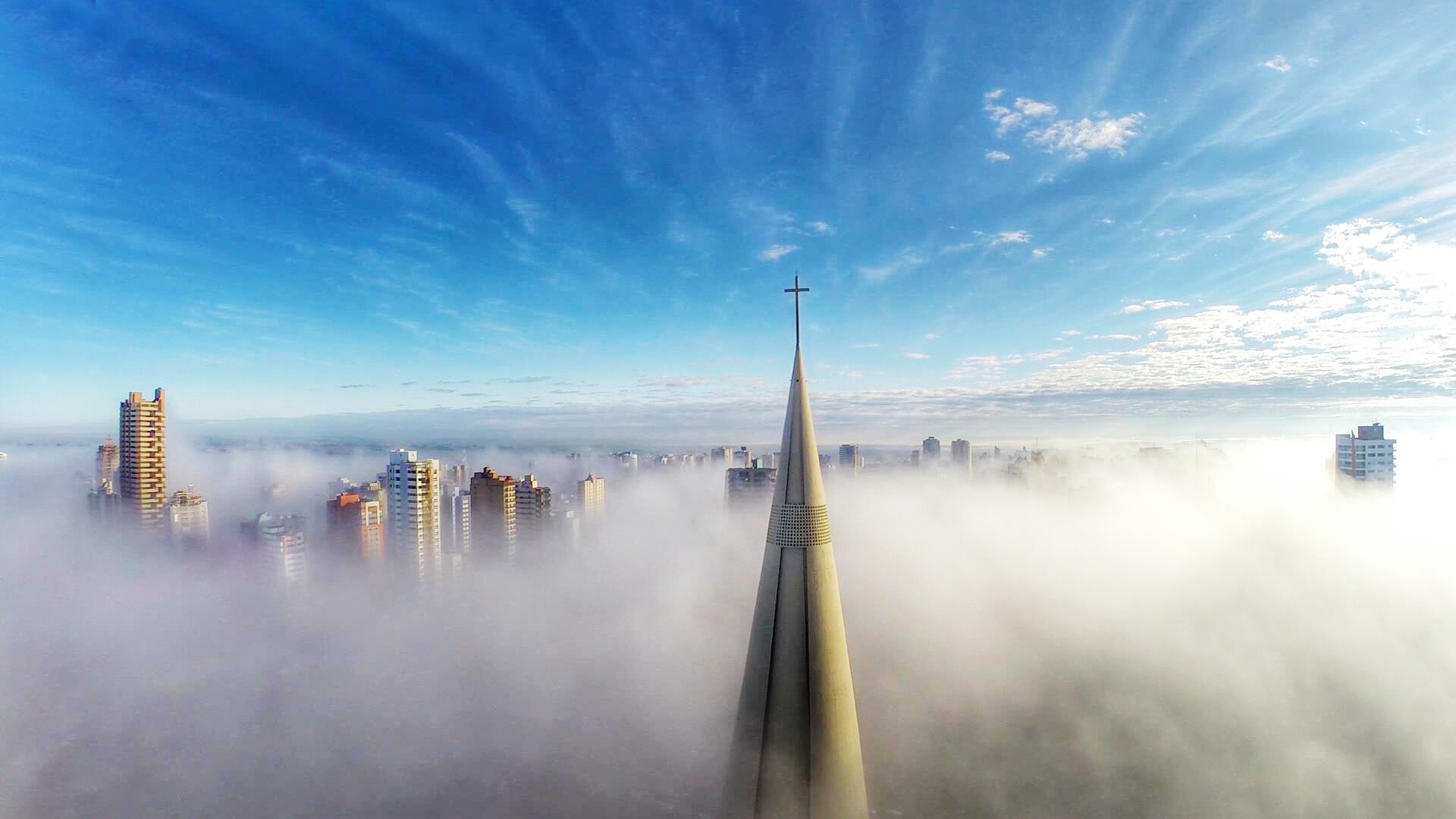 One day I saw a picture taken from an airplane, showing the center of a city surrounded by a heavy fog exposing only the tops of buildings. Since that day, I had the desire to take a picture like that; but only of my town. One morning, a dense fog formed, very rare here, because I live in a fairly leveled area where it is sunny and hot almost all year round. That day, I had a job to do with the drone and therefore the equipment was already in my car. I drove my daughter to school and on my way to work I decided to try to take the picture. I had no idea how was up there, because the only thing I could see were clouds hiding the buildings. I did not know if there would be sun, or if the weather was completely cloudy as the day before. I chose the area of Maringa Cathedral, a symbol of the city, and because this monument was inspired by the creation of spaceships called Sputniks. (Source: Wikipedia) I flew the drone few meters up, making it disappear in the fog, and soon after, flew it back down because I could not fly it without visual contact. By accessing the camera’s memory, I was amazed by the beautiful day above the clouds and to my surprise and delight, I was able to take the exactly picture I was looking for. The result is this….

29 comments on “Above the mist, Maringá, Paraná, Brazil” 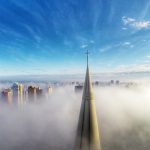