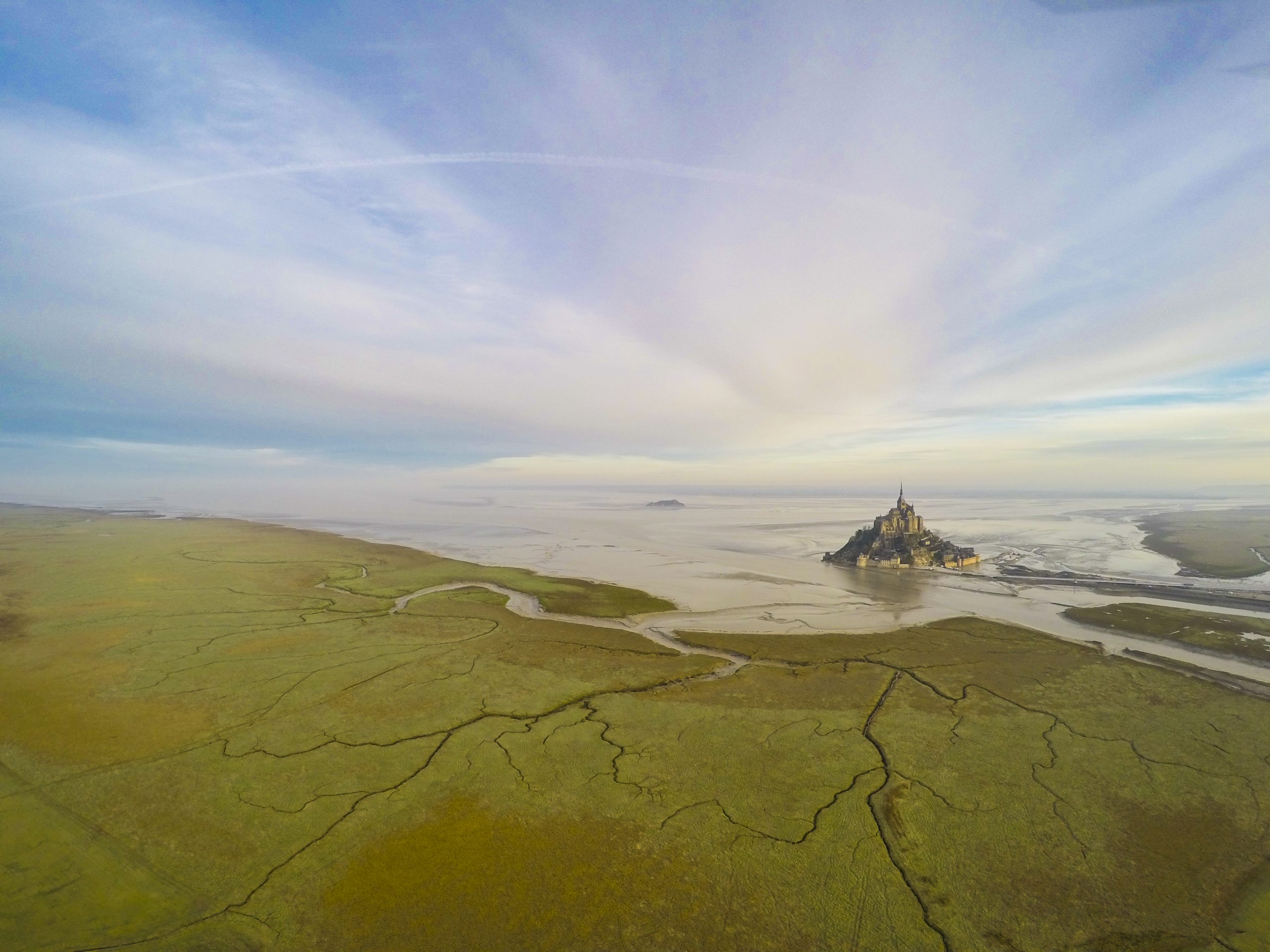 i leave closed to the Mont Saint Michel (40Km), it's a magic place, especially when you are going there in the winter, or really early in the morning. You can be alone, enjoying the place.

The sand around Mont Saint Michel moved, so if nothing was done, in few years Mont Saint Michel would have been ending in the middle of a field and not any more in the sea.
So they start some work to let the Mont Saint Michel in the sea, and 20 years later it's now almost finished.
January 2015, we had some big tide in France, so it was one of the first time that the Mount was going to be an island again.
I ask all the drone permit to do it at the big tide, and few weeks later i got all the paper.
I was following closely the forecast, and at the beginning of the week it was just storm and rain... and finally two days before the "D "Day, the Weather forecast somehow became super nice, clear, no wind at all, super cold.
So the first morning i went there at 5am, walk all the way to the Mount, and wait at the bottom. The water came slowly, and the Mount became again an island, it was very intense, the sun came out, few people were there, and i had a strong feeling to be privileged. I start the drone, and enjoy as much as i could. 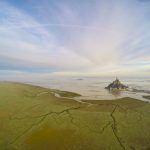