Let us feature a great drone operator based in eastern Paris, the DCOMDRONE team! 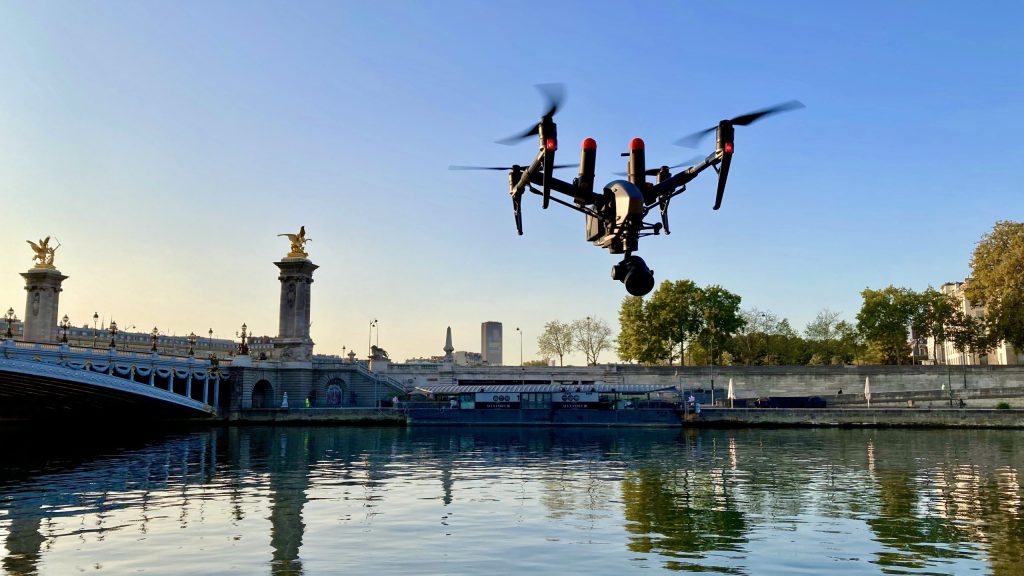 We met DCOMDRONE during one of their aerial photography services by drone in the French capital.

They have been producing photos and videos by drone in and around Paris since 2014. Their missions are never easy to implement because they work in highly urbanized areas, near 3 international airports and around ten aerodromes. Their perfect knowledge of the administrative procedures to be carried out, the documents to be gathered and provided, the conditions of operation and implementation of a drone for a photo or video service in town are a major asset which positions them among the best. drone operator in Paris.

By watching DCOMDRONE latest showreel, we quickly realized that their first job is image production.  For more than 30 years, they have been listening to the needs of image and communication professionals and they also design and produce films for companies and brands. In recent years, they have discovered the world of construction through a large number of drone services on the Grands Paris Express sites. It is currently the largest urban construction project in Europe with the construction of 200 km of automatic transport lines around Paris, i.e. as much as the current metro, the creation of 68 stations to which are added new districts combining housing , shops, offices and business centers that will transform the metropolis on the horizon of the 2024 Olympic Games which will take place in France and in the Paris regions in particular. If you are looking for a drone operator in Seine-et-Marne, Yvelines, Essonne, Hauts-de-Seine, Seine-Saint-Denis, Val-de-Marne, contact DCOMDRONE

DCOMDRONE is part of the HOsiHO Drone Pilots Network. They respond with enthusiasm and professionalism to orders from their customers who need aerial shots by drone of Paris and the departments of Seine-Saint-Denis, Val-de-Marne, Seine-et-Marne, Yonne and Aube.

It happens to DCOMDRONE to get assignments far away from the Paris region. In this example, they have hired a service they call “Multi-Site Reporting”. This clip on the city of Beauvais (department of Oise), produced during confinement in 2020, is the perfect illustration of their expertise in this area. All the images were shot on a single day. We feel that they are well versed in the production business and that we also have to trust them in directing and editing.

The day we met them in the heart of Paris, they were installed on a quay, near the Seine to produce video shots of several districts of the capital on behalf of a London executive production company which was working on the documentary series Europe From Above broadcast for National Geographic. They were two, a pilot and a cameraman to implement a high-end solution with an Inspire 2 drone from the DJI brand well known to professionals. The remote pilot landed his drone several times to allow the cameraman to change photo lenses, going from a wide-angle focal length to a standard focal length and even a telephoto lens. The rushes were recorded in ProRes format in 5K2 on an SSD hard drive on board the drone.

DCOMDRONE has 3 drones to adapt each of its photo or video shooting services to the expectations and budgets of its customers.

If you are on a tight budget, they will certainly offer you the intervention of a single person. A dronist who is both a pilot and a cameraman will use a DJI drone such as the Phantom 4 Pro or Mavic 2 Pro. These machines have a 1-inch photo sensor for 20MP.

We also discovered that DCOMDRONE is a drone operator specialized in 360 degree video production. You can entrust them with the complete production of a 360 film or simply ask them for 360-degree aerial shots in both photo and video. They made their first 360 degree film in 2014. They therefore have real know-how in immersive 360 ​​degree video.

DcomDrone Profile and Images on Dronestagram