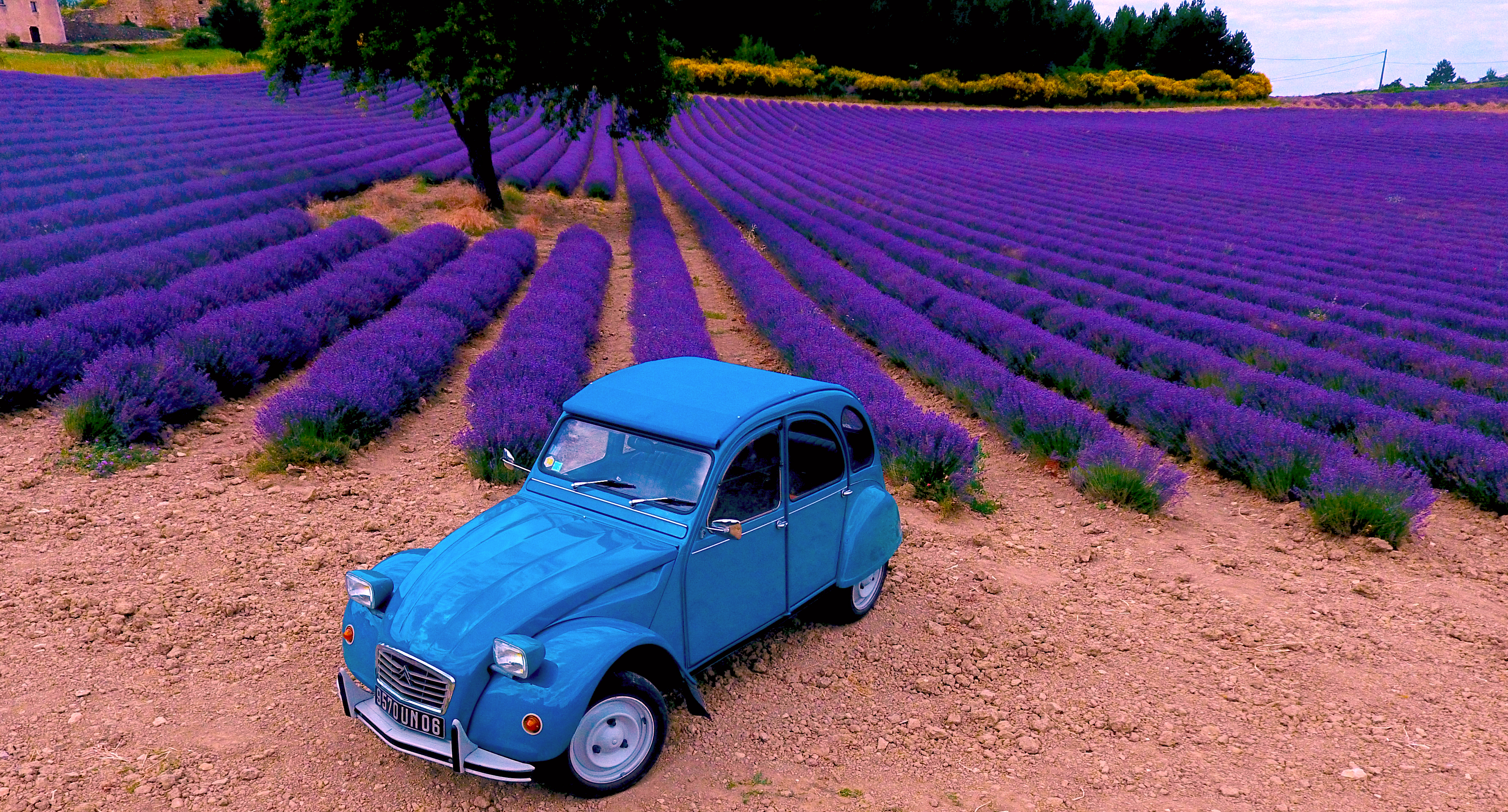 one 2cv Citroen in the lavender fields in Provence 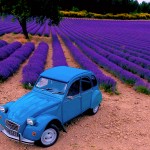