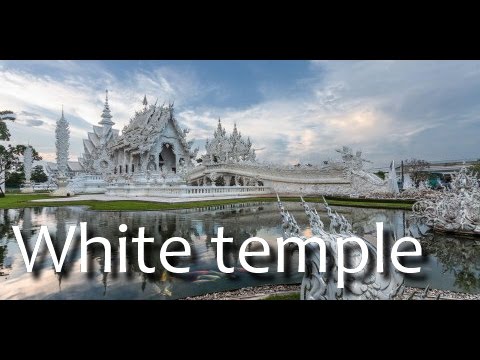 © All rights reserved - by BOBPOIL
Wat at Rong khun is known among foreigners as the White Temple..lt is artistically different from other temples in Thailand. The temple was built by artist , Ajarn Chalermchai Kositpipat, who is well*know throughout Thailand. He wanted to build the most beautiful temple in the world and to 60 followers devoted totally their effort and energy to make this structure their life work
In an interview Ajarn Chalermchai. say : ” l want to be good and valuable to my country. l want to create arts in my own style and to develop Thai Buddhist arts to be accepted internationally. l want people of all nations to come and admire my works,like when they want to visit the taj Mahal or the Angkor Wat.Therefore, l need to devote all my time to this and also to educate and pass along my vision yo at least two consecutive classes of pupils.Maybe in 60 to 90 years after my death will the project be completed” l want to be the only artist in the world who can create anything with utmost freedom. l do not want to work under anybody’ influence or thought processes. No one in the world can order me to do their forbidding, because l do not accept any monetary donations from sources including government officers politicians or millionaires. Money can give the donors power to influence the takers, much like many artist who work as employees. l, then,need to find funding to build the temple by myself.” Ajarn Chalermchai talked about the artworks that each year needed to be repaired,

changed or added-on “My number one goal is to perfect my works. That is why renovations are going on yearly. Regular visitors see changes all the time because l do not set time frames to my works. National Buddhist arts mostly are influenced by other works of art such as from India.Sri Lanka, Chiang Saen, Sukhothai, Ayutthaya and Ratanakosin. Modern arts cannot avoid to be influenced by the ancient arts. l want to break away from the influence of arts of any periods. That is why l need to commit my lift to this project.”


The parasol (chattra) is one of Buddhism's eight auspicious symbols (ashtamangala), signifying protection within the Dharma from spiritually-harmful forces. The seven-tier parasol (sawettachatra) represents the seven aspects of enlightenment – awareness, concentration, delight, effort, equanimity, tranquillity, wisdom. Some also believe it symbolizes the seven levels of heaven, the top (nirvana) being for the enlightened.

Wat Rong Khun is an unconventional Buddhist temple outside Chiang Rai that is being constructed under the direction of Chalermchai Kositpipat, a controversial, award-winning Thai visual artist intent on this being his master work, to which he is completely devoted. Construction began in 1997 and, similar to Gaudi's Sagrada Família, is not expected to be completed until after the artist's death (in 60-70 years). Work on the White Temple is largely financed by Kositpipat to maintain artistic integrity, although individual donations up to ฿10,000 are accepted. There will be a total of nine buildings on the nearly 3-acre site – viharn, chedi, ubosot, ho trai, mondop, phra rabieng, crematorium, art gallery, restrooms.
Finistère
River susaa
bobpoil
240
i just registered on your forum because I just want learn more about nice photo and video. Im French I live mostly in thailand I do some modeling in the past chopper boat and plane, with FF7 41MHz radio. Having a little more availability for 2 years I handed me modelisme by myself: no club nearby and often bp language. Today I start the FPV to connect three passions: 1) the picture / video 2) flight sensations 3) DIY / technical I know quite well aerology and aviation as a former private pilot, glider / single engine / paragliding. I have experienced for the FPV glider on a skyeye epo 2m (hk) (not powerful enough for reassuring climb rate quickly in mountain environment) then mule (hk) Twin 1.5m climbing very well but no flight range (12mn) a buffalo wing fx79 zeta science that I hope will give me more satisfaction. My quad are 250zmr and tbs discovery I use taranis TX with Module RX FrSky or dragonlink V2. I searching more range and fly time with my TBS and prefer stay out DJI product whose are very good and well but cant adapt my fly option or mesurement, i prefer use pixhawk 32 and pilot planer... 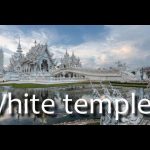