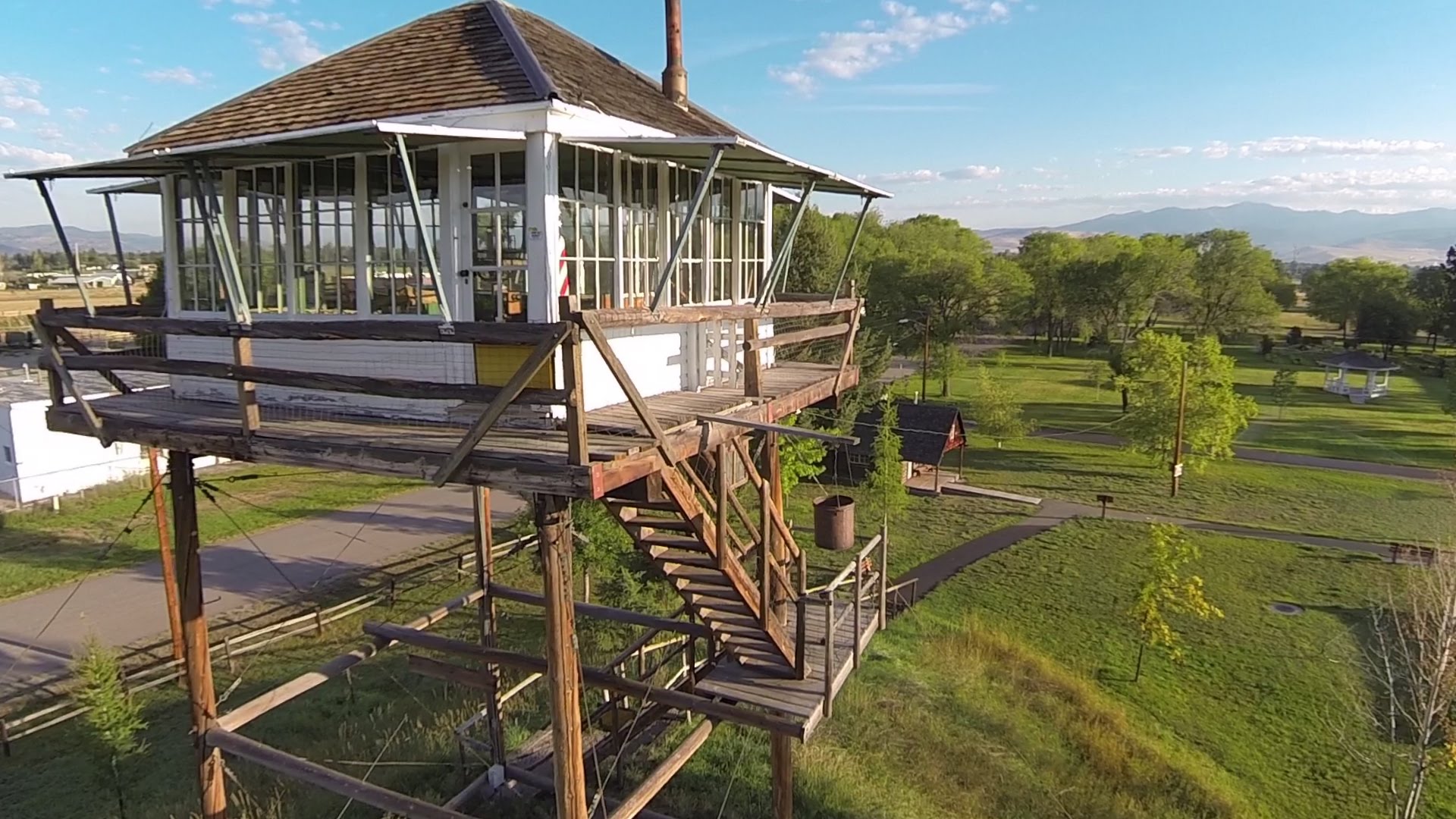 © All rights reserved - by www.youtube.com/davidegg22
See views of Fort Missoula complex as you have never seen before. The early morning August air was crisp and calm, perfect for this UAV (Unmanned Aerial Vehicle) flight.

In the distance you will see the 150 foot 1912 water tower that has not been used for decades. It now supports cell phone antennas designed to match the tower itself. The Missoula Country Club and its 18 hole championship golf course is to the left with the Bitterroot River behind.

We are now off to the Historical Museum at Fort Missoula to see the 1877-1910 Old Parade Grounds. This grassy area was used for flag ceremonies, drills and parades during Fort Missoula’s early years.

The 1910 Drummond Depot, constructed by the Chicago, Milwaukee, St. Paul Railroad was relocated to this site in 1982. We then climb up the 1946 Tipi-burner that was moved from Hamilton, MT in 2006.

The Willamette Locomotive no. 7, a Shaw-type 70-ton coal burner used by Anaconda Copper Company is another anchor of the museum just like the Sliderock Lookout, a fire lookout built 1934.

For those of you who are interested in the creation of this video:
Captured with a GoPro Hero3 Black - 1080P @ 60FPS
DJI Phantom quad copter
Tarot T-2D gimbal for camera stability
EmmersionRC FPV (First Person View) video downlink
Edited with Adobe Premier Pro 6.0

Music is "Shores of Avalon" ISRC: US-UAN-11-00633 by Kevin MacLeod (incompetech.com) Licensed under Creative Commons "Attribution 3.0"
Church of the Intercession on the Nerl, Bogolubovo, Russia
Cape Farewell, Puponga, New Zealand
davidegg
55
This channel, www.youtube.com/davidegg22 contains travel, DIY, special interest and personal interest videos that I have captured since 1990. In 2009 I upgraded to high definition and in 2014 I added aerial video with a small drone. I try to edit the videos with my audience in mind, sometimes I succeed and sometimes I do not! Either way I hope you enjoy some of my videos. Please subscribe, give a thumbs-up, share or comment on any video that entertains you! Again, thanks for viewing. Dave. 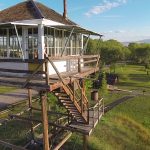