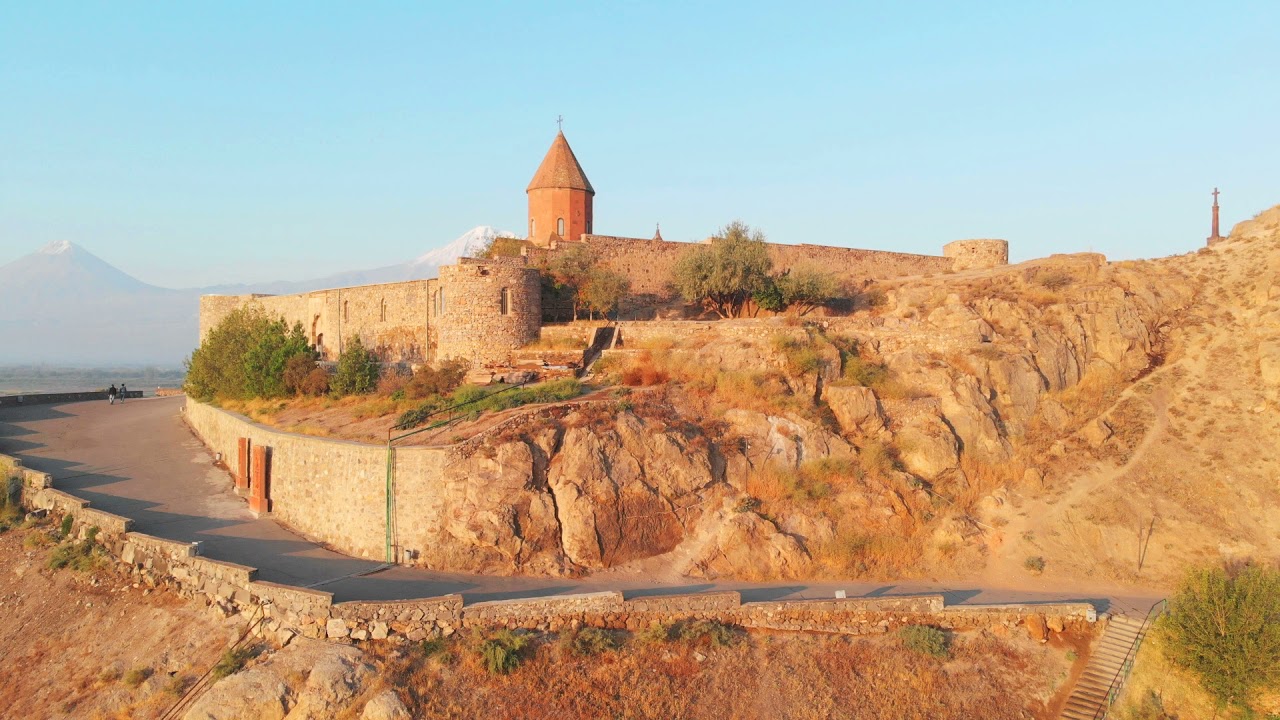 The austere and solemn beauty of the Khor Virap monastery (“deep dungeon”), which is located in the vicinity of the ancient capital of Armenia, the city of Artashat. Built on a rock in the middle of a wide plain, Khor Virap, like a vigilant guard, protects the serene peace of Ararat’s snowy cap, a little far off.
According to the biblical legend, it was on Ararat that Noah found himself with his ark during the Flood.
Khor Virap Monastery offers the best view of the mountain in clear weather.
The history of Khor Virap (which was previously not a monastery, but a state prison) dates back to 180 BC. Oe., when the Armenian king Artashes I founded the capital of the state, the city of Artashat. Subsequently, the capital moved to Dvin, and Khor Virap remained the place of imprisonment of unwanted in exile.
For all of Armenia, the monastery of Khor Virap is a significant historical place, it was here that in 301 the ruler of the country converted to Christianity, making it then the state religion. 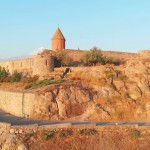