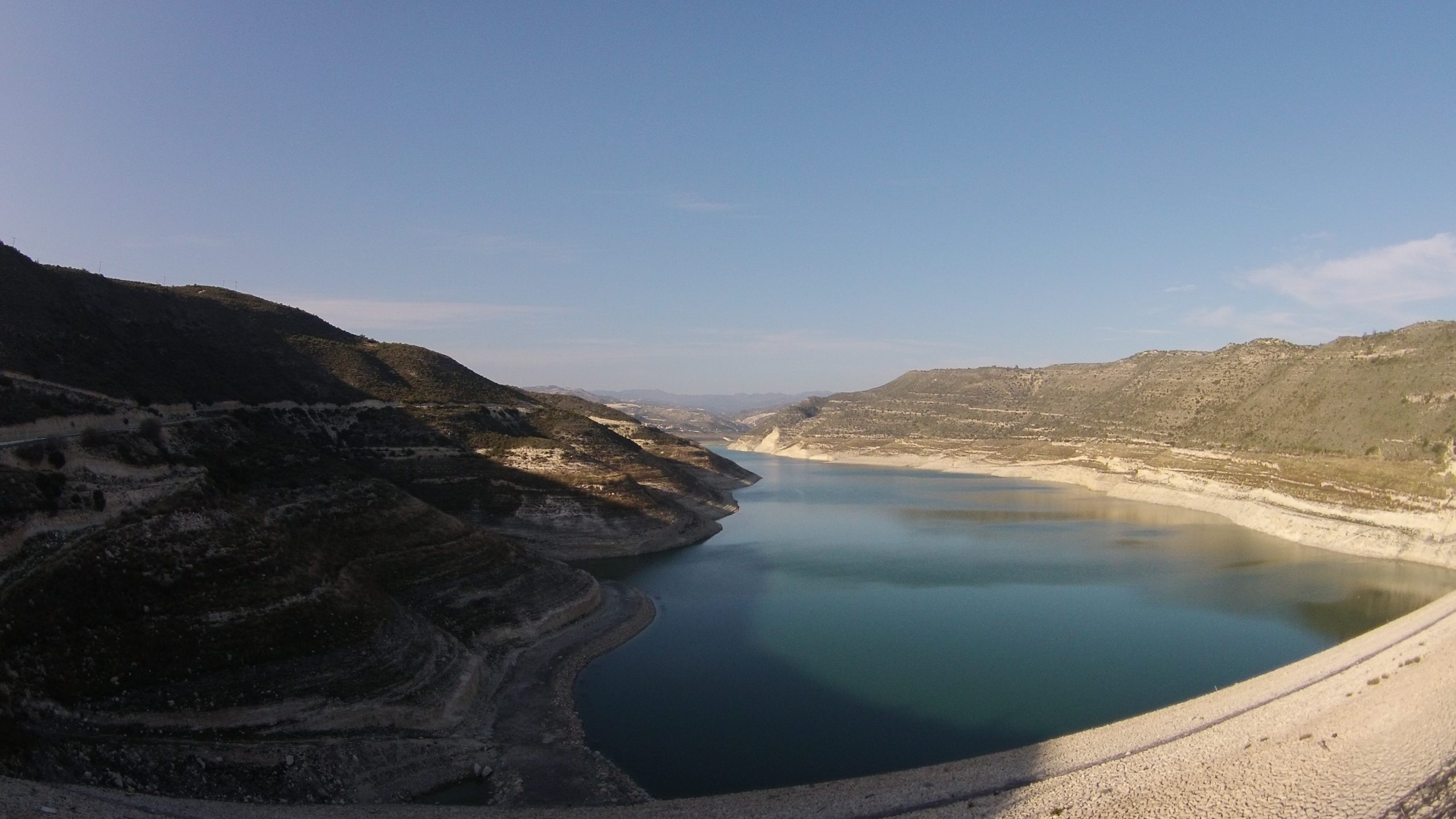 Kouris is the largest dam of a network of 107 dams in Cyprus.[1] It lies at an altitude of 250 metres (820 ft) and collects the water delivered by the rivers Kouris, Limnatis and Kryos. Furthermore, water from Diarizos river is diverted to Kouris dam via a 14.5 kilometres (9.0 mi) long connecting tunnel. It has an overall catchment area of 300 kilometres (190 mi)2.[2] The dam is located 15 kilometres (9.3 mi) northwest of the city of Limassol and 6 kilometres (3.7 mi) west of the village of Ypsonas. The dam has a central clay core zoned earthfill embankment with a height of 110 metres (360 ft) and a crest length of approximately 550 metres (1,800 ft). For its construction the whole village of Alassa had to be relocated to a nearby site overlooking the reservoir (between the Kouris and Limnatis valleys) at a cost of around CYP£5,000,000.[3][4]

Its construction was opposed by environmental groups concerned about the effects of water diversion on the Limassol Salt Lake, a wetland located downstream to the rivers and used by migratory birds.[5] The dam is part of the Southern Conveyor Project, which carries water from the SW side of Cyprus to the SE part of the island, over a distance of 120 km. The dam has a central clay core zoned earthfill embankment with a height of 110m and a crest length of approximately 550 metres providing a water storage volume of 115 million cubic metres.[6]

The construction of the dam was first proposed by the Cyprus Water Development board in 1968. Following several feasibility studies the French engineering company Sogreah [7] completed the detailed design in 1981. The contract for its construction was awarded in January 1984 to a consortium comprising J&P construction and Impregilo of Italy.

The construction cost amounted to CYP £29,000,000. Part of the funding came from the European Investment Bank.[8] Construction was completed in September 1988. It was officially inaugurated by the then president, George Vassiliou, on 22 April 1989. 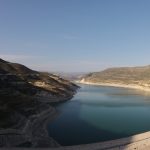