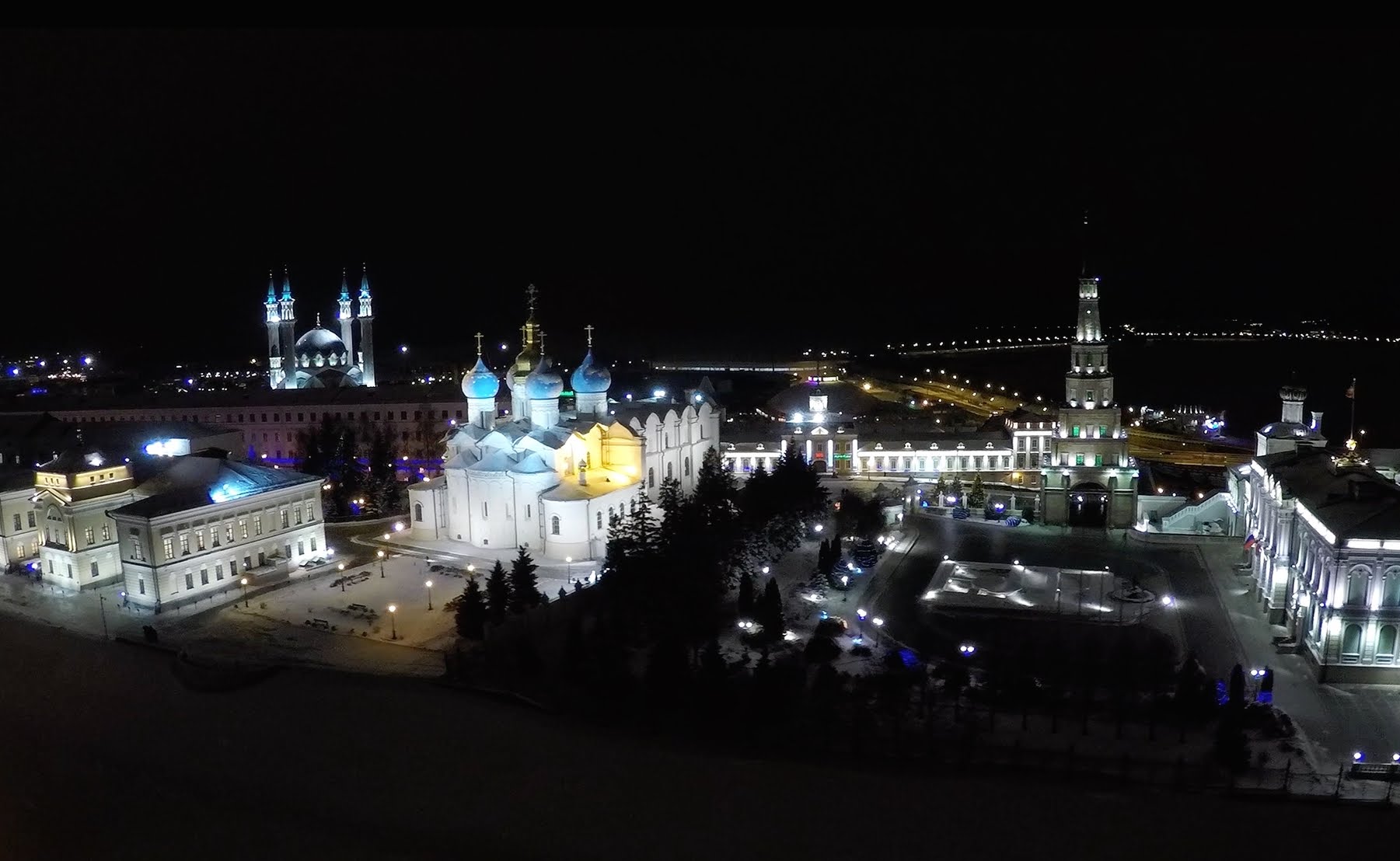 The Kazan Kremlin includes many old buildings, the oldest of which is the Annunciation Cathedral (1554-62), the only 16th-century Russian church to have six piers and five apses. Like many of Kazan’s buildings of the period, it is constructed of local pale sandstone rather than of brick. The renowned Pskov architects Postnik Yakovlev and Ivan Shirjay (called Barma) were invited by the Tzar to rebuild Kazan Kremlin in stone. The cathedral bell tower was erected in five tiers at the urging of Ivan the Terrible and was scored to resemble the Ivan the Great Belltower in Moscow, but was pulled down by the Soviets in 1930.

The most conspicuous landmark of the Kazan Kremlin is the leaning Söyembikä Tower, which probably goes back to the reign of Peter the Great. A well-known legend connects the tower with the last queen of Kazan. Another recognizable architectural feature is the Spasskaya Tower, which anchors the southern end of the Kremlin and serves as the main entrance to the Kremlin.

The Spasskaya Tower is named after the Spassky Monastery, which used to be located nearby. Among the monastery’s buildings were the Church of St. Nicholas (1560s, four piers) and the Cathedral of the Saviour’s Transfiguration (1590s, six piers). They were destroyed by the Communists during Joseph Stalin’s rule.

Also of interest are snow-white towers and walls, erected in the 16th and 17th centuries but later renovated; the Qol-Şärif mosque, recently rebuilt inside the citadel; and the Governor’s House (1843-53), designed by Konstantin Thon, now the Palace of the President of Tatarstan. The Palace is believed to be located on the site of former Khan’s palace. Tucked between Presidential Palace and Söyembikä Tower is the palace church built on the foundation of medieval mosque.

Northern wall of the Kremlin contains another gated tower – Secret Tower, so named because it used to house a secret water supply well. This tower allows pedestrian access to Kremlin, but vehicle access is restricted to emergencies only. 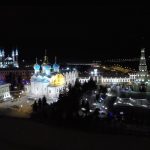