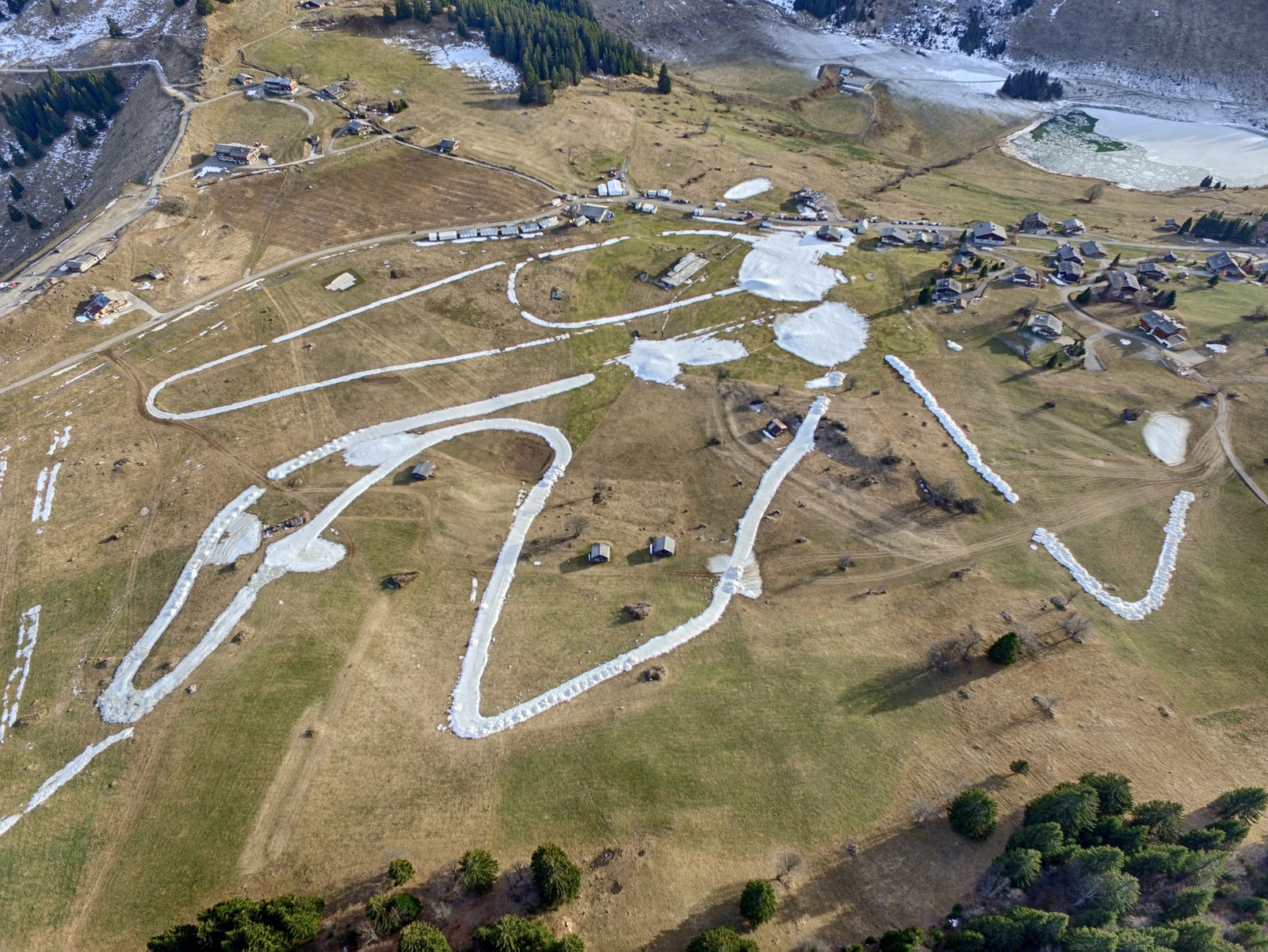 Pictures from the preparation of the FIS Cross-Country World Cup of La Clusaz in december 2016. The snow that had fallen in November had melt and there was not enough left for the competition. The organizers had to use ice from the nearby lake and snow kept from the former winter under a cover of pine needles. Trucks were used to dispatch the snow and create the track. 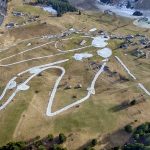