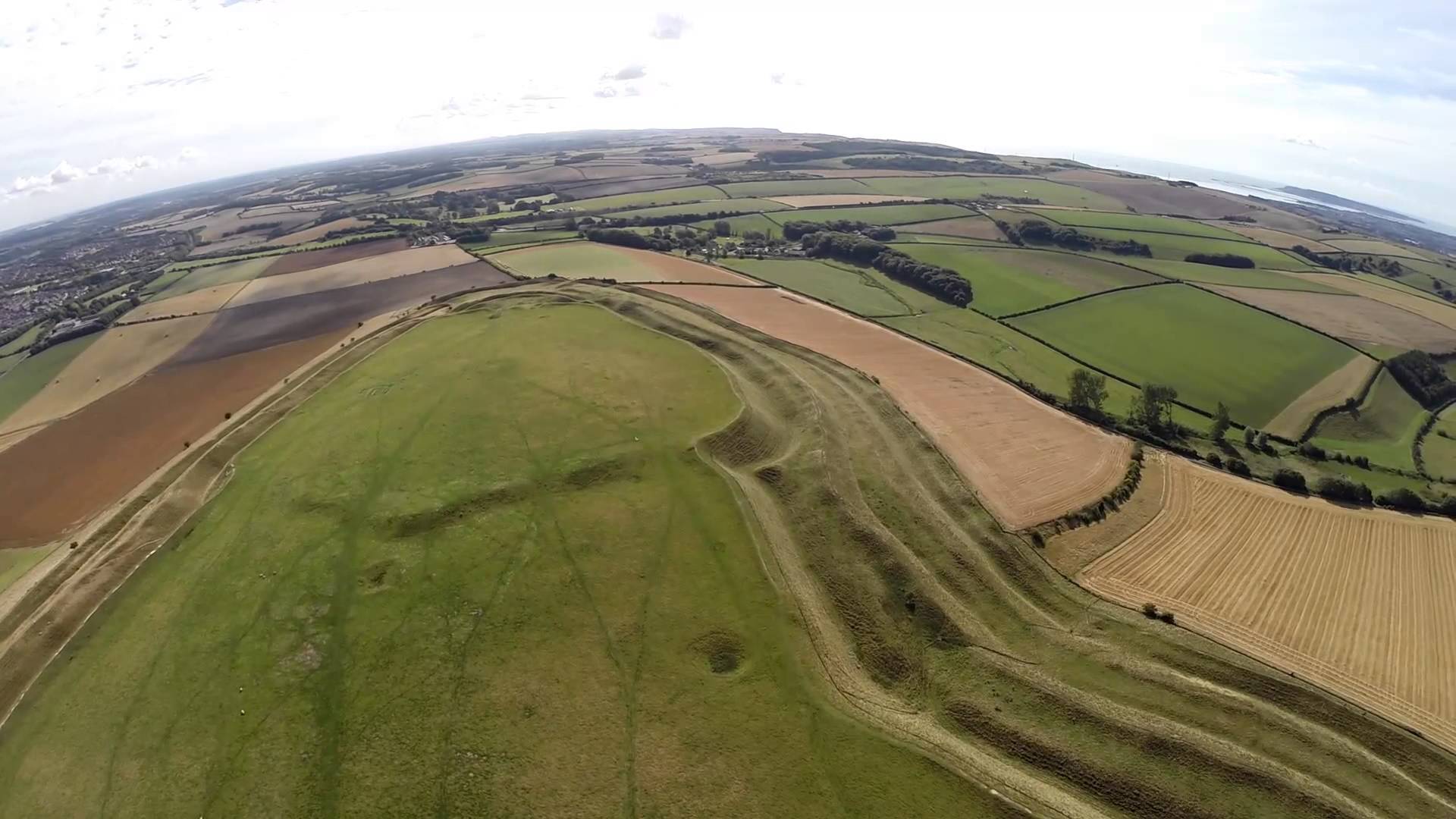 © All rights reserved - by Adrian Wood
Maiden Castle from the air. This is a compilation of video taken with the Phantom 2 and Go Pro over this Iron Age Hillfort; the largest in Europe.
The ditches and ramparts were dug by hand using basic tools like antler picks. The rings were increased over some 600 years and there was once a sizeable settlement liviing there with strong defence pallisades along the ridges but gradually the threat seemed to have decreased and most of the inhabitants had moved down into the area that was to become Durnovaria, now Dorchester, by the time the Romans came in AD 43. The Romans obviously had military action on the hill top from the evidence on display in the Dorchester Museum where there is even a skeleton with a spear head embedded in the spine. It is generally thought though that although the Romans built a temple there in about AD200, the place was mostly deserted and has ben sheep grazing ever since.
toady, the place is used by walkers with dogs, photographers and kite flyers etc.
For other pictures, see http://www.focalview.co.uk/hf.html
Saitama, Japan
Cabo Ledo
adrian-wood
165
Flies a camera in Dorset and the south of England over landscapes 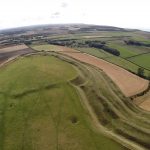