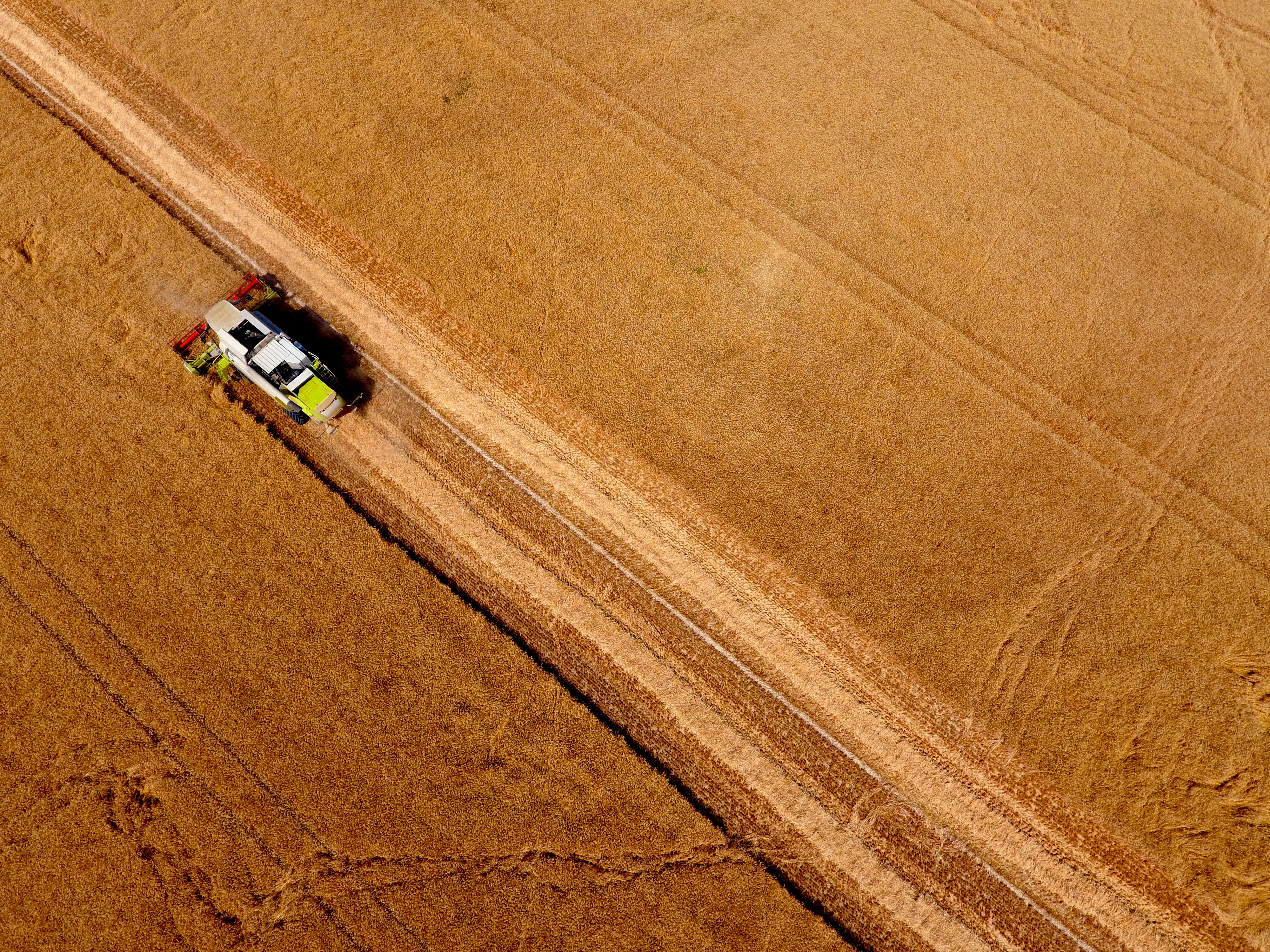 harvest wheat from of sky at Forcalquier in Provence 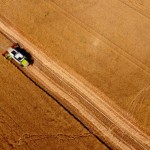