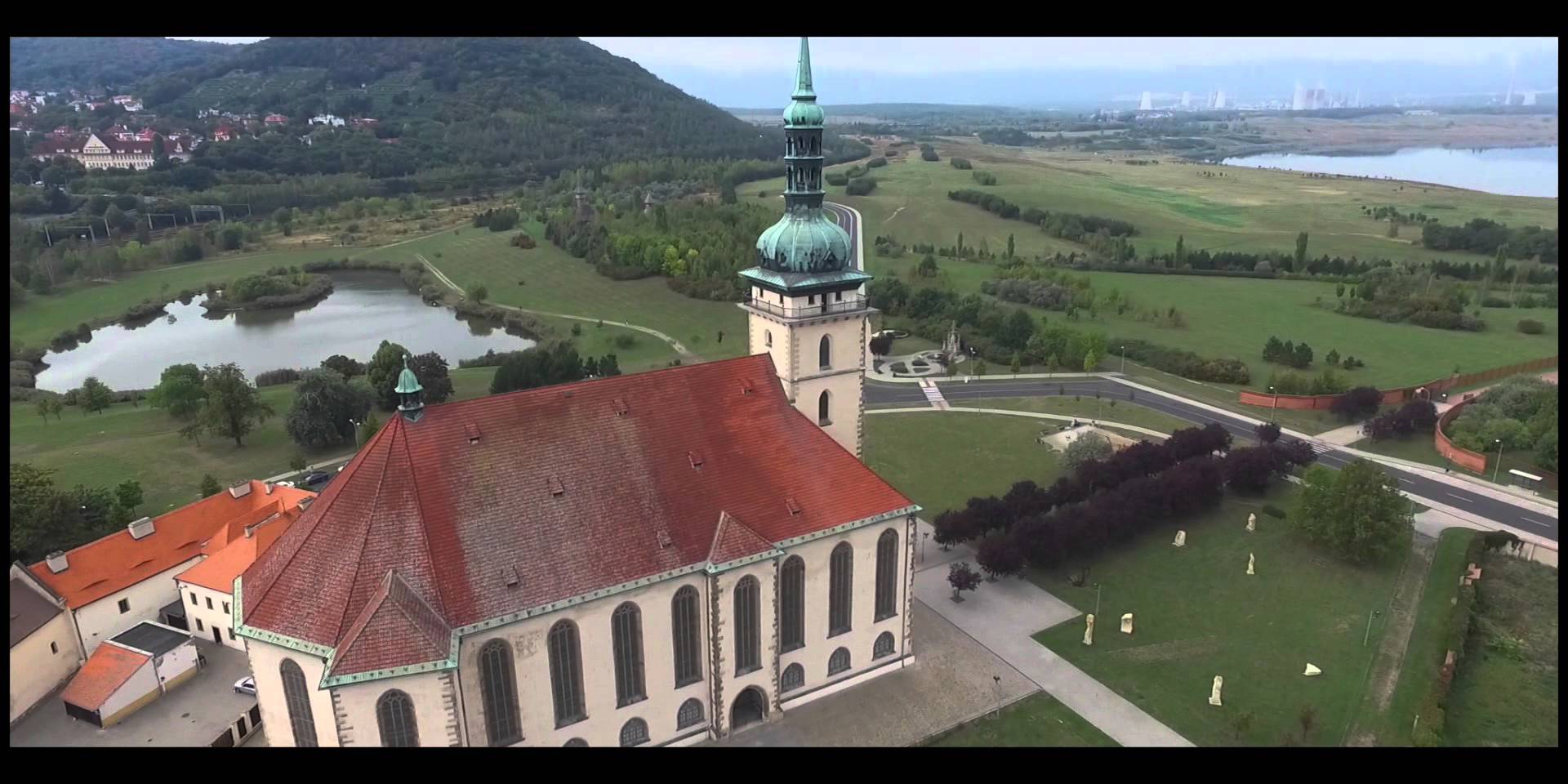 © All rights reserved - by Overclouds Production
During the sixties, Most's historic center was completely destroyed to make room for the expanding lignite mines, a process that lasted until 1980. Unlike other historical building it was decided to save the church by moving it away from mining area.

An expert committee was set up by the Ministry of Culture of Czechoslovakia to supervise the project, presided over by academician Stanislav Bechyně. From 1969 the committee was led by Alois Myslivec.

To move the building, a variant on a bow path was chosen. The transfer was overseen by the firm Transfera Praha, an organisation of the Czech Ministry of Culture, and was performed by Průmstav Pardubice and Škoda Plzeň.

Prior to moving the building, the peripheral masonry, the bearing and supporting pillars were reinforced, and the remainder of the western tower was demolished. The church circumference was reinforced by a concrete ring and the church was gripped by a steel framework construction on the inner as well as outer sides. The preparation work lasted seven years, as it was also necessary to demolish all houses in the transfer path and fill in the former opencast mine.

53 transport trucks were set on special rails, which were inserted under all statically important points of the building. These transport trucks worked using computer controlled hydraulics, as were four booms used to pull the church. During movement of the church on the road section, rails which had already been passed over were moved from behind the building to in front of it, allowing them to be used again.

Between September 30 and October 27, 1975, the church was moved a distance of 841.1 meters at a velocity of 1–3 centimeters per minute to the vicinity of the old hospital with a small church of the Holy Spirit, and it was set on an iron-concrete two-storied foundation.[2] After the move was completed, restoration work went on until 1988, and the church was solemnly consecrated again in 1993. 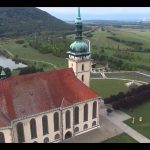