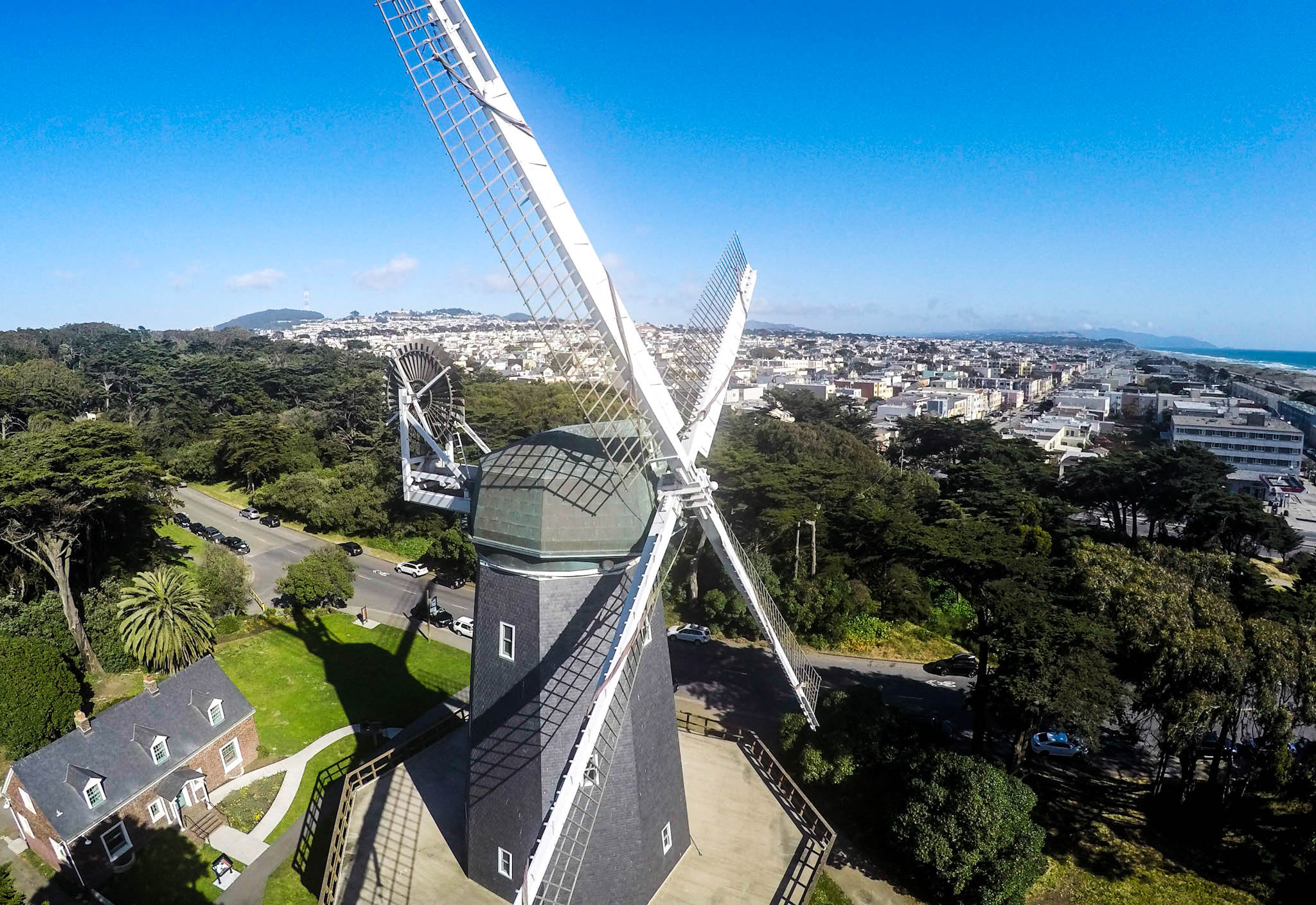 Yes, there is a windmill in San Francisco. Actually there are two. The one in this picture is on the south side of the park.

The windmill, named after a local banker and benefactor, has suffered considerable damage from an array of natural and man-made neglect. Finally, the Murphy Windmill will receive the restoration attention it deserves. Over the years, the powerful sails (considered the longest in the world) were detached and abandoned in a rotting mess upon the ground. The wrap-around wooden deck was no more and the fantail was severed from the windmill. Soon, the antique machinery and body of the windmill will reunite with a restored, steel reinforced tower in Golden Gate Park. 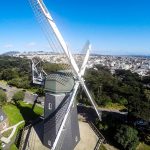