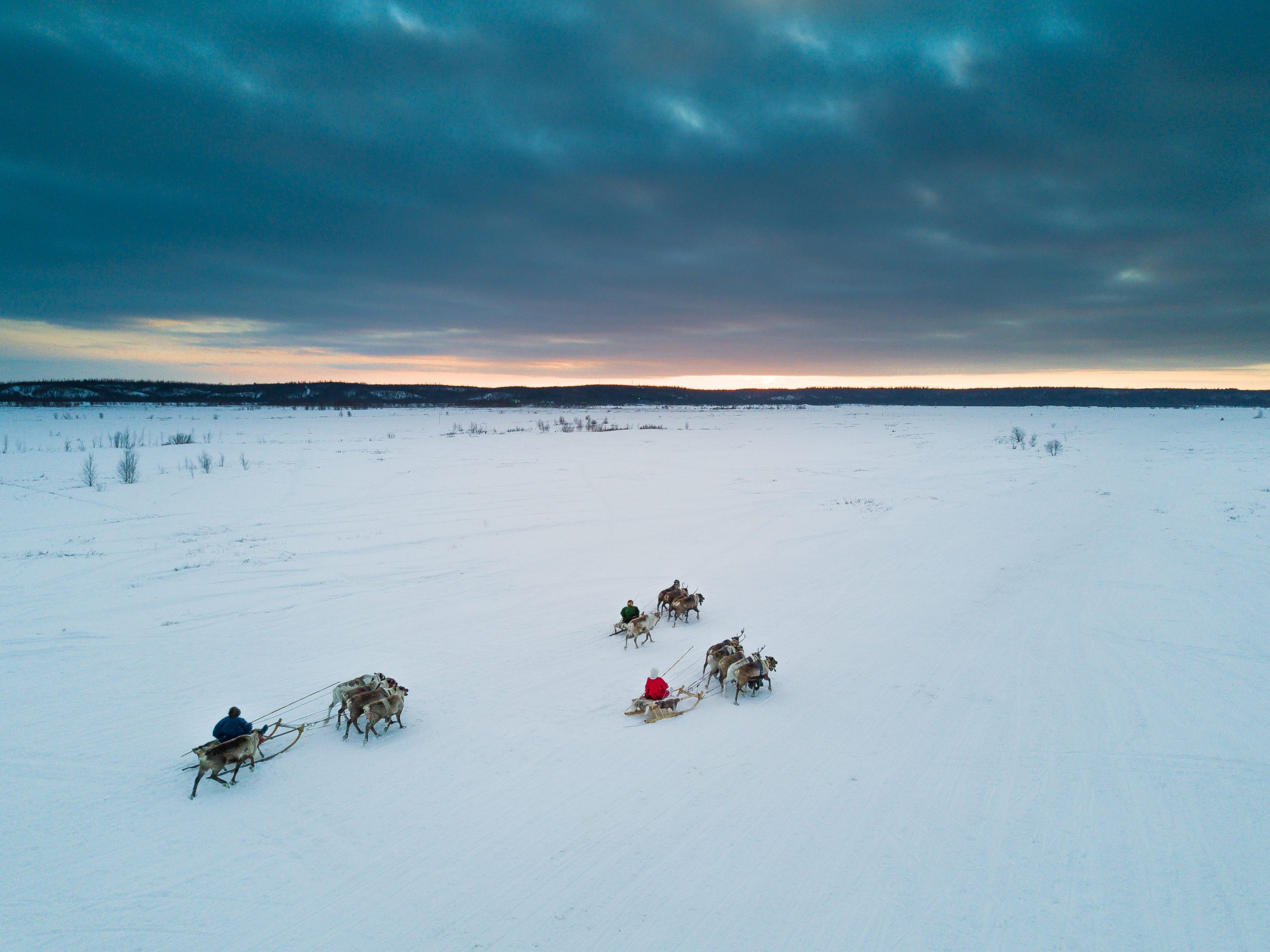 The Nenets people. Through a yearly migration of over a thousand kilometres, these people move gigantic herds of reindeer from summer pastures in the north to winter pastures just south of the Arctic Circle. 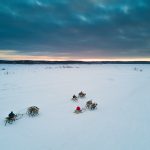