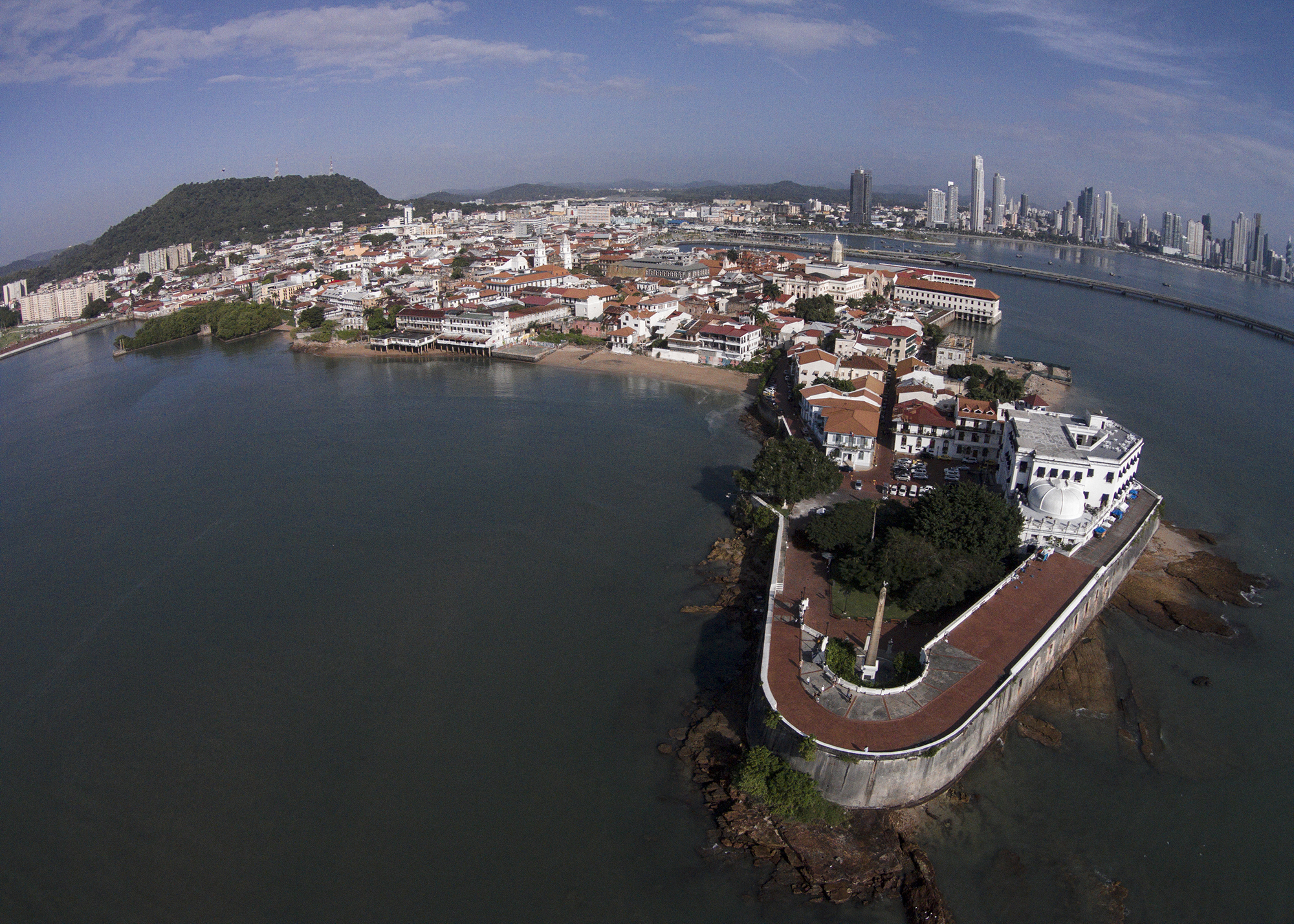 Flown from de French Plaza (Plaza de Francia) at Panama City’s Old Quarters (Casco Antiguo) in the Republic of Panama. Photo was used to show how the old city was constructed on a peninsula surrounded by corral reef. A second photo was taken to show the huge diference between low and high tide on Panama’s Pacific Coast. 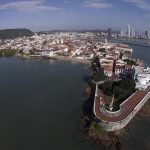