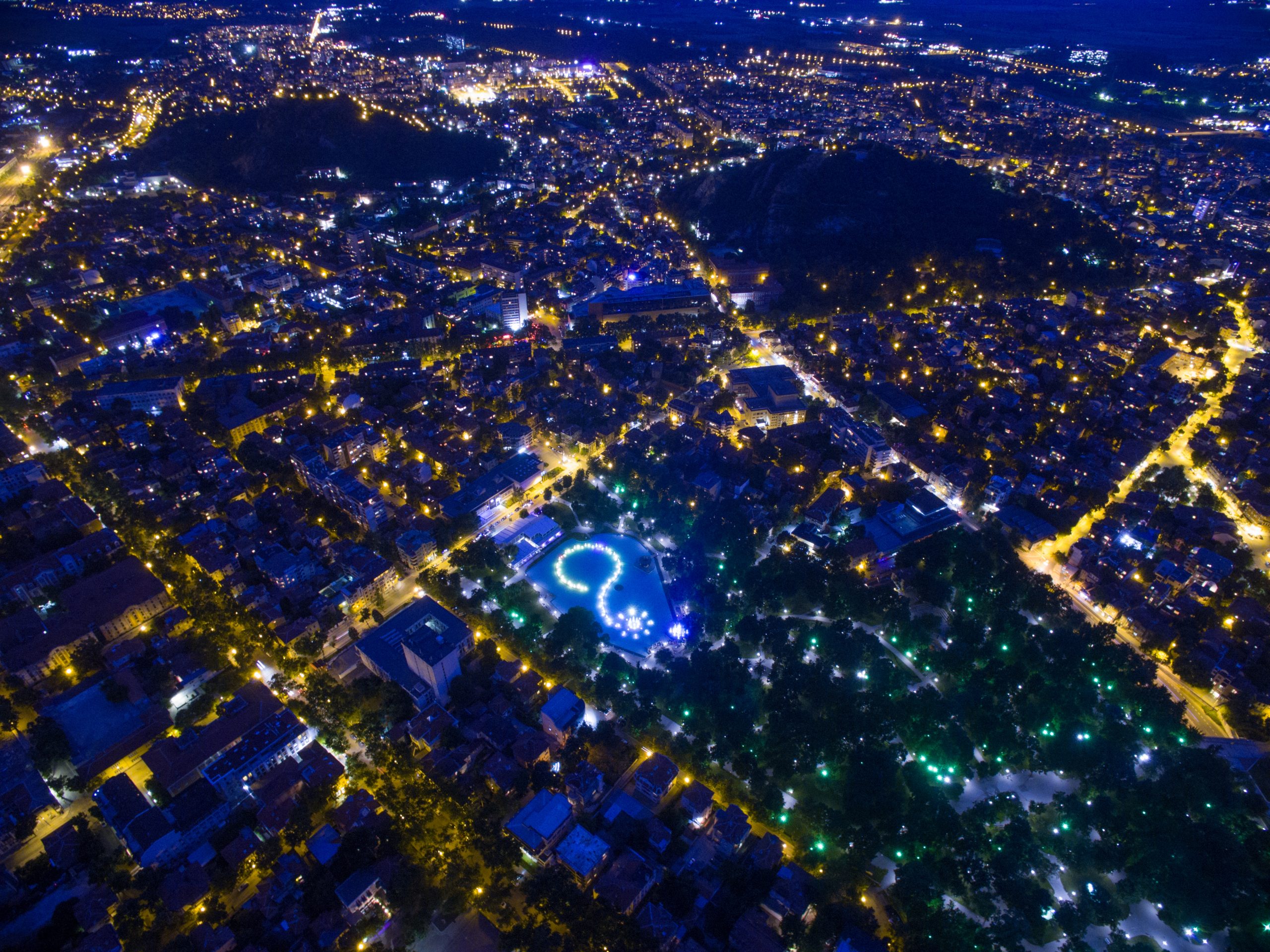 The picture is taken above the ancient city of Plovdiv; which is located in central Bulgaria; Eastern Europe. It is believed to be the oldest city in Europe that is still inhabited and alive; been at the same place for thousands of years.

What we see is a big question mark, engraved on the city’s surface by the lights of the newly rebuild musical fountains in the central Tzar Simeonova Gradina (King Simeon’s Park). The fountains, once a landmark of Plovdiv and a favorite spot for everyone to spend the evening next to; have stayed in disrepair for more than ten years. They have recently been rebuild, adding to the amazing spirit of the city, chosen for the European Capital of Culture for 2019. 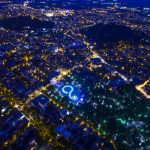