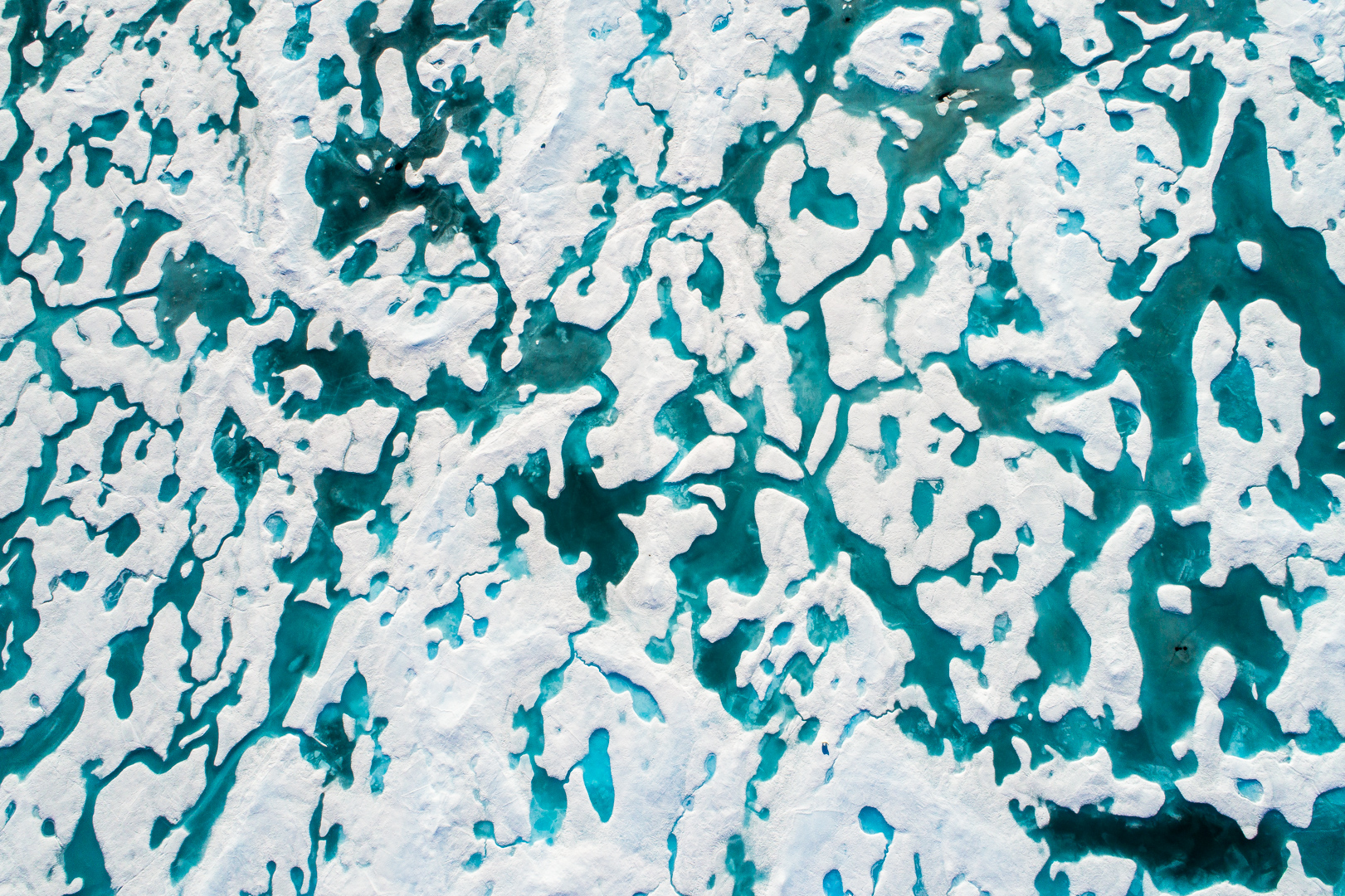 Can you Spot the two polar bear on the image? When we encountered a larger piece of ice, with few polar bears on it, the ice was totally melting. Polar bears are in the best situation on shrinking pack ice, or in the worst case lost in a free ice fjord. In both cases the efforts they have to produce to feed themselves or cubs are bigger than they use, pushing them to starvation. The photo reveals the polar bear habitat during summer in Nunavut. 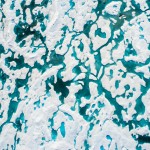