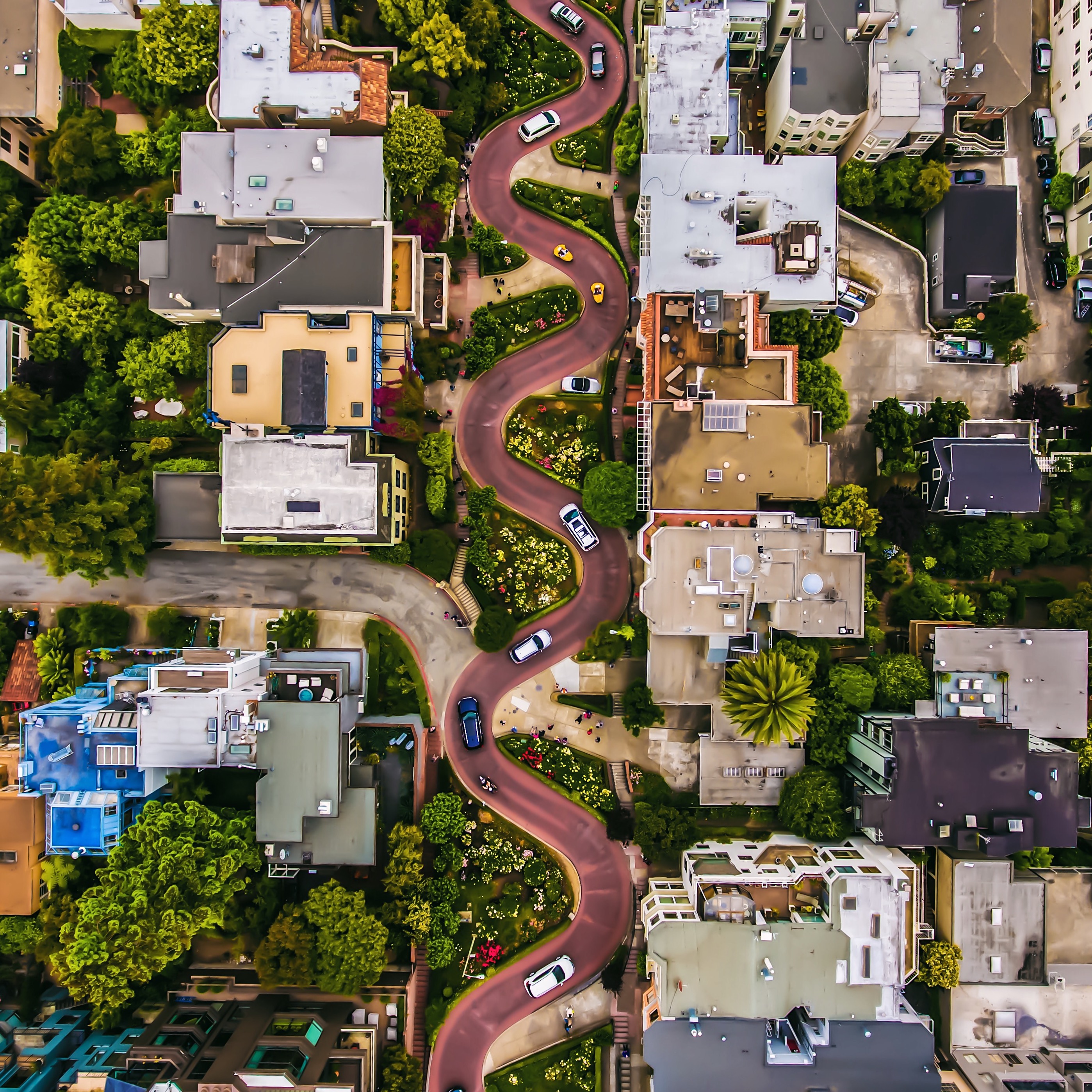 High above Lombard Street in San Francisco. Also known as ‘The Crookedest Street in the World!’ 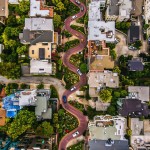